Your next big gamble 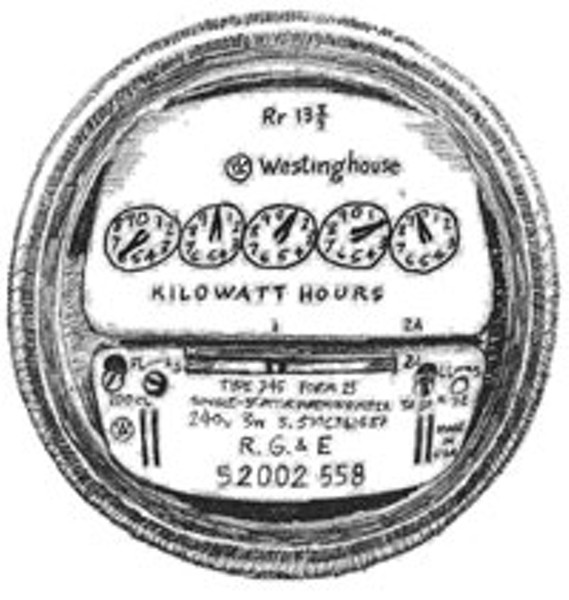 If you're like most people --- about 70 percent at the time of this writing --- you've put off making a decision about your electricity supply until the last possible minute.

Well, the last possible minute has arrived. After December 30, Rochester Gas & Electric will automatically make the decision for everybody who hasn't made their own. (The change will affect only electricity, not gas.)

But for all the hype and money the company has spent on its Voice Your Choice campaign, and despite the growing complexity of the energy market, the choice you're being asked to make is essentially a simple one: Are you willing to risk the ups and downs of the wholesale electricity market in hopes of saving money? Or do you need the certainty of knowing what you'll pay for electricity up front?

If you're willing to gamble a little, hoping that the price of electricity will fall, you'll want to choose a "variable" rate. If you worry that the price will go up, not down, you may prefer a "fixed" rate.

You can also choose to change energy suppliers --- from RG&E to another supplier, for example. (A supplier is the company that sells you the electricity; the distributor is the utility company that delivers it to your home. RG&E does both.) You can make that decision any time; there's no deadline. But if you do decide to change suppliers, your fixed-or-variable choice will follow you to the new supplier for the rest of the year.

"Once a customer is in a pricing option, they're in that option for all of 2005," says RG&E spokesperson Yvonne Selbig. "There's no getting out of it."

That's important, because the cost of the electricity itself is a major component of your bill. Regardless of which company you buy your electricity from, RG&E will continue to deliver it to you over the wires that it owns and maintains. For that delivery, every electricity user pays RG&E the same amount: $20 per month and 2.3 cents per kilowatt-hour. Think of that money as the shipping and handling charges for the electric power you've ordered. That price is mandated through a rate agreement with the state Public Service Commission until 2008. It's the price of the electricity itself for which you'll now be able to shop.

Like other consumer goods, the flow of electrons through the myriad pipes and wires that make up the fabled grid has a price tag attached. And like other valuable commodities that can be bought wholesale, its price fluctuates daily, based on the vagaries of free-market forces like supply and demand.

In the past, retail consumers of electricity (that's you) were protected from such ups and downs by the legalized monopoly we know as the utility company. In the new world of deregulated electric supply, you can still enjoy that protection --- for a small premium. Or you can opt to take your chances in the market.

Imagine that you could lock in the price you pay for the gasoline your car will burn in the next year at, say, $2.35 per gallon. That's more than you'd pay at your local filling station today. But on the other hand, you wouldn't have to worry about the political instability of the Middle East, whether hurricanes have shut down oil rigs in the Gulf, or what OPEC's up to this month.

If you choose the fixed-price option offered by RG&E, there's no mystery about what you'll pay for electric supply: 7 cents for each kilowatt-hour. That's about an 11 percent hike over 2004 rates. If RG&E can buy that electricity at a substantially lower rate, it will pocket the difference. "The fixed-price option is sort of an insurance policy," Selbig says. "Customers are essentially paying a slight premium for locking in a price."

With the variable-rate option, by contrast, if RG&E saves money when it buys power, so do you. And if the price skyrockets, it comes out of your pocket, not RG&E's. The rate early this week was about 5.4 cents per kilowatt hour; it has fluctuated from as little as 4.9 cents at the start of October to as high as 6 cents in mid-November. When it calculates your bill, RG&E will take the average rate over that particular billing cycle. The principle remains the same from one supplier to another, although the rates differ.

What doesn't change is RG&E's obligation as an electricity delivery company. With 16,000 miles of wires strung across a quarter of a million poles throughout parts of seven counties, the company remains deeply invested in the power transmission infrastructure. In fact, it's always been skewed toward supply and delivery and away from generation; even when it was the region's sole electricity provider, RG&E always bought power from other generators.

RG&E still operates a handful of small hydroelectric dams along the GeneseeRiver, and Russell Station in Greece, but Russell is slated to go offline in 2007.

"We're focusing on being a pipes-and-wires company," says Selbig. That means that even under deregulation, RG&E is accountable to the state Public Service Commission for the upkeep of its infrastructure.

"There are strict standards that we have to adhere to and targets that we have to meet regarding customer service," says Selbig. Among those targets are maximum standards for the frequency and duration of power outages, for example, she says.

The Public Service Commission is also responsible for preventing the kinds of catastrophic problems --- rolling brownouts and price-fixing scandals --- that gave electricity-market deregulation a black eye in California. PSC spokesperson Edward Collins says that the different structure of deregulation in New York will help his agency do that job. California experienced such problems, Collins says, because unlike New York, it deregulated legislatively, rather than administratively. That's a "huge, major difference," he says. "In California, when issues surfaced they had to be dealt with legislatively. That can take an enormous amount of time. I think that most experts around the country who follow the introduction of competition would tell you that California was actually straightjacketed by legislative fiat."

That won't happen in New York because the PSC has the flexibility needed to respond to such problems, says Collins.

"Because it was done administratively, the commission and its staff is able to take action really on a moment's notice when issues surface," he says. "We've got engineers, we've got technicians, we've got economists, we've got consumer experts; we've got people in all these key fields watching and monitoring and intervening in terms of ensuring that competition is evolving in the best public interests."

What's more, he adds, the PSC has the bite to back up its bark: "An order from the commission has the force of law," says Collins.

Not everyone shares Collins' confidence in the PSC's regulatory authority or in its commitment to the public interest.

"No one really is answering to the public," says Jason Babbie of the New York Public Interest Research Group. "It [the system] is getting further and further away from having to answer to the ratepayers and to the consumers. The more it slips away from that, the less the average New Yorker is going to be able to influence the decisions and probably the less favorable the policies are going to be toward them."

Allowing citizens a greater stake in the system is vital, because electricity "is not simply a commodity, which is basically what it's been turned into," says Babbie. "I mean, you buy and sell it just like you do soybeans or whatever. But electricity is a vital part of our lives. So it needs to be treated differently than simply another market commodity."

Upholding that important distinction --- between an essential service and any average commodity --- is a duty that belongs to the PSC, and it's one that they've largely abdicated, contends Babbie.

The Voice Your Choice campaign would have been one opportunity for the PSC to provide a degree of such transparency --- and a useful service to the public --- by compiling the competing rates, pricing options, and services each electricity supplier is offering in a central location. Such information would have saved state residents countless hours on the phone and the web checking rates, and would have reduced the complexity of sorting through competing offers.

But that hasn't happened. As it stands, electricity users must call around to each company individually or search company websites for the information they need to make a choice.

For an agency powerful enough to order large companies around, the PSC is oddly limited. Asked why the commission hadn't compiled a chart of rates offered by each company, Collins replies that they had indeed asked each company to provide that information. "We don't have the legal authority to compel the companies to give us that information," he says, adding that the commission is still hopeful the companies who withheld the information will rethink that decision.

Of course, the stated purpose of deregulating and offering choices is that competition could drive down prices. But with such a complicated system to navigate and with basic information so difficult to track down, can there be any meaningful competition? Who is deregulation really benefiting? Collins points to the almost 300,000 New Yorkers --- about 34,000 in RG&E's service area --- who switched from their local utility to another electricity company even before Voice Your Choice-style campaigns.

That's "a good sign that people are able to get this information and use it," he says.

Still frustrated? Don't waste too much time worrying about it: You'll have the chance to "voice your choice" again next year. And again the year after that.

RG&E's current rate agreement for delivering your electricity lasts until 2008, when the company again negotiates with the PSC over what it will charge for delivery and what options it will offer customers.

Early this week, the Public Service Commission announced two "energy fairs" to let RG&E customers meet individually with representatives of each of the electricity suppliers participating in the Voice Your Choice program. The representatives will provide additional information about their offerings.

People who aren't able to get to one of the forums can get rate information about some of the suppliers --- but not all --- on the PSC's website: www.askpsc.com.

Here are the choices you can make about electricity supply for your home:

You choose whether to pay a fixed rate for your electricity during 2005, or pay a rate that varies with the electricity wholesale market. Once you choose which type of rate you want, you keep that pricing option for the whole year.

You can buy electricity from RG&E or from any one of six other energy companies that operate in RG&E's region. You can change from one electricity supplier to another at any time. (RG&E will continue to deliver your electricity.) How do you choose? You'll have to get price information from each supplier.

Here's a list of addresses, phone numbers, and websites for companies offering residential electricity supply in RG&E's service area (you can also find this list, with links, at www.rge.com):

Regardless of your supplier or your pricing option, you have the right to a budget billing plan that spreads out the cost of your electricity use over the entire year rather than having it fluctuate, peaking during peak usage seasons.

Care about the effects of your energy consumption on the planet? Whether you choose a variable or fixed pricing option, many energy companies let you buy some or all of your electricity from renewable, environmentally friendly sources like wind or hydroelectric power. Since electricity generated from the burning of fossil fuels is still usually cheaper than most renewables, be prepared to pay a small premium --- usually a penny or two per kilowatt hour --- for your conscientiousness.