By David Andreatta and Randy Gorbman

PHOTO BY MAX SCHULTE The athletic facilities at the Carlson MetroCenter YMCA on East Main Street in downtown Rochester is closing the athletic facilities at the site.
The fitness center at the YMCA Carlson MetroCenter in downtown Rochester will close permanently today, the YMCA of Greater Rochester announced Wednesday, citing low membership numbers and financial distress.

The branch, located on East Main and Gibbs streets, will continue to provide its other services, including child care and after-school programs, and summer camps.

The Carlson MetroCenter is the second YMCA fitness facility in the city to close in the last year. The YMCA of Greater Rochester last summer shuttered the Monroe Avenue branch entirely, as well as its only branch in Victor in Ontario County.

Access to the fitness center at the Carlson MetroCenter, including its gym and pool, was suspended in November.

George Romell, the YMCA’s president and chief executive officer, said about one in five Carlson members were using the facility when it was open and that the center averaged fewer than 500 visitors a day. In addition, he said, even with more active suburban locations subsidizing operations in the city, the Carlson location had been losing more than $1 million a year since 2017.

“It became very clear that based on participation you literally cannot support an operation that has 65,000 square feet dedicated to this program and serves an average of 500 people per day,” Romell said. The announcement that the Carlson fitness facility would close for good was met with frustration by one longtime and prominent advocate for the YMCA — Monroe County Legislator Rachel Barnhart.

"YMCA's have closed urban locations across the country in recent years," Barnhart said. "What makes this particularly painful is that the YMCA chose to invest in the most affluent suburbs instead of the city, where its services are needed the most.

"The YMCA blames declining membership that management itself caused by investing elsewhere."

Romell said he realized that the move may suggest to some that the YMCA is placing more emphasis on its facilities in the suburbs than in the city. The YMCA has five locations in the suburbs, including the giant Schottland Family YMCA in Pittsford that opened in 2019.

But Romell said the main goal behind investing in the suburban locations was to generate revenue that can help support the Y’s urban mission.

The YMCA continues to operate three locations in the city, including the Maplewood Family YMCA, the Southwest Family YMCA, and the YMCA Center for Equity at Lewis Street.

Romell said the YMCA is committed to enhancing those locations and the YMCA’s Community Services Division.

“I think of what we do at Lewis Street, now with the Equity Center. I think of the day to day activity for the last decade in Maplewood,” Romell said. “The fact that we have an operation in the southwest.

“It’s not lost on our board that that really is helping to cover a significant amount of the Crescent,” Romell went on, using the nickname often used to describe a largely impoverished swath of Rochester. 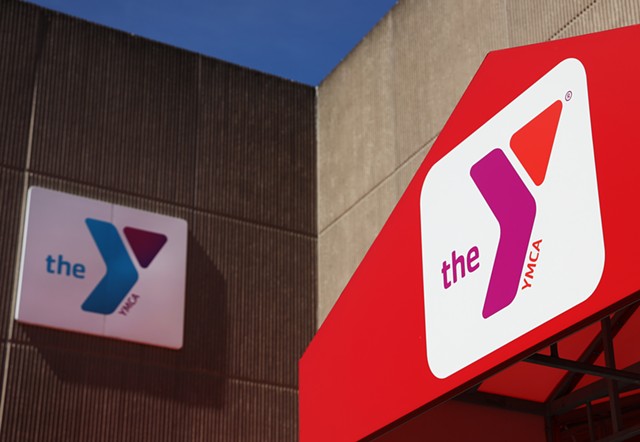 The YMCA of Greater Rochester is also establishing a task force for “mission-critical city services” to help reposition the way the Y delivers services, he said..
“We will look at alternative locations. One of our goals is to make sure health and wellness and other services are closer to people in need and have the opportunity to impact them,” Romell said.

The task force begins its work in May and the process is expected to take several months.

YMCA officials said that Carlson staff who are currently working will continue to work in other Y locations. All currently furloughed staff (who have been on furlough since last November) will lose their jobs. The organization said that employees who lost their positions are able to reapply for any open position throughout the YMCA.