If you google “birth of the beer can,” everyone’s favorite digital majordomo is going to bring you articles that place the vessel’s origin in Richmond, Virginia, when on January 24, 1935, Krueger Cream Ale went on sale for the first time “bottled” in metal. Back then the cans were flat-top, tab-less steel items that you had to crack into using the pointy end of a churchkey opener.

Also credited for the beer can’s origins is the American Can Company, which manufactured the first cans from its factories around the country, including one on Parce Avenue in Fairport. The suburban village is proud of its historic role in beer culture, and commemorates the invention each year with Beer Can Appreciation Weekend. 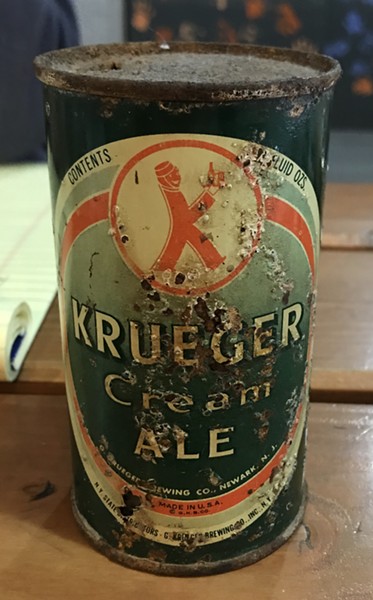 The can turns 85 this year, and you can toast its success at festivities that kick off on Friday, January 24, which is when Beer Can Appreciation Day is celebrated nationally, and continue through Sunday, January 26. It's no secret that Rochester has a fairly crowded beer culture, and the wee village of Fairport itself is home to a handful of breweries. Those sites as well as local pubs and eateries will host a weekend-long crawl with beer tastings and other specials. Participating venues and businesses include Triphammer Bierwerks, Iron Smoke Whiskey, Fairport Village Inn, Feeling Healthy Store, RE/MAX Hometown Choice, B-Side, Mulconry's, Donnelly's Public House, Lulu's Taqueria, FairPour Coffee Roasters, Red Bird Market, Skip's Meat Market, and Fairport Brewing Co. Cheers!

Details are available at finditinfairport.com.