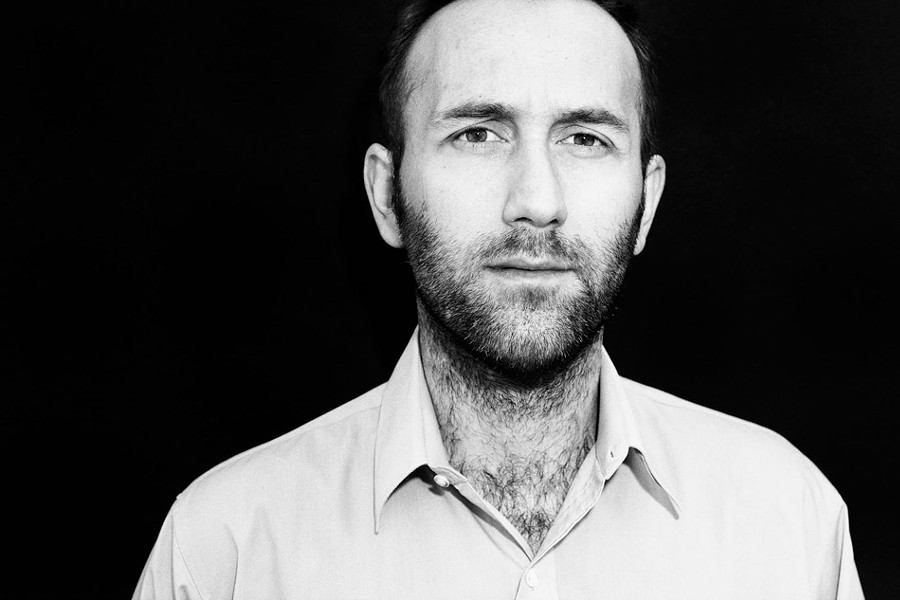 Writers are all too familiar with dry spells, creative roadblocks, and blank-page totalitarianism. The analogies are plentiful, and for good reason. But once victory is claimed -- finished manuscript raised triumphantly in the air -- what next?

In part, this is exactly the question that Writers & Books and its Executive Director Kyle Semmel want to answer with the new literary conference called The Ladder. The June 16 conference at Rochester Riverfront Hotel will be a marathon: a day-long boot camp featuring the expertise of more than 40 literature industry professionals -- published writers, editors, agents, and assorted panelists among them -- and 12 different workshops, all designed to help writers up their game.

"It's not just for those who are looking for a publisher," Semmel says. "It's also for those who are looking at developing their craft. This is a networking opportunity among local writers, it's an opportunity to witness panels that discuss, for example, character and fiction and prose. So it's not just about finding an agent. In fact it's quite a mishmash, in a good way, of various things that are on the publishing ladder, which is why we're calling it The Ladder."

The Writers & Books website identifies the "four rungs" of that ladder as "Write, Edit, Connect, and Publish," and the individual workshops are wide-ranging. In "How a Book Happens," local writer Leslie C. Youngblood will be joined by Disney-Hyperion Senior Editor Laura Schreiber to discuss the process of producing Youngblood's forthcoming young adult novel "Love Like Sky," including "point-of-sale to editorial to cover design," Semmel says. The discussion will be moderated by writer and Monroe Community College professor Tokeya Graham.

There are other panels about how to develop your literary characters, how to catch the eye of a literary agent, and even a seminar by Rochester lawyer Mark A. Costello about book publishing contracts and copyright do's and don'ts. Practical advice is clearly of paramount importance at The Ladder, as is insight into underrepresented writers and communities, as evidenced by the poignant panel talk "A Divided City: Navigating, Race, Gender, and Class in the Rustbelt," featuring writers Rachel McKibbens, Reenah Golden, and Lu Highsmith.

"I believe that exposing writers to practical information about navigating the realm of traditional publishing is something many people are looking for," Graham says. "Being exposed to writers of color who are often overlooked is another element that helps attendees learn stories of populations who are often stereotyped. There is power in witnessing writers on the margins amplify their own voices."

When asked about what logistical and creative concerns The Ladder might seek to address, Graham says she doesn't see a set agenda, but instead an open discussion: "I am not sure that the conference aims to 'solve' issues, but rather highlight various experiences and expertise in the writing arena. But by no means is the conference the end stop. I would like to think of it as a launch point for many different perspectives to be shared."

Semmel wants writers to come away from the conference feeling refreshed and excited about the process." The intention is to create opportunity," he says. As extensive as The Ladder is, opportunity is tempered by the financial realities of mounting such a series of events. Admission to the conference is $190 for existing members of Writers & Books, and $220 for the general public. That said, partial scholarships are available for those looking to offset costs, and Semmel is looking to secure more sponsors to help provide more scholarship funding in future years while keeping the admission cost from increasing.

The scope of the conference, which extends beyond June 16, is also designed to create opportunities. Semmel sees The Ladder as an emerging festival, and to that end, 18 different literary readings will be staged in the week leading up to the conference, from Saturday, June 9, through Sunday, June 17. The venues are diverse -- from Cafe 1872 to Rochester Contemporary Art Center, Three Heads Brewing, and The Spirit Room -- as are the featured writers, who include Chen Chen, Sarah Freligh, Kristen Gentry, Jeff Spevak, and many others.

The Ladder is much more than a mere networking opportunity with a goal of publication as the end-all, be-all, and Semmel's vision for what the conference can be, as well as how writers participate in it, is clear.

"It's not just about 'Well, I'm gonna get an agent, I'm gonna sell my book,'" Semmel explains. "It's about being part of a community, and I think that in terms of a mindset that all writers should have -- and certainly people who are attending this conference -- is 'I'm part of a community, and we are in this together.' Because the literary world and the publishing world, it's not an easy place to be. It's hard to crack it, it's hard to sell books once you do crack it."

For all the facets of the literature industry that will be covered at The Ladder, the conference is ultimately about the writing itself. "The craft of writing, which is itself not an easy thing, is still a rewarding thing and it's worth the effort just to do," Semmel says. "So I think the mindset that people should go into this with is: 'You know, I'm here because I'm serious about my craft, serious about what I'm doing, and I want to get better.'"

Note: CITY's Arts & Entertainment Editor Rebecca Rafferty is serving as one of the panelists during the conference.