All zombies, all the time 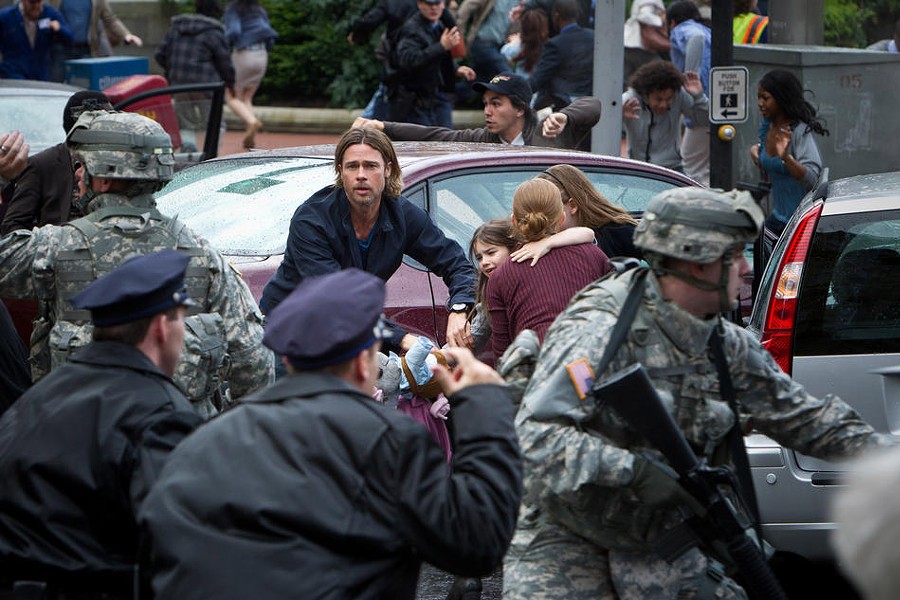 The current proliferation of zombie books, movies, and television shows suggests that we now dwell in the time of the living dead, a horrible but not entirely surprising prospect. Born in the 1930's, the most creative decade in cinema history, the genre reflected some particular realities of its era — the fact of race, the plight of labor, the existence of a class system. Dormant for decades, the zombie film was resurrected by George Romero in his landmark "Night of the Living Dead" in 1968, and it's been lurching through theaters ever since.'

One of the major distinctions in the treatment of its subjects, oddly, involves the relatively simple business of locomotion — there are two kinds of zombies, those that move slowly and those that move rapidly. Romero's zombies, like their predecessors, stagger awkwardly and laboriously after their prey — live humans — with the deliberate, frightening inevitability of nightmare creatures. Romero also introduced cannibalism into the form, another unpleasant invention that continues in the present day.

The latest traveler to the land of the living dead, "World War Z," based on a popular novel by Max Brooks, employs the fast-moving variety of the monsters, which in part explains their power and menace. Speed in fact defines the whole movie, in the movement of its plot and the kind of menace its zombies represent.

After a perfunctory prologue showing television news clips of beached whales, poisoned fish, outbreaks of rabies, and so on, accompanied by puzzled commentary from announcers, the main action of "World War Z" begins like so many horror or science-fiction films, with the sort of bland domestic bliss that exists only in the movies and always disintegrates into terror. In a suburb of Philadelphia, Gerry Lane (Brad Pitt) cooks breakfast for his two daughters and packs them and his wife, Karin (Mireille Enos), into their car for the commute to school and work. They get stuck in an immense traffic jam, which suddenly explodes into chaos, with an attack by what appears to be thousands of people, who crash through windshields and bite drivers and passengers; the victims almost immediately twitch and convulse, turning into zombies themselves.

The rapidity and panic of that situation summarize just about everything that will follow. Lane manages to escape the attack, but finds himself in the middle of the horror when his former boss at the United Nations, where he had served as an investigator in some dangerous places, summons him to assist in the struggle against the incomprehensible menace. The zombies apparently carry some kind of disease that kills the living, then rapidly reanimates them as gaunt, twitching, raging monsters who gnaw on human flesh.

The plague that infects humans and its carriers moves so rapidly that most of the major cities of the world succumb entirely, governments collapse, and nobody seems safe. Lane's family finds temporary refuge on an aircraft carrier in the Atlantic, while he pursues both the cause of the infestation and its solution. His quest takes him to some odd destinations — South Korea, Jerusalem, and Wales — while along the way thousands of people die and most of his contingent of soldiers lose the battle against the zombies.

The picture alternates oddly between scientific discussion on how to counter the attacks and wildly violent sequences enhanced by the usual computer generated images. In Jerusalem, for example, where the Israelis build a wall to keep the zombies out, a philosophical scientist (Ludi Boeken) speaks sadly and wisely of how the history of his people led to that response. At the same time, a remarkable special effect shows hordes of thousands of zombies swarming up that wall like ants after sugar, as if they were somehow poured upward, perhaps the most stunning and meaningful image in the film.

According to most reports, the producers of the picture intend to make a series, and Brad Pitt's voiceover at the end promises a sequel; the movie however somehow falls short of its apparent intentions. The nonstop action and straightforward plot work well enough, but the repetitive nature of the various encounters and the strange embodiment of the conception weaken the film's potential. Its very existence, though, underlines the zombification of the culture, suggesting that the zombies are here and they have won.