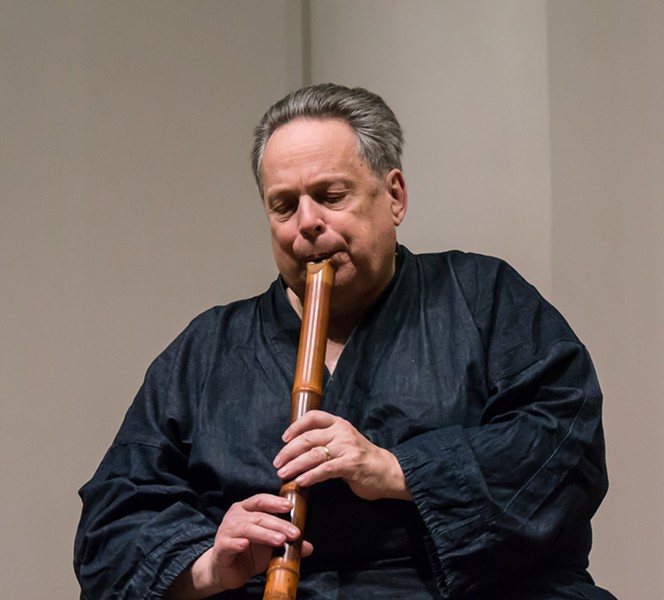 Shakuhachi is a Japanese flute that has been used by Zen Buddhist monks in the practice of suizen (blowing meditation) for centuries. It is said that a single note can bring one to a state of enlightenment. The sound of shakuhachi is ancient but not obscure. Modern ears are at least familiar with the synthesized version that is included on all keyboards that utilize the General Midi standard. Ronnie Nyogetsu Reishin Seldin is one of a few grand masters of the traditional shakuhachi outside of Japan. Seldin has been nominated for both an Oscar and a Grammy, and has performed at venues including Carnegie Hall and The Metropolitan Museum of Art.