Working to change a 'black and white' horse world

PHOTO CREDIT MAX SCHULTE / WXXI NEWS Matthew Doward tends to one of the horses at his program, A Horse's Friend, which provides many kids with their first experience with the animals.
Some of America's first cowboys, Kentucky Derby winners and horse trainers were Black. But if you look at horse communities today, the legacy of African American horsemanship appears to be almost nonexistent.

Matthew Doward is trying to change the image and perception of the modern equestrian.

For the past 16 years, his program — A Horse's Friend — has been providing kids access to their first horse experience.

The Batavia native says there's a lack of diversity in the upstate New York horse communities.

"It's a black and white world … the horse world," Doward says. "There aren't that many Black people that own horses here. I've only come across, like, maybe two."

Doward first came to love horses as a child visiting the race tracks with his friends, but his family didn't have the money to support his passion.

As an adult living in Atlanta, Doward got reacquainted with horses after befriending a group of Black cowboys.

"The guys that I met and hung out with down there were from the heart of Atlanta," Doward says. "But then they owned horses. They would go out to this ranch on the weekend and literally spend the day, if not two days, just hanging out with their horses and riding together."

That experience gave him the idea to start a program for kids living in Rochester.

In 2004, Doward started A Horse's Friend with just a few horses, his 7-year-old son and a few of his friends. Although riding may be the main focus, the program teaches everything from feeding horses to cleaning the stalls. New riders are paired with more skilled ones, and they each care for their horse.

"We've never really gotten the derogatory stuff, but you do know when people are sort of looking down at you," says Doward.

A Horse's Friend now has nearly two dozen horses that serve hundreds of riders all year long in summer day camp, weekend programs, and trail rides in Rush. The program attracts kids from all over Monroe County. Still, Doward focuses on bringing in kids who live in urban areas. 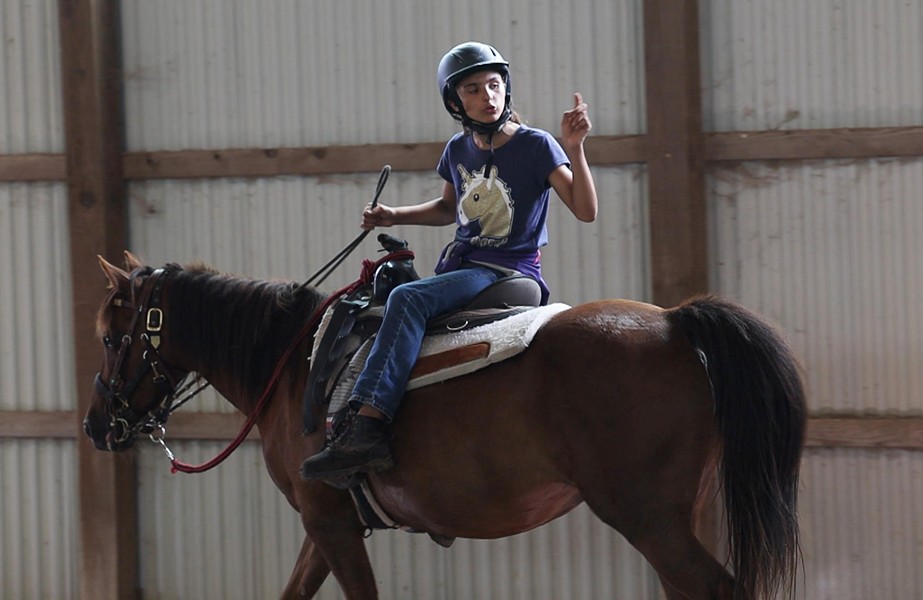 A haven for many

The program has become an outlet for 12-year-old city resident Toni Ayala. Doward has become like a father figure to her over the years, and she spends all the time she can helping at the stables.

Toni lives with her siblings and mother, Tina Ayala, who says she prefers her children to spend as much time away from their inner-city neighborhood, where they encounter violence and bullies.

"My biggest thing is them wanting to be outside, wanting to go to the neighborhood park without gunshots," says Ayala.

Toni is one of nearly 2,000 children who have been taught and mentored by Doward over the years. She now mentors new riders at A Horse's Friend.

Standing at barely 5 feet, Toni is a little girl on a big horse who commands authority from her peers and the gentle beasts she cares for. She can mount Whiskey, a 7-foot former racehorse, with ease. Doward says she has learned everything about the program. 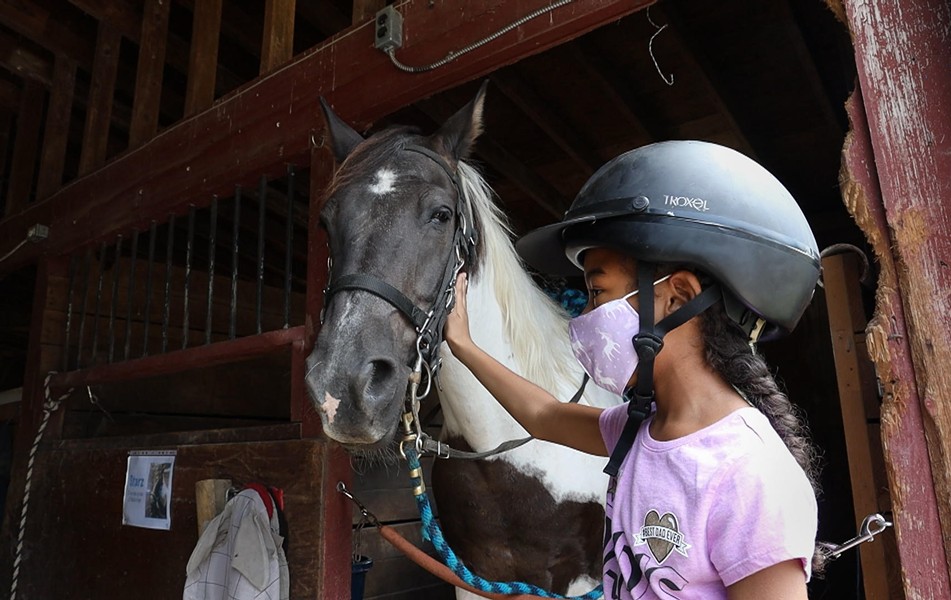 "The kids that come to this program have no limitations," says Doward. "The only limitation that they have is their environment. They're in the streets; there's fast cars, loud music, gunshots, violence. They are physically able and capable of becoming the president if they wanted to."

Running the program while also keeping the costs affordable for families has its challenges. It costs thousands of dollars a month to board a horse, not including food and other expenses like veterinary bills. Doward says he has been able to sustain the program by cutting costs and finding creative ways to bring in money.

He wishes A Horse's friend received the same support that other therapeutic riding programs receive.

"There aren't that many urban horse programs that are out there," Doward says. "If tomorrow, if I stop doing our program, the kids that are in the city of Rochester or anywhere in Monroe County that are just financially strapped, they wouldn't have the opportunity to ride."

The program nearly closed two years ago, but Doward found a way to keep it going. And in February, Doward and his team looked forward to a fresh start after moving to its new facility. A few weeks later, though, the pandemic forced A Horse's Friend to close, along with all nonessential businesses.

Since reopening in June, Doward says the program has "bounced back," providing more programming and trail rides than ever. He hopes to eventually purchase the property and provide transportation to the many riders and volunteers who travel from the city of Rochester and across Monroe County.

Doward says his biggest goal is to continue changing perspectives and opening the minds of other people. He invites all parents to give his program a try.

"If you are looking to get your kid involved with a program that will teach them nurturing empathy, respect, responsibility, hard work, work ethic… this is it," says Doward.


April Franklin is WXXI's Weekend Edition host and a reporter at WXXI News.