An Eastman prof picks up a double-edged sword 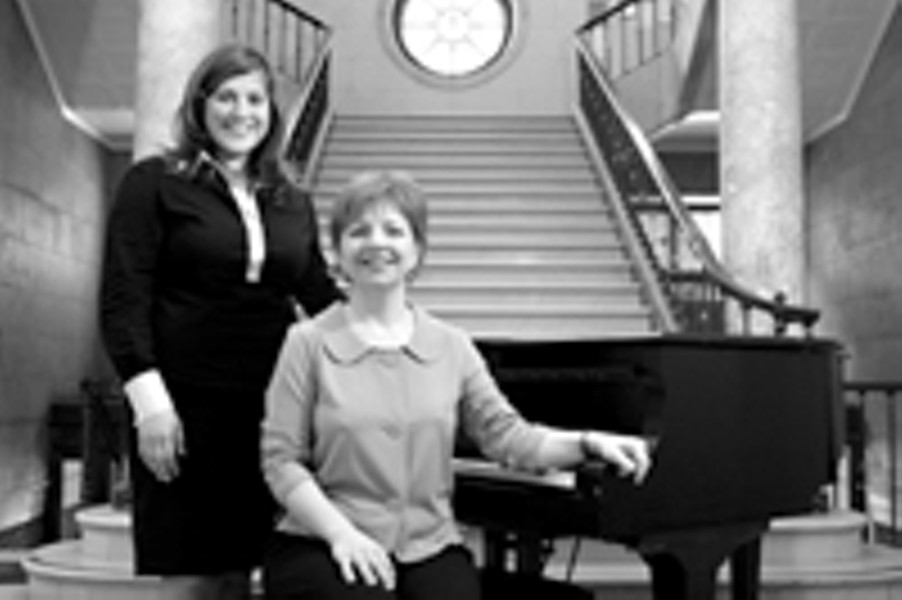 A couple of years ago, Sylvie Beaudette conducted an experiment.

In her music history class at Eastman, she played pieces by male and female composers from each major era (baroque, classical, romantic, etc.) back to back without revealing the composers' gender. She paired an opera excerpt by Monteverdi with a cantata excerpt by Francesca Caccini. She compared music of Couperin (a man) with that of Elisabeth-Claude Jacquet de la Guerre (a woman). She contrasted a German lied by Robert Schumann with Josephine Lang's, and she paired chamber music by Ernest Bloch with a piece by Rebecca Clarke.

She told her students to listen to each set and to guess which piece sounded "female." Each wrote a paragraph explaining his or her reasoning.

"In each case, two-thirds of the students guessed wrong," Beaudette says emphatically. "Music is not gendered." If you think otherwise, she reasons, you'd have to agree that Mozart and Debussy music sound "feminine" whereas Libby Larson's bold, structured compositions sound "masculine." Nonsense.

To drive home her point, the piano professor --- along with graduate student Sophia Ahmad --- has organized a festival spotlighting women's music. Such an event may only reinforce stereotypes that music by females is somehow different from their male counterparts'.

But Beaudette takes the long view.

If Title IX were applied to the world of classical music, officials would have a tough time finding reasons to enforce it. The act of Congress that promoted women's participation in sports might seem like overkill in Rochester's concert halls: more than half of the staff and musicians in the RPO are women; the orchestra's new concertmaster is a 20-something female violinist; and a woman directs Hochstein, the city's most prestigious community music school. On the surface, all things seem equal.

Beaudette decided to look beneath the surface.

A petite redhead with an easy laugh, the piano professor conducts a yearly ritual: she sits down, picks up a pen and leafs through programs from the LincolnCenter and Metropolitan Opera in New York looking for music by women composers.

A timeline of female composers explains at least one reason why music by women is relatively scarce. The first (and perhaps most widely known) composer was mystic Hildegard von Bingen, who lived from 1098 to 1179. After her, the timeline shows centuries of empty space, then a handful of names (such as Barbara Strozzi), then more decades of space, a few more names, and even more empty space.

It illustrates the fact that, until recently, women have been way too busy bearing children and running households to engage in much intellectual activity. Until the mid-19th century, few had the time and fire to imagine symphonies, and those who did came up against the prejudice that they were incapable of the complex, abstract thought necessary to create serious music.

"When they did compose," Beaudette says, "they had to be twice as good to be noticed."

That all changed in the 20th century. The passage of the 19th Amendment and the women's liberation movement of the '60s and '70s flung open doors for women in all fields. In 1900, about 200 American women were writing music. By 1985, their numbers exceeded 2000.

The problem, Beaudette says, is that a lot of 20th-century music --- by men and women --- is hard to sell to the general public. Since so much work by women was produced in the last 50 years, it gets little airplay.

A few years ago, the professor witnessed people milling about at a music festival that brought performers into open, public spaces. "There was a carnival atmosphere," she says. "I loved the acoustics and the way people treated the musicians with respect."

She's hoping to capture the same carnival spirit during next week's Women in Music Festival at Eastman. Students and faculty, including a fair number of men, will play and sing in the cavernous Main Hall while others come and go to classes. Some will perform in the Miller Center Atrium (where Max of Eastman Place is). Audience members will hear pieces from familiar notables such as Amy Beach and Clara Wieck-Schumann as well as works by less famous women such as Ursula Mamlock and BeataGolec. The only male composer on the program is Otto Motzan, author of the suffragist song "Marching on to Victory."

"I realize it's a double-edged sword," Beaudette says, absently flipping through sheets of program notes in a file folder. "I hope we get to the point someday when we're not defining music by the sex of who wrote it."

But she doesn't think that will happen in her lifetime.

In the here and now, the professor is hopeful that this week's festival will spark people's interest in women's work. And she's even more hopeful that the 80-plus students performing in it will --- down the road --- make choosing women's music a matter of fact long after they've left Rochester.

"They'll spread the word," she says, that classical music can be captivating and complex. "No matter who wrote it."

Brenda Tremblay reports on the arts for WXXI and hosts broadcast concerts by the Rochester Philharmonic Orchestra on Classical 91.5 FM.