Wishlist woes? Here, give 'em this. 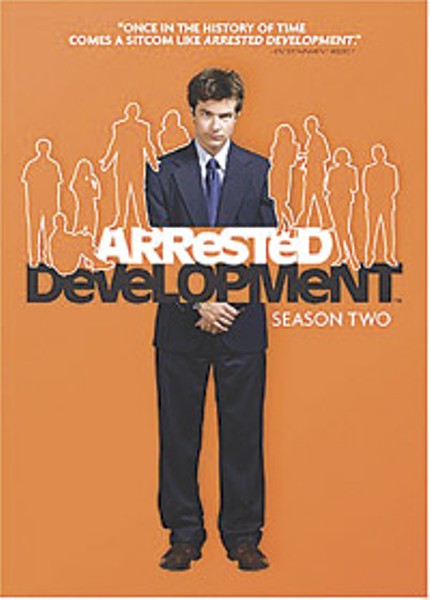 Only the heartiest among us can weather the holiday shopping season well. The barrage of catalogs, canned musical cheer, sale announcements, and store displays comes on so early and so hard that by the time you actually need presents, you're probably ready to saw off your own feet with a rusty cookie cutter rather than walk into a mall. So. Why not give more simply (and get the shopping done in fewer trips)? Go back in time to when a well-chosen book or record was a very welcome gift. The folks on your list may not share your taste in music, film, or books, but these are all original, solid choices. Give away.

Sociologist and former college history professor James Loewen did a spectacular job of debunking the popular myths and falsehoods still widely perpetuated in high school history classrooms in Lies My Teacher Told Me, a work that, despite its strong title, offers especially effective arguments thanks to Loewen's even-tempered tone. His new study is the first book ever written on American towns that officially deny residence to non-whites, a phenomenon that Loewen was shocked to find still exists throughout this country. With a knack for not sounding too vitriolic on the one hand or clinical on the other, Loewen shows us how monstrous we can be and how unfathomable hatred can lurk deep within society --- perfectly fitting for Christmas. Give the gift of outrage. Hell, give it to your children. We might all be better off for it someday. (Saby Reyes-Kulkarni)

Marquez is one of my favorite writers. And I've found that his novels --- especially One Hundred Years of Solitude ---tend to bridge the gap between different readers' tastes. Even if you can't appreciate the man's scroll-like, liquid writing, at least you can admit that he knows how to tell a story --- an epic, convoluted, fantastical, passion-soaked kind of story. Now, in his first book of fiction in 10 years, the Columbian tale-spinner is back with the story of a 90-year-old man in love with prostitutes. Every single one. That is, until he finds the 14-year-old virgin who can actually capture his heart. Come on, it's 128 pages. You even have time to read it before you wrap it.

Jeff Mosier, the "brain-obsessed" leader of Atlanta band Blueground Undergrass, recently referred to neurologist Oliver Sacks as the "O.G. of the brain --- that guy ROCKS." Recognized from Robin Williams' portrayal in the film Awakenings, and from his numerous books that explore the fascinating, often harrowing, world of brain dysfunction, Sacks' writing soars with the breathtaken passion and curiosity of an incurable romantic. A departure from his usual subject matter, this new book recounts a trip to Mexico to pursue his new hobby, ferns, but detours into characteristic observations on culture, music, architecture, and spirituality. Because he can practically rattle off radiant verse in his sleep, he sometimes piles it on too thick. But his infectious joy for living, coupled here with a rare novice perspective, makes for prime stocking-stuffer material. (Saby Reyes-Kulkarni)

The new novel from the British author who first brought us the acclaimed White Teeth followed by The Autograph Man. In her latest opus Smith tells the complex story of two families --- one middle class and liberal and the second wealthy, very conservative Anglo-Carribean --- as they are brought together in a multicultural allegory while exploring the intricate and beautiful tenets of life. The coexistence of the interracial, personal, and religious relationships found in her characters is a contrast to the seamless nature of her writing. Incidentally On Beauty is often quite funny. The words fall effortlessly for the reader, while the subjects of her story have to face up to family dynamics, growing pains, art, politics, and religion. (David Merulla)

Klinger must be relieved. He has finished the Holmes years. His third book of Sherlock (the first two compiled the short stories) is devoted to Doyle's novels: A Study in Scarlet, The Sign of Four, The Hound of the Baskervilles, and The Valley of Fear. Jammed full with illustrations, definitions, footnotes, and essays from Klinger (satisfying all the little questions that worry the avid fan's curious mind), this whopper of a volume (in its very attractive slipcase) will be the keystone on any mystery buff's shelf. Who can get enough of the superior mind of Sherlock Holmes?

A collection of short stories taken from the first 10 issues of McSweeney's Quarterly Concern. These are the same folks that bring you Believer magazine, a tremendous literary magazine with terrific cover art to boot; a subscription to Believer may be in order as well. Starting as a small set of stories that were originally rejected by other publications, McSweeney's now can tout its contributors as some of the best in contemporary fiction --- A.M. Holmes, Jonathan Letham, William T.Vollman, and David Foster Wallace. It should also be noted some of the stories gathered in this volume have been chosen for The Best American Short Stories volumes and the O'Henry Prize Stories. (David Merulla)

I'm not allowed to buy any more cookbooks --- especially tomes on baking --- due to a recent self-imposed moratorium. I took an inventory of my stash the other day and the number I came up with is far too shocking to repeat. (Seriously, it's obscene.) But I can still covet, and right now I'm eyeing A Baker's Tour, by Nick Malgieri. His book on chocolate --- cleverly entitled Chocolate --- is, to my mind, the definitive book on the subject, and his thorough How To Bake fueled my longstanding obsession with flour-based objects. Malgieri compiled recipes for cookies, cakes, breads, and pastries from all over the world for A Baker's Tour, and... oh, no. What if a Syrian family invites me to dinner? They're going to expect me to bring dessert! I need this book! Moratoriums are stupid! (Dayna Papaleo)

The existing recordings frequently advertised as "Monk and Coltrane," captured at the Five Spot in 1957, sound so muddy that the microphone may as well have been in the restroom. This recording, from a Carnegie Hall performance that same year, was unearthed by accident in 2005 and does right by the fabled venue's pristine acoustics. The clarity will knock your socks off --- as if you were sitting onstage. Normally, the coloration of old recordings ads charm, but these sonics cast a contemporary light on two creative minds whose innovations continue to grow in the present like living things in their own right, unable to be constrained by their native time period. We can only imagine the exclamation of "ohhh!" when these tapes were found. You'll probably say the same. (Saby Reyes-Kulkarni)

The Australian three-piece returns with a 19-song rush of mostly instrumental bliss. A bit different than their last record, She Has No Strings Apollo. Dirty Three --- Warren Ellis on violin, Jim White playing drums, and Mick Turner on guitar --- elevate the volume and distortion this time around albeit just for a couple songs ("Doris" and "Sad Jexy"), only to venture forward at their usual epic pace, quietly alternating between sky and sea ("Ember" and "Last Dance"). There is also a pair of guest vocals on the record by Sally Timms (Mekons) and Chan Marshall (Cat Power). Sure to soften the sound of snow falling outside your windows this winter. (David Merulla)

Mark Kozelek has the loveliest voice in music --- think revered neo-folkie Nick Drake, but gorgeouser. You might know Kozelek from Red House Painters, or his solo work, or maybe Sun Kil Moon's exquisite first album, Ghosts of the Great Highway. Kozelek has an interesting predilection for other people's compositions: In the past he's covered John Denver, Genesis, The Cars, Kiss, and made an album of deconstructed Bon Scott-era AC/DC tunes. Sun Kil Moon's newest record, Tiny Cities, consists entirely of songs originally recorded by Modest Mouse, a band that I'm familiar with only because of their hit (2004's "Float On"). But from what I've heard off Tiny Cities, it doesn't matter who wrote them --- they're Kozelek's songs now. And soon, they shall be mine. [Insert diabolical laughter here] (Dayna Papaleo)

Rarely have beauty, profundity, and heart-rending tragedy ever been committed to film with such grace and power as they are in photographer Zana Briski's documentary about her efforts to teach photography to children of impoverished Calcutta prostitutes. Thankfully, Briski and co-director Ross Kauffman avoid narcissism and let the children take centerstage. The children's unbelievably eloquent meditations on art will astound you and restore your faith in the power and importance of imagination --- even against the crushing odds which ultimately reveal Briski's efforts to be futile. Reality rarely stops to please us, so this film is no crowd-pleaser. But that doesn't prevent it from driving home its central point: Help who you can whenever you can. It makes a difference, however intangible. Kauffman and Briski set out to make a film about a group of children that will steal your heart; they captured nothing less than our own humanity. Easily in the top-10 list of films you must own. (Saby Reyes-Kulkarni)

Whispering the name "Jean-Pierre Melville" into the ear of any cinema buff will invariably elicit a favorable response, but if you were to follow it up with the words "Criterion Collection," you'd be wise to take a step back before they salivate all over your shoes. Only the best films merit the Criterion treatment, with its now-standard letterboxing and intriguing extras, and Melville's 1967 noir masterwork is certainly worthy of this honor. Le Samouraï stars the stunning French actor Alain Delon as a methodical hitman whose decision to spare the witness to a recent job leads, naturally, to a world of trouble. John Woo called Le Samouraï "as close to a perfect film as I have seen"... and then proceeded to rip it off for The Killer, imitation being the sincerest form of flattery and all. (Dayna Papaleo)

While I do believe this is the funniest show (that was) on TV, I think it's even funnier when you watch it on DVD. The humor is so starkly opposite to anything else you're going to see on primetime that it can be jarring. No laugh track, no neatly tied sitcom endings, jokes that are less than obvious --- so much better to sit down with a DVD and get your brain in the right frame of mind to appreciate the hilarity. The scene where Michael (Jason Bateman) goes home to find his fugitive father (Jeffrey Tambor) rolling around in the attic, nearly dead from sitting in his new hot tub and eating the bag meals he boiled in the water, is probably the funniest thing I've ever seen. Guest appearances from a host of comedians --- Ben Stiller, Julia Louis-Dreyfuss, Zach Braff, Ed Begley Jr. --- round out the incredibly talented cast.