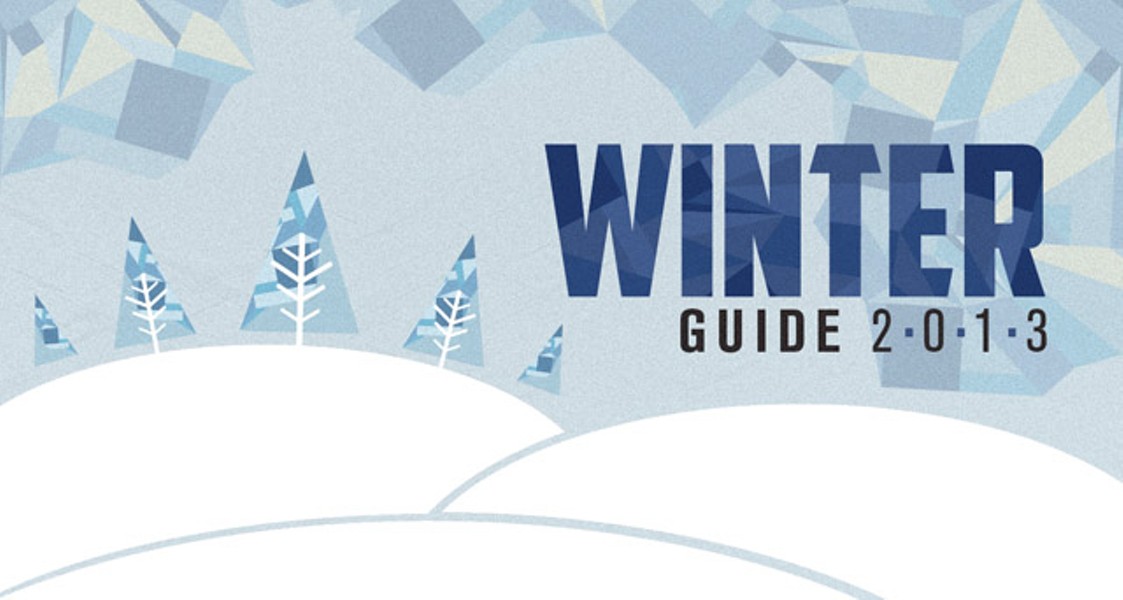 Winter 2012-2013 has already made more of an impact than the previous two winters. By late December we had some serious snowfalls, bitter temperatures, and all of the attendant slush and ice. After a few years off, winter is back in Western New York. Instead of hiding from it and complaining, let's make the most of it.

There's no question that Rochester is a sports town, and that remains true even when the ball fields are covered with snow. In this edition of Winter Guide Lillian Dickerson takes a look sports played on ice, and where you can check them out in and around Rochester. If you're the athletic type you'll find participatory options for hockey, speed skating, and more. If you'd rather sit in the bleachers and warm your hands on some cocoa, she also has the info on spectator opportunities. When's the last time you took in a good bonspiel?

Make sure to keep your calendar clear for the 10 exciting events Adam Lubitow has curated for his season preview. There's a lot going on in the next three months, from exciting regional premieres like the Broadway smash "Book of Mormon," to concerts by buzz-worthy band Passion Pit. You'll get the scoop on some outdoor activities too, like the annual Lakeside Winter Celebration and maple-syrup weekends at area nature centers.

If you need to warm up after a trek in the snow and ice, Paloma Capanna has some fun ideas on how to get hot. Break out the safety gear, because it's blacksmithing time.