It's a little over 20 minutes into my interview with Joe Tunis, the owner of the local music label Carbon Records, and the noise-rock musician's terse, wry delivery begins to creep in:

"I was going to ask you: I wasn't sure if the record label and the music thing was your full-time gig."

"Right, but you've been doing it for almost 25 years now."

On first impression alone, Joe Tunis doesn't have the look of a Rochester music mogul, however modest his appearance. He wears glasses, but he also sports a short, non-hipster beard, and he can frequently be seen in a worn t-shirt and Montreal Expos baseball cap.

Tunis certainly has the look of an RIT alum, computer software developer, and family man who's played his fair share of Frisbee golf. But it's also the look of a DIY entrepreneur who still operates the same fledgling record company for indie rock and experimental music that he started in April 1994.

In the coming spring, Carbon Records will celebrate a quarter-century in existence, but the silver jubilee has arrived early this fall with a slew of new music, both digitally and on vinyl: September album releases from bands Crush The Junta and Nod ("Hermanos de la Muerte" and "So Much Tonight," respectively); an epic compilation of guitar-based compositions called "Wound," available November 2; and forthcoming records by Pengo, with "File Under WTF???" and Ian Downey Is Famous, with "Destroy Language," both to be released between December and January.

Having slowed down the label's output in recent years, and with the milestone fast approaching, Tunis says he thought, "I gotta do something – whether it's the last hurrah or not." That ominous statement notwithstanding, it seems unlikely that Tunis will call it quits with Carbon, which he calls his "passion project."

"I have a really hard time quitting things," he admits.

Although "Wound" features mostly artists from around the United States and the world, Carbon Records' new albums collectively form an accurate reflection of the Rochester music scene over the last few decades, as experienced by Tunis.

John Schoen, Tunis's longtime friend and Pengo bandmate, calls Carbon Records an "idiosyncratic record label." "It's very much about what Joe is into, and not about what's popular or what's going to move units, Schoen says. "It's perfect in its singular, personal worldview."

Asked if he was sure what he didn't want when starting the label, Tunis is unequivocal: "I didn't want to put out something that I didn't like but I knew would make money, so I've never done that."

Pengo, a visceral noise-rock band that also manages to be both quirky and ruminative, is one of several Carbon Records groups – Crush The Junta, Tuurd, and Tumul among them – in which Tunis currently participates. A multi-instrumentalist, Tunis doesn't readily identify as a musician, and he hesitates to say that he plays guitar. "I own a guitar and I use it," he says. "And I use it for sound."

Tunis first fell in love with weirder music as a teenager in Scranton, Pennsylvania, while working maintenance at a department store. The general manager was an avid record collector who frequently made mix tapes from his purchases. Tunis vividly recalls listening to one of them and hearing the infectiously bizarre "Jimi" by Butthole Surfers. Tunis had previously been exposed only to decidedly more mainstream bands like Genesis and Yes.

The following summer, Tunis began searching for the artists featured on his boss's compilation tape, and the bug had bit. As a computer science student at RIT, Tunis befriended Rob Nuuja, who became a close friend and musical collaborator for Carbon Records. It was Nuuja who introduced Tunis to his favorite band, New Zealand's The Dead C. In the ensuing years, Tunis became hooked by the noise-rock sound of bands like Sonic Youth and Swans.

Whether listening to music or performing it, there's a particular sound that Tunis is after. "I always love it when I can get there, the edge of where feedback's about to start," Tunis says, "so I don't even know how to describe it. But you're sort of controlling the sound in a way, and if you let it go too far, especially with microphones or stuff like that, you're going to get a nasty feedback. But if you can control it a way where you're teetering on this edge of almost-feedback, and you get these kind of crackly, ghost-y sounds: I've always been fascinated by that."

That's not to say that Carbon Records is exclusively an experimental noise label. In the early days, Tunis predominantly released indie rock records, such as seven-inch records by Flywheel and his own band Muler, as well as a couple of CD's with fairly traditional packaging. In subsequent years, Carbon produced albums by rock bands like Hinkley, Attic Abasement, Green Dreams, and Tunis's old math-rock outfit Hilkka.

The new albums by Nod and Ian Downey Is Famous bridge the gap between more accessible garage-rock tendencies and the avant-garde. While poppier than Carbon's noise artists, both bands have a left-of-center unpredictability.

"A lot of the groups came out of an indie or post-punk-type mindset," Nod frontman Joe Sorriero says. "Around the same time, I think a lot of us were trying to get more weird and just get more experimental. I think there was a communal push among a lot of these people to try to make things different in the music they were already performing."

"I think generally what inspires me the most is literally just the physical sound, and getting ideas for combining different sounds together – and really wanting to see, almost clinically, 'Is it really going to turn out the way I think it might turn out?' " says Chad Oliveiri, who makes solo music and performs with Tunis and Cameron Farash in the band Jungle Heart. "And it almost never does, and there's all the little happy accidents that go along with it that I always find very compelling." 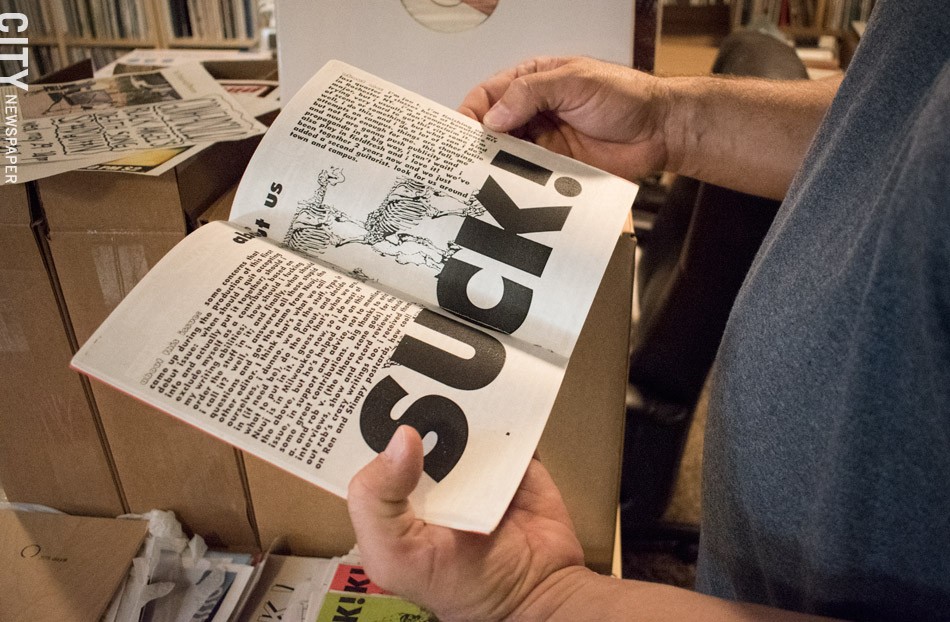 The experimental wing of rock music seems to provide an important niche for musicians who might otherwise fall through the stylistic cracks. "The noise scene, including Carbon Records, is a place where people can come if they feel like they're not cool enough for the punk and other scenes," Ian Downey says.

Tunis acknowledges that the local rock-experimental music scene is still male-dominated, but he also points out that bands like the female-fronted Anamon and Green Dreams are becoming more prominent. Tunis says he feels that if more women play music onstage, more women will come to listen. "We need more women making stupid music like us," he says.

Oliveiri first met Joe Tunis around 2000 while covering under-the-radar musicians as a journalist for CITY, and the two men became fast friends and eventual bandmates in Jungle Heart. In Tunis, Oliveiri found a kindred creative spirit with whom he could confide the music he wanted to make.

"If it wasn't for Joe, his encouragement and his friendship, I probably never would have put music out publicly," Oliveiri says. "And I'm sure I'm not the only person on the label who would say that." Olivieri says Tunis the businessman is a details-oriented advocate, whereas as a musician, he leaves room for disorder as a creative quality.

For Carbon Records as a company, the sea change toward the weird began in 2000, when compact disc players finally began to catch up to CD-R's and CD burning technology. By 1997, Tunis had invested in a Philips CD burner that cost less than $1,000 – a steal at the time – and a spindle of 100 discs for $600, but most listeners couldn't yet hear the music on CD-R's properly through their CD players.

Once CD-R's became functional, Tunis seized on the opportunity to produce more albums at less cost. Beginning in the fall of 2000, Tunis produced a year-long CD-R series with limited packaging, in which two albums were released each month.

The pace was grueling, but in terms of production, the turnover was fast. To this day, the output that year represents the high-water mark for the label, and it affected the musical and aesthetic direction of Carbon for years to come. Tunis could indulge in putting out plenty of the music he wanted to hear, and with the minimalist, DIY approach to packaging design (inspired by fellow indie label Table of the Elements, out of Atlanta) that he preferred.

Another turning point for Tunis was his involvement with the venue known as the A|V Space. Located in the string of brick buildings lining the Public Market, roughly between 2002 and 2007, the second-story art gallery and performance space was a collaborative effort between Tunis, Eastman School of Music students like bassoonist Lynn Hileman, arts advocates like Rome Celli, and friends such as Oliveiri and Farash.

Though the A|V Space was eventually shut down due to a zoning violation, the venue's impact as an incubator for creative types making different, off-the-path music was the precedent for current alternative art and concert spaces like The Yards, The Psychic Garden, and The Liquor Store. The A|V concerts also introduced curious concertgoers, this writer included, to a whole new realm of delightfully weird music-making.

By 2008, the A|V Space was no more. The digital age had taken hold, and CD's and CD-R's weren't selling anymore. Carbon Records has since turned its attention again to vinyl – working with the Cleveland record pressing plant Gotta Groove Records – but the air of experimentation is as fresh as ever. While Carbon Records doesn't encapsulate all of Rochester's avant-garde music scene, the label remains a bona fide fixture – a testament to Tunis's connection to his fellow musicians in the community.

"Performing music and collaborating in artwork with Joe is easy," John Schoen says. "The art and music world is filled with flakes and posers. Joe is neither." A case in point: his annual "Day-Tours," in which he gathers various musicians to play 20- to 30-minute sets at different locations around town, on the hour. A typical tour lasts from 10 a.m. until 5 p.m. and can include stops virtually anywhere, from Needle Drop Records to Corbett's Glen. "Usually what you more wind up with is bemused or confused passersby," Oliveiri says. "But it's a fun thing. I think he really enjoys doing it." 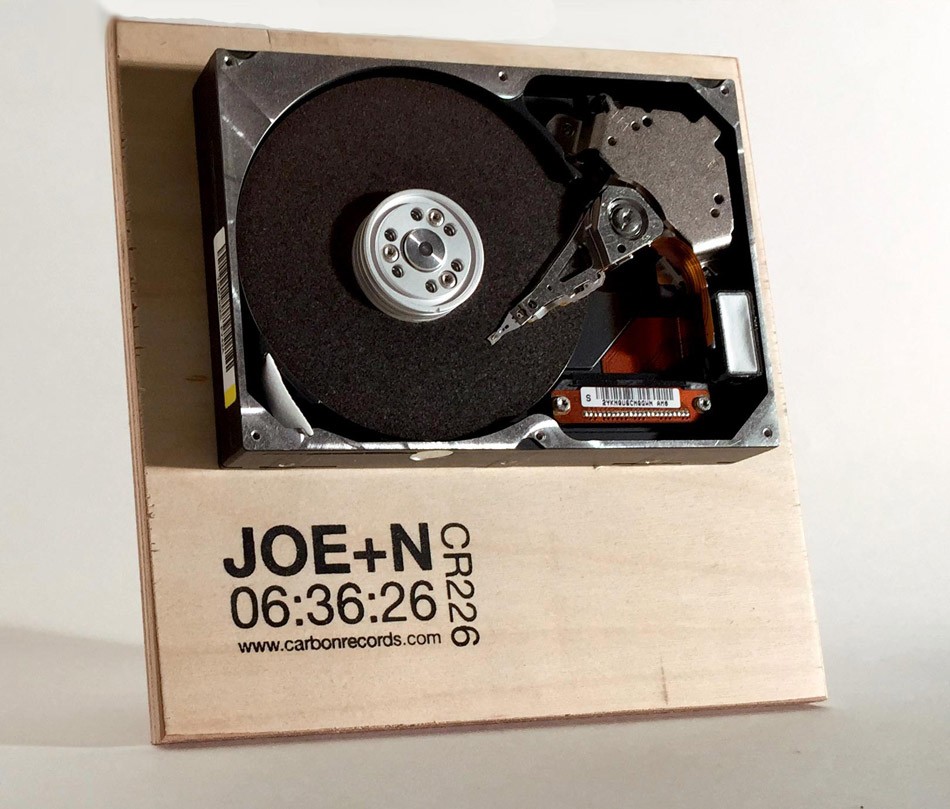 Though camaraderie between the musicians is an important component, Oliveiri says, it's also about curating sets that get artists to collaborate together for the first time. "I think sometimes when it comes to underground music or experimental music, and putting that stuff out, people can be somewhat standoff-ish or not really open in terms of talking or creating a dialogue around it," Oliveiri says. "He's so blue-collar and non-pretentious about it, and that's something I've always really admired about him as well."

Perhaps the enduring legacy of Joe Tunis and Carbon Records will be the way they have helped to democratize music-making for a swathe of the Rochester community that exists on the fringes of more prominent popular music genres. If you have any creative or artistic proclivities at all, that's enough to make music. Carbon Records' identity is clear: Noise. Improv. Heavy. Loud. Weird. No need for the sound to fit in the old, neat musical boxes. It just needs to be heard.