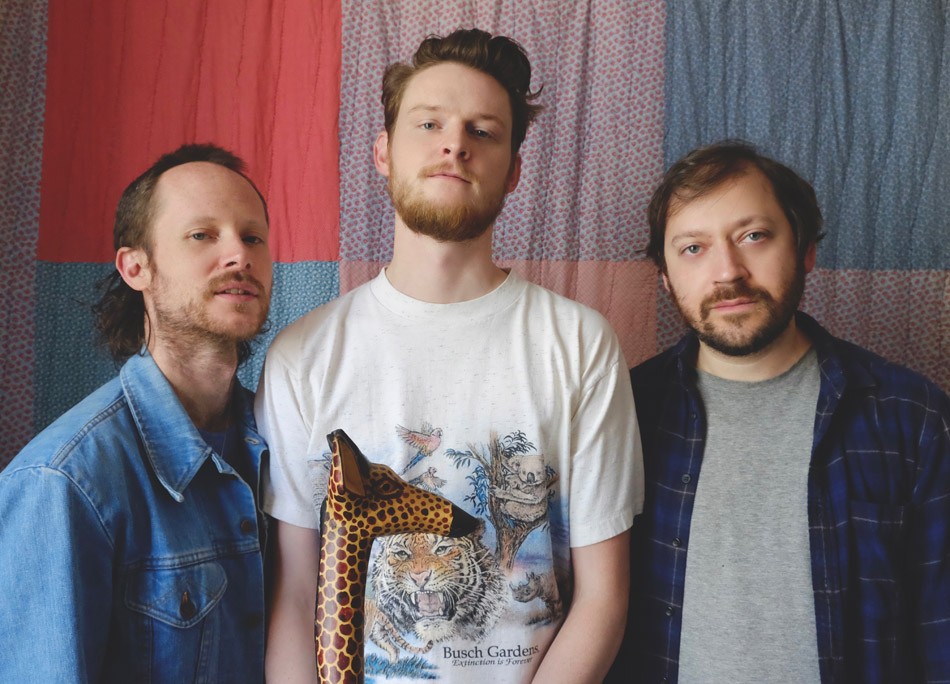 Brooklyn-based multi-instrumentalist Gabriel Birnbaum lives a life seemingly consumed by a blue-collar, indie music ethos. Frequently on the road, both as a saxophonist for the Ethiopian American music outfit Debo Band and as frontman and guitarist of Wilder Maker, Birnbaum spends his nights gigging and his itinerant days as a publicist for Clandestine Label Services.

When your life is literally filled with nonstop music, there’s little time to catch your breath. Case in point, Wilder Maker is currently on a 10-concert tour through the Midwest and the Rust Belt, in support of its new digital single “Love So Well” and the B-side “Rose Room.” The band will play in Rochester — a frequent tour stop for Birnbaum and company — on Friday, June 21 at The Daily Refresher.

On the heels of last year’s full-length album “Zion” — on which the band crystallized its sophisticated, almost adult contemporary take on indie rock — Wilder Maker is transitioning from a full-fledged quartet to a touring trio, with recording contributions from former full-time member, the vocalist and keyboardist Katie Von Schleicher. Birnbaum, bassist Nick Jost, and drummer Sean Mullins continue bringing the music of Wilder Maker on the road, with its bluesy, groove-oriented guitar riffs and complex mixed-meter rhythms. The resulting sound is delightfully dizzying, as the exuberance of the songs collide with a subdued lyrical mood voiced through Birnbaum’s resonant, deep, and brooding baritone.

It’s a pivotal time for the band, since such a crucial part of its identity is built on the music chemistry between Birnbaum and Von Schleicher, who frequently share lead vocals on Wilder Maker’s recordings. “She can’t really be a member of the band,” Birnbaum says, “and I would like the identity of the band to shift to reflect that. Because I don’t really like playing shows and having people be like, ‘Where’s the rest of the band?’ “

With Von Schleicher ceasing to tour with the group in order to pursue her solo project, Birnbaum has had to adjust as a vocalist. “Since I’ve been performing more without Katie, I’ve been learning more about pushing my voice in different directions,” Birnbaum says. “I’ve worked on a fair amount of falsetto stuff, and there’s been more of that in some of the new songs.”

The two musicians have collaborated together for nearly a decade, and Von Schleicher’s voice can be heard front-and-center on “Love So Well.” Moving forward, Birnbaum says he’d be shocked if they didn’t continue to work together on Wilder Maker's recorded music.

“She’s really busy with her project, obviously, and leading a band at this level is not very profitable,” Birnbaum says. “And you can sort of be in one band like this: where it’s like you don’t really make any money when you do the touring, but it’s your project, and you care about it. But it’s really hard to be in multiple projects where you don’t really make any money when you’re touring, ‘cause it’s just so time-consuming.”

With Wilder Maker in trio formation, Birnbaum’s songs are anchored by the rhythm section of Jost and Mullins, whose sneaky precision and technical prowess propel the music forward. “They never play like music-school guys, you know?” Birnbaum says. “They’re never showing off. There’s a running joke in the band where I always tell Sean that if I ever get pissed off at him, I’ll give him a drum solo, because that would be his least favorite thing in the universe.”

Jost and Mullins each bring distinctive stylistic influences that reveal new wrinkles in Wilder Maker’s music. Jost, who also plays bass for the metal band Baroness, brings an aggressive energy and a propensity for shredding that Birnbaum says wouldn’t necessarily exist in the songs otherwise.

Mullins’ interest in hip-hop and what Birnbaum calls “Instrumental, beat-based music” leads to the implementation of various rhythmic tricks — including a technique the group borrowed from J-Dilla’s music, in which the kick drum sound that would typically fall on the downbeat is removed entirely. “And that is a really fun influence,” Birnbaum says, “especially ‘cause we play what most people think of as folk rock, so it’s really fun to bring ideas in from such faraway genres.”

Even as Wilder Maker turns a corner, Birnbaum sees the band’s newly released music as part of the “Zion” era. “Most of the songs on ‘Zion’ are not about ‘interesting’ things,” Birnbaum says. “‘Cocaine Man’ is about sitting on a bench, waiting for a drug dealer that doesn’t show up, outside a party, basically, and talking to someone. That’s pretty much the whole content of the song. “Closer to God” is about moving apartments.”

With “Zion,” Birnbaum wanted to cover subject matter that typically wouldn’t be turned into songs. In focusing on some of the more mundane aspects of life, he sought to “make them also feel magical and feel holy and feel special,” he says.

Birnbaum refers to Wilder Maker as “music for adults.” He sees a contrast between much of the indie rock scene today — with its focus on singular feelings that take over when you’re a teenager — and the more complex combination of emotions articulated in Wilder Maker’s songs.

A prime example is “Rose Room,” a slow-burning, mid-tempo rock tune with impulsive guitar crunchiness and a punchy rhythmic sensibility. “It’s about that feeling when your life is kinda falling apart,” Birnbaum says, “and you touch bottom, and then you push back really hard. I’ve dealt with pretty bad depression for my whole life, and it can be incapacitating. And then there’s always a point where some instinct kicks in and breaks me out of it, usually after things feel pretty bad. And it’s just like, ‘You have to get your shit together, right now.’”

In a way, Wilder Maker’s music feels like the soundtrack to getting older and wiser. “It would probably be impossible for me to be in my early 30’s,” Birnbaum says, “playing in a slightly successful rock band, and not have those kinds of feelings of trying to balance my adulthood with this sort of very youthful thing that I spend my time doing.”