June 30, 2020
Research at the University of Rochester Medical Center has found evidence of why COVID-19 is worse for people who smoke and vape than for the rest of the population.

Irfan Rahman, who runs a lab at URMC that studies the effects of tobacco products on the lungs, said people who smoke and vape often have elevated levels of receptors for an enzyme called ACE2. 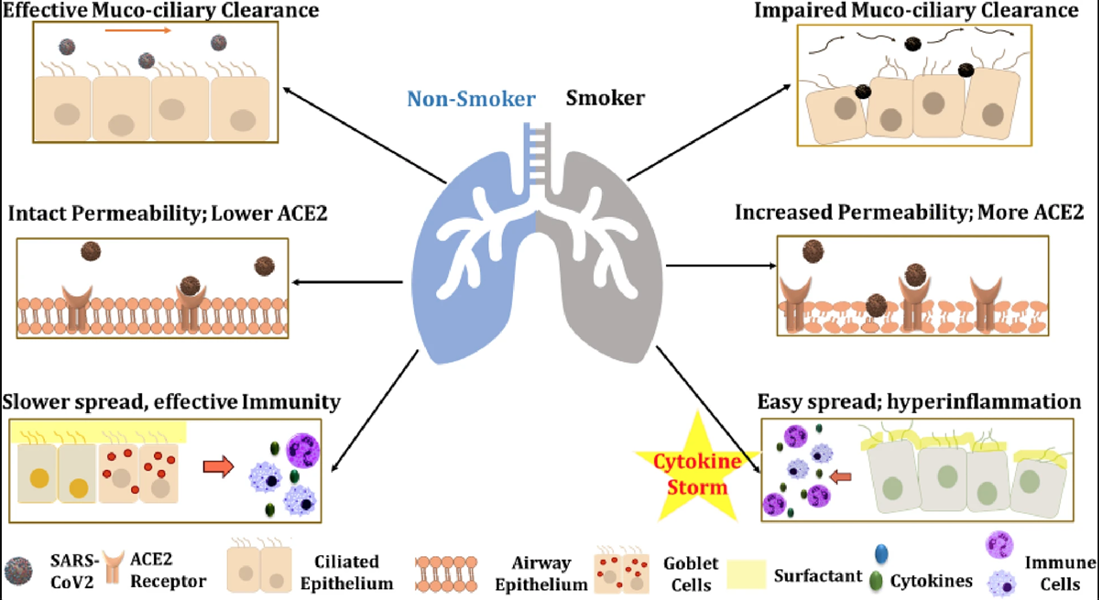 Rahman said early evidence from novel coronavirus infections showed that smokers were particularly at risk from COVID-19, but the mechanism behind the vulnerability was unclear.

Now, Rahman and other researchers said, a growing body of evidence shows inhaling nicotine increases the lungs’ receptiveness to the virus and the lethality of the disease.

“Smokers are more likely to be admitted to ICUs and are more likely to die” of COVID-19, said Jason Sheltzer, a scientist at Cold Spring Harbor Laboratory on Long Island, who has also been studying the role of ACE2 in the disease’s progression.

Sheltzer said the results of his research have been consistent with Rahman’s findings.

“The fact that we’ve both made similar observations about smoking and ACE2 gives us confidence in the underlying accuracy of our observations,” he said.

Still, the World Health Organization says the evidence tying nicotine use to COVID-19 mortality is not conclusive.

Rahman and Sheltzer acknowledged that the science is new and said they hoped for further corroboration in the near future.

Rahman said while his results point to smoking or vaping nicotine as having a particularly strong correlation with elevated ACE2 receptors, that does not mean inhaling other products is safe.

“These things will be damaging to the lungs, because they have chemicals, and the lung is not meant for chemicals. It’s meant for air,” Rahman said.

A spokesperson for the state Health Department said smoke shops are allowed to open in all regions of the state under Governor Andrew Cuomo’s "New York Forward" plan.

Workers at several Rochester smoke shops said on Monday that business has remained brisk through the pandemic.

The sale of flavored e-cigarettes, however, was banned in the state last month.

Some flavored products contain several times as much nicotine as conventional cigarettes, so the ban on flavors could prevent some people from trying the products and increasing their vulnerability to COVID-19, Rahman said.

Brett Dahlberg is a health reporter for WXXI News, a media partner of CITY. He can be reached at bdahlberg@wxxi.org.