Why do education advocates say the state owes RCSD $86 million?

“We at the state must make sure that Rochester gets its fair share, especially given the struggles we face in the City of Rochester,” Assembly member Harry Bronson told the crowd.

The $86 million figure has been bandied about often in recent months as the RCSD became embroiled in a financial crisis that resulted in mass layoffs. Schools advocates argued that the money could have rescued the district and preserved jobs.

But where did the figure come from? The source is the Alliance for Quality Education, a state-wide education advocacy group, which derived the figure from a complex state formula for funding schools known as Foundation Aid. 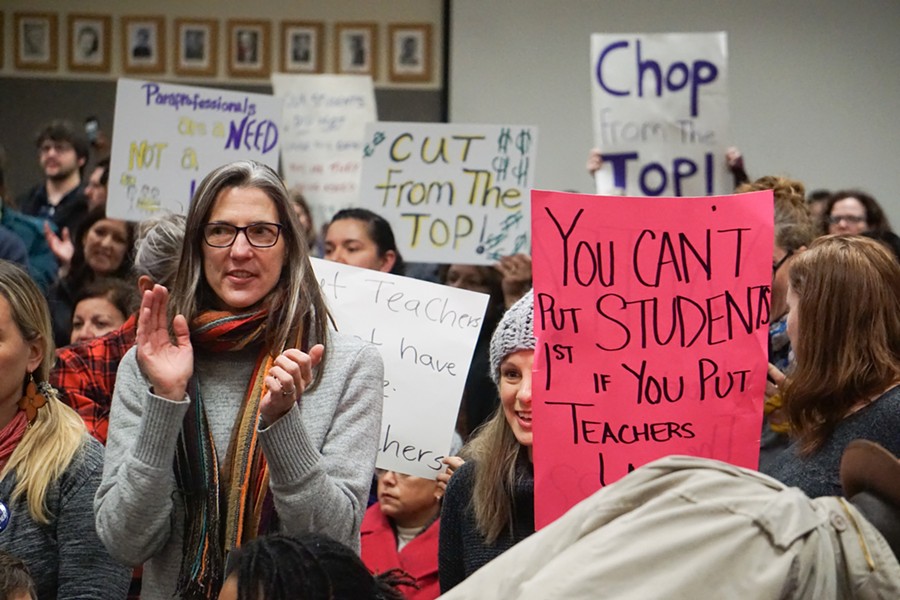 Foundation Aid was the byproduct of a lawsuit filed against the state in 1993 by the Campaign for Fiscal Equity, a group of New York City parents who argued the state was failing to meet children’s right to “a sound basic education” by underfunding their schools.

The case was in litigation for more than a decade until the state’s highest court sided with the parents in 2006 and ordered the state to boost aid to New York City schools by billions of dollars.

During the 13-year legal battle, the Campaign for Fiscal Equity teamed up with education organizations across the state seeking to ensure that whatever new financing system might be put into the place as a result of the lawsuit would provide adequate funding to public schools throughout the state, not just those in New York City.

The following year, in 2007, the state enacted the Education Budget and Reform Act, which established a formula for Foundation Aid for all public schools in New York. Lawmakers at the time committed to providing a $5.5 billion increase in aid through the formula over the next four years.

But advocacy groups, including the Alliance for Quality Education, contend the state failed to live up to that obligation. The state followed through initially, according to the watchdogs, but froze Foundation Aid in response to the Great Recession and a resulting budget shortfall.

In 2017, the state Department of Education estimated that 400 school districts across New York had been underpaid by $4.3 billion. Last month, the Alliance for Quality Education put the figure at $3.8 billion and broke it down by district.

The group found Rochester was shorted $86 million between 2007 and 2011. The group estimated that Buffalo Public Schools are owed nearly $101 million from that span of time.

Advocates argue that aid is pivotal for economically disadvantaged districts like the RCSD, and that the state needs to pony up. They point to the district’s financial crisis as a prime example of the need for additional funding.

The district overspent its budget last year by $30 million and is grappling with a $65 million gap in this year’s budget. The laying off of nearly 100 teachers last month was part of the effort to bridge the shortfall.

“When you see the changes of the market abandoning communities, that is when government must step in,” American Federation of Teachers President Randi Weingarten said during Tuesday’s rally. “For our schools, for an economic development plan.”