On the eve of Election Day, nearly 42 percent of all registered voters in Monroe County had cast their ballot, either at early polling sites or by mail, according to figures released by the county Board of Elections late Monday.

This year, there are 481,448 registered voters, a modest increase of about 4 percent from the 2016 election.

Through Sunday, the last of nine days that early in-person voting sites were open, 105,733 registered voters had cast a ballot. Through Monday, another 95,572 voters had mailed in their vote with an absentee ballot. 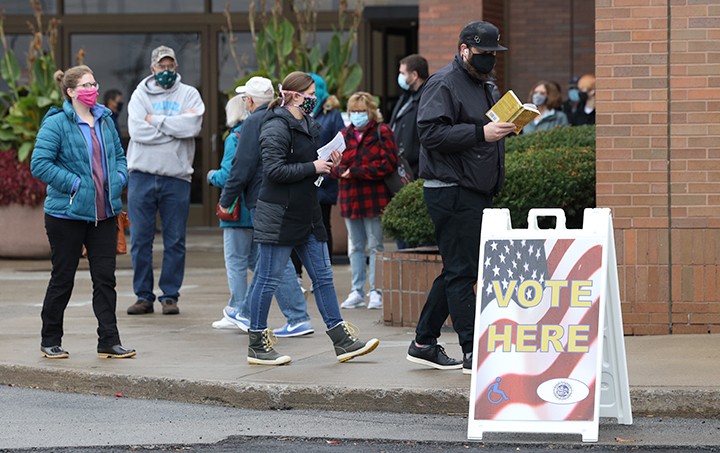 The large number of mailed-in absentee ballots may make it difficult to call elections after the polls close on Election Day. Those ballots will not be counted until Nov. 16, as per state law.

Typically, election boards do not certify their results for weeks after an election. But political observers and news agencies, like the Associated Press, project the winners when it has become apparent that there is no pathway to victory for the trailing candidate.

The number of outstanding mail-in ballots in particular races today could put a hold on some projections.