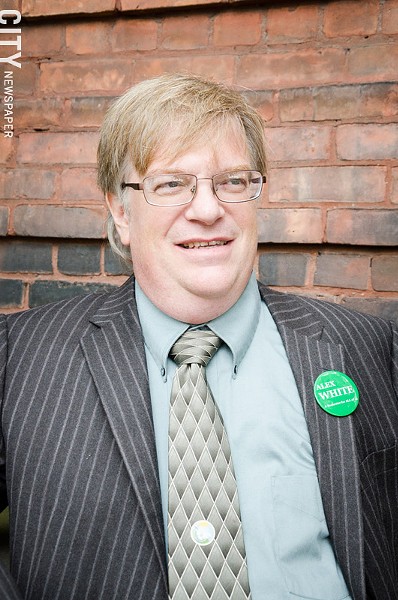 White, who owns Boldo's Armory on Monroe Avenue, will announce his candidacy at 10 a.m. today at the Liberty Pole, according to his press release. His campaign will center on progressive ideas, the same as his past two bids for the office, he says. He's been a longtime critic of government subsidies for high-end housing and retail; he believes the city would do better to invest money in rebuilding vacant houses using local labor.

"In this new political climate of uncertainty, Rochester needs to stop looking to others to save us and start marshaling our resources to create the institutions which will build a stronger Rochester," says his press release. "To do this, we must stop exempting the wealthy from taxes and giving away millions to campaign donors, as these actions just make us poorer. We can build a stronger Rochester, but only if we embrace all the people in our city."