The president in peril again 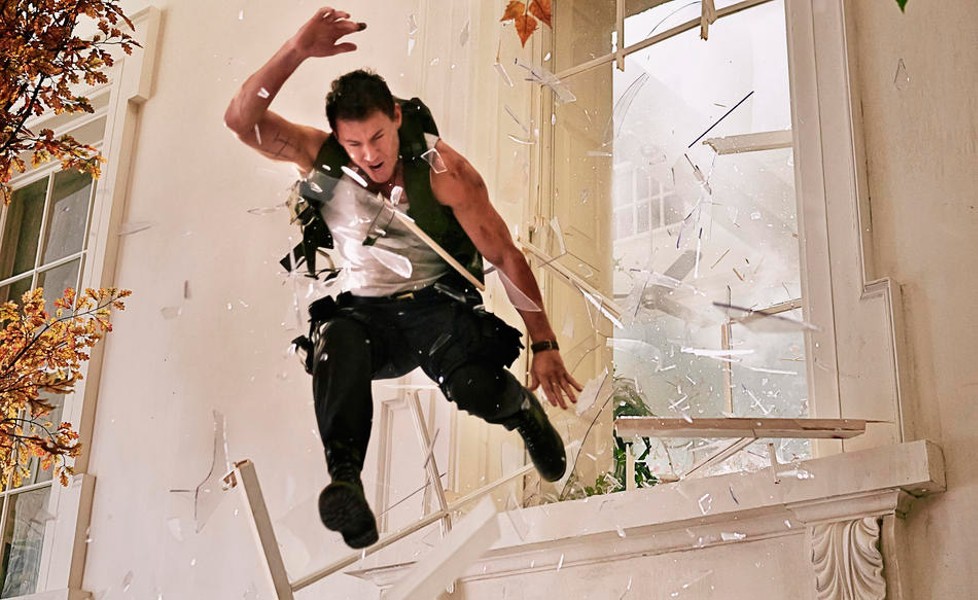 The appearance of "White House Down," a thriller about a terrorist attack on the White House only a short time after "Olympus Has Fallen," a thriller about a terrorist attack on the White House, should inspire more commentary than the obvious remarks about coincidence. The movies, after all, are the creation of the American film industry, that nest of leftist Hollywood "elitists" who enliven the erotic dreams of conservative crazies and inspire those crybabies to produce their fine Republican whine. Two such similar pictures so close together suggest that once again popular film reflects some sinister undercurrents in the culture, the perfectly plausible notion that a good portion of the audience really wants to see their president in peril. ("Air Force One," "Independence Day," "Olympus Has Fallen," and this film, by the way, all feature obvious surrogates for Democratic presidents — think about it.)

In the case of "White House Down" the president also happens to be an African American, James Sawyer (Jamie Foxx), who has just set forth a plan to withdraw all American forces from the Middle East and convene a meeting of all the region's leaders to establish a permanent peace. The inescapable similarities to Barack Obama underline the film's connection to current events; the various motivations of the attackers, especially the hatred they all voice, follow quite closely the opinions uttered every day by politicians, pundits, and commentators.

The plot develops in several directions, focusing on a handful or people connected in one way or another to the White House and the presidency. John Cale (Channing Tatum), a plainclothes Capitol policeman hoping to join the Secret Service, visits the place for an interview, and brings his daughter Emily (Joey King), a history buff and a fan of the president, for a tour. He doesn't get the job, but as their tour begins, a large, heavily armed gang of gunmen explode a bomb, shoot scores of guards and agents, take the tourists hostage, and demand $400 million and the usual airplane exit.

Instead of simply storming the place, as in "Olympus Has Fallen," this group enters surreptitiously and more or less peacefully, through possessing all the necessary access codes, obtained from the head of the Secret Service (James Woods), of all people, who harbors his own reasons for treachery. The gang includes a number of representatives of lunatic groups — white supremacists, ex-mercenaries, hardened special-operations soldiers, probably a Tea Party member or two, for all we know — all of them bearing some kind of grudge against the government. As it turns out, the whole complicated assault actually constitutes an attempt at a coup d'état inspired by devotion to the aims and profits of the military-industrial complex.

In addition to its slam-bang, nonstop, and extremely violent action, the movie provides moments of humor and some convincing human touches. Little Emily Cale serves as one of its heroes, taking videos of the gang with her phone and sending them out over the Internet, which helps identify the gunmen. Unsurprisingly, contemporary electronic technology dominates much of the methods of the attackers, including control of the White House security devices, the firing of a missile to shoot down the vice president's plane, and of course, access to the launch codes that will initiate a nuclear strike on the Middle East.

Channing Tatum, a fast-rising star, seems likely to succeed the mighty Arnold and the lesser Bruce as the muscular action hero of the day. He possesses a convincing physical presence and performs credibly as the anguished, helpless father of a young girl in terrible danger. His hand-to-hand fights with the leader of the terrorists (Jason Clarke) take up far too much screen time, but show him as virtually indestructible no matter what weapon his adversary uses against him.

"White House Down" sustains its plot and employs its excellent cast with skill and conviction. The sets, the effects, the manipulation of contemporary reality with utter authenticity all demonstrate the slickness and competence of Hollywood filmmaking at its best. When those Hollywood leftist elites attempt to take down the president of the United States, they do a terrific job.