Where have all the gay bars gone? 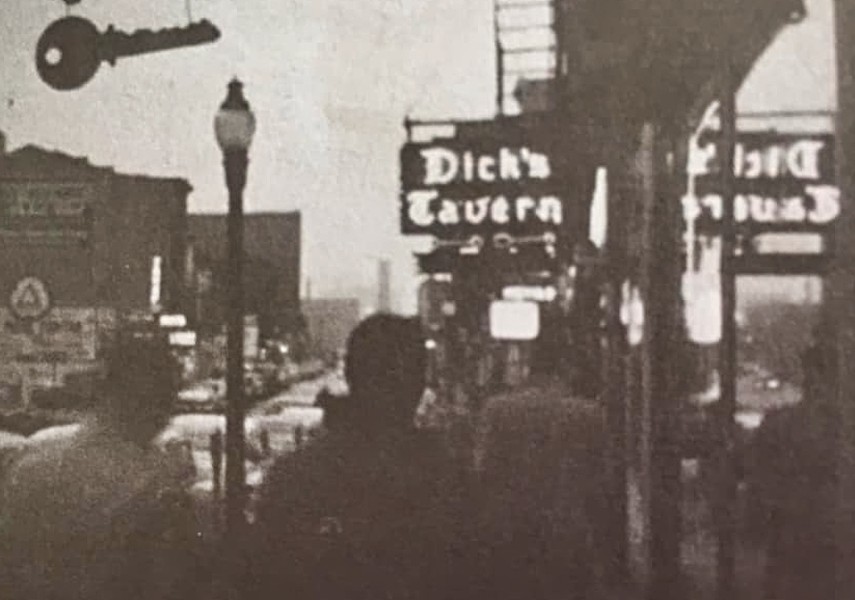 COURTESY OF THE ROCHESTER PUBLIC LIBRARY Dick's Tavern on Front Street was noted by the FBI in a 1958 report to be a "notorious gathering spot for homosexuals." The bar later relocated to South Avenue and was renamed Dick's 43 Lounge.
Pamela Barres still remembers the freedom she felt walking into Rosie’s wearing lipstick and that red wig.

Back then, Barres was a middle-aged married man with children and a job at Kodak by day, and a covert “cross-dresser” by night eager for acceptance of her authentic self. She found it at Rosie’s, a lesbian bar on Monroe Avenue.

“It was one of the few places I could be totally me,” said Barres, now a 79-year-old trans woman. “I was very, very hidden most of my life. And I was afraid of anybody finding out.”

More than 30 years has passed since those days, and Rosie’s, like dozens of other gay bars in Rochester and hundreds across the country, has closed. Still, the rush of relief Barres experienced has not left her.

“There was a lot of fear, but excitement at the same time, and it felt so good to go someplace and feel that I wasn’t going to be beat up,” she said. “I wasn’t going to be screamed at or told how sick I was, or things like that, which we were all afraid of.”

For decades, gay bars were among the few places that queer people could gather in relative safety. To their patrons, they were important spaces for finding and socializing with one’s people — and looking for love or a hook up was a big part of the scene.

“Back then, you couldn’t meet in places that hetero people could meet,” said Robert Dardano, a 65-year-old retired archivist for the Library of Congress who spent his younger years in Rochester before relocating to Washington, D.C. “If you were looking for a boyfriend and got rejected, at least you knew it wasn’t because you were gay.” 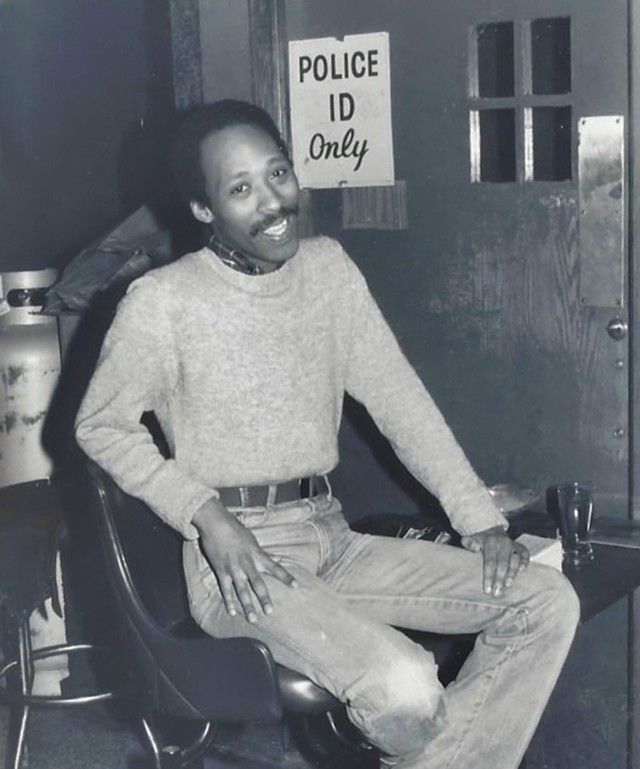 In a blog post for the Out Alliance’s “Shoulders to Stand On” project that archives memories of LGBTQ+ culture in Rochester, Dardano recalled coming out in Rochester and some of the many gay and lesbian bars that served as social spots for Rochester’s queer community.

“The early-80s seemed to be a Golden Age for gay and lesbian night life in the Flower City,” Dardano wrote. “When I tell people in Washington, D.C., where I now live, how many bars there were in a city the size of Rochester, N.Y., they are amazed.”

By the early 1980s, there were roughly 1,600 bars across the United States that catered to the LGBTQ+ community, including about 200 that were specifically geared toward lesbians, according to Greggor Mattson, an associate professor of sociology at Oberlin College who tracked the closure of queer bars using the Damron travel guide for such establishments.

Their numbers dwindled in the ensuing years, but tumbled into an Information Age-induced free fall with the advent of the smartphone. Between 2007 and 2019, bars friendly to LGBTQ+ people declined by almost 37 percent, according to Mattson’s online database and accompanying report.

Listings for bars that catered to gay men dropped to 387 from 699 during that period, while lesbian bar listings fell to just 15. The precipitous drop was only offset by a marked rise between 1987 and 2007 in listings for establishments in which women and gay men were socializing. (The data does not specify whether the women were lesbians.) 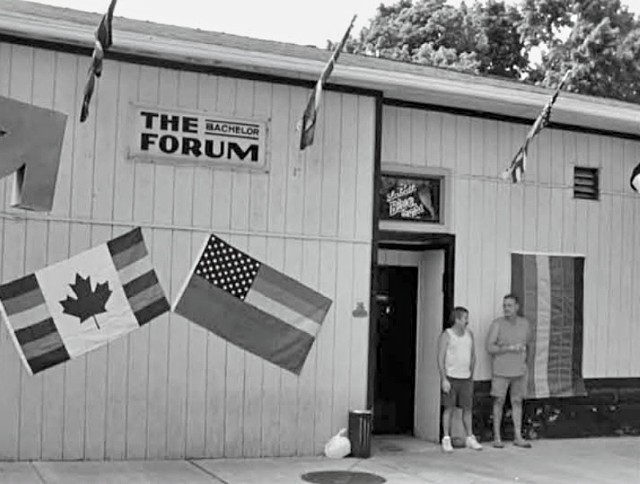 From the 1960s through the early-aughts, downtown Rochester saw the opening and closing of dozens of gay bars and dance clubs. A handful were mainstays, while others were flashes in the pan.

Today, Rochester has three: a pair of stalwarts in Bachelor Forum and The Avenue Pub, and ROAR, a dance club that opened in 2019.

“The biggest challenge is that you don’t really need a gay club anymore,” said Joe Marcella, 63, owner of Club Marcella in Buffalo, which had a location in Rochester on Liberty Pole Way from 1994 to 1999. “If gay people go out, they go everywhere. You can hold hands anywhere. With freedom, you lose a little of what you needed in the past.”

But others insist that, regardless of general inclusiveness, there are many reasons that having specifically gay spaces is still important.

Piecing together Rochester’s gay bar history is no simple matter. There is no comprehensive list, official records are incomplete, and many original owners have died or moved away. Many former patrons of these establishments have aged and have vague recollections of which bar was where and when, and who owned it. Specifics are in dispute.

Jerry Bates, 76, rattled off the names and locations of watering holes and dance clubs he could remember: “Rathskeller was on Chestnut below the Edison Hotel, Red Carpet was across from the Eastman Theater . . . .” 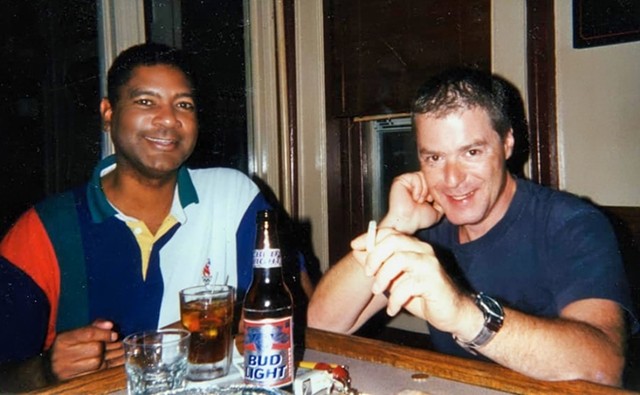 There was also Bachelor Forum, which opened in 1973 on Main Street but later moved to its current location on University Avenue, and The Avenue Pub, which was founded in 1975 and is still on Monroe Avenue. Another place, Tara’s, was located where Abilene currently resides on Liberty Pole Way. The lesbian bar Riverview was near Geva Theatre Center, and Rosie’s became the Bug Jar.

Bates recalled one of Rochester’s earliest gay bars as Dick’s 43 Lounge (also referred to as Martha’s, after the owner), which opened on Front Street in the 1950s and later moved to Stone Street and then State Street. He remembered the days of police raids and other forms of harassment. Owners then would signal possible trouble by telling patrons “No dancing tonight” when they entered the bar.

“They would see men dancing as indicative of, ‘This is a gay bar,’” Bates said, adding that he suspected some places paid off authorities to be alerted to unannounced visits from police.

By the late 1970s and early ’80s, as the threat of police harassment faded, these taverns, piano bars, and dance clubs began to serve the gay community in new ways. 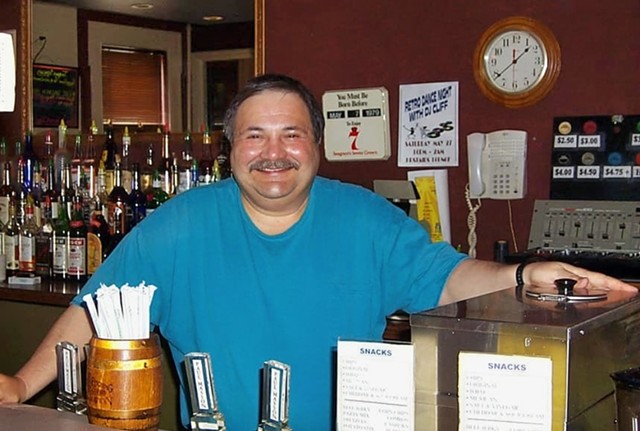 In the early years of the AIDS epidemic, for instance, some nighttime haunts became daytime hubs for community activism.

Tim Tompkins, 67, recalled hosting a meeting at Liberty, his club on Liberty Pole Way, to discuss the strange new disease that seemed to only be affecting gay men. In attendance were Tim Sweeney — who would become the president of Gay Men’s Health Crisis in New York City — and Tompkin’s friend, Sue Cole, who worked for Monroe County’s STD clinic.

“I gave everyone a free drink just to get them in there,” Tompkins said.

CULTURE HAS CHANGED, BUT NOT COMPLETELY

Reasons for gay bars closing range from the cultural to the financial, and sometimes the two overlap.

A more accepting society made it safe for gay people to be themselves almost anywhere. That, in turn, hit gay bars at the register.

“Social conditions have kind of relaxed,” said Ove Overmyer, 66, a retired librarian and the former communications director for the regional Civil Service Employees Association labor union. “Folks don’t necessarily need to go to a gay bar to meet people, you can pretty much do that anywhere now.” 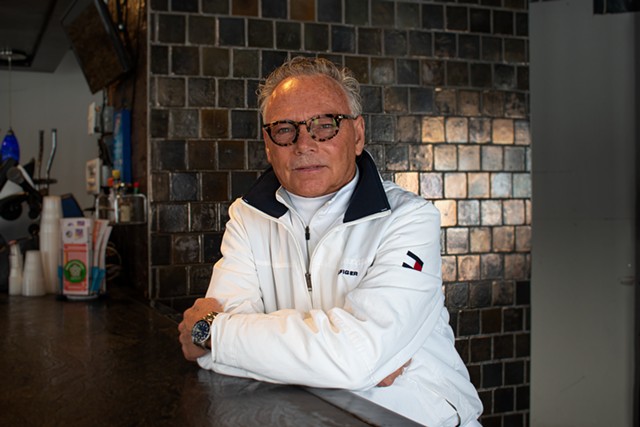 When asked why so few gay bars exist today, the answer from patron after patron was almost universal: “The internet.” “Cruising” can happen quickly on dating apps, without the user having to spend any money or much time trying to meet someone.

“The advent of the internet changed everything — you can have your dinner and your sex delivered straight to your door,” said Tuesday Thomas, a 60-year-old trans woman, comedian, and actress who is based in Los Angeles but grew up in Rochester and bartended and performed at several gay clubs here in the late ’70s and ’80s.

But long before the invention of the internet and smart phones, there was “mainstreaming” of gay clubs. Clientele at these spaces became increasingly mixed as more representation of gay identities hit mainstream pop culture. Once-underground features of gay clubs, like drag shows, became ubiquitous.

Marcella said his Club Marcella started out as a gay space, but quickly became popular with straight people, too. His business model became more inclusive, and he said that success meant changing with the times.

Nowadays, he said, most clubs can’t survive on a gay-only clientele with the singles scene online. “Grindr is killing the gay nightlife,” he said.

Sara Rosenfeld, a 50-year-old military veteran who self-identifies as a “masculine-of-center woman of color,” offered a tongue-in-cheek reason for the waning of lesbian bars. “Lesbians nest,” she said with a laugh, playing on the oft-repeated trope that lesbians date briefly before shacking up and swearing off the bar scene.

“And at my age, it’s about quality over quantity,” Rosenfeld said. “I’d much prefer to meet a nice woman at the library than in line for the pisser at the Forum.” 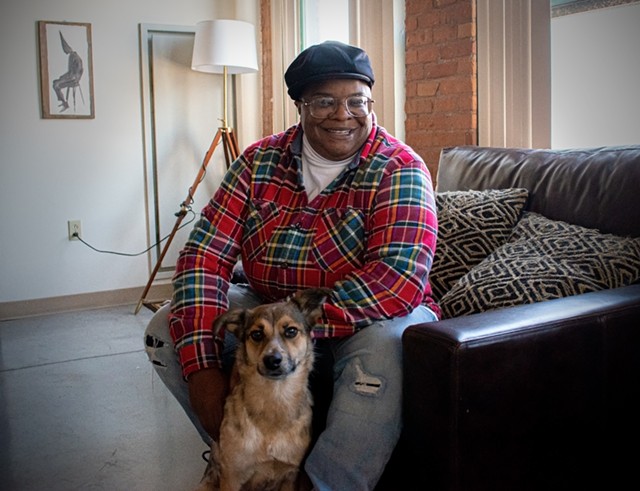 Rosenfeld currently works as a school culture consultant, but spent years as a bouncer at several gay bars in Rochester and San Francisco. Through that work she made a more serious observation: not all gay bars are safe spaces for all gay people, especially queer people of color.

She touched on an ongoing inclusivity issue that is not exclusive to Rochester, but is present here.

An outgrowth of it is the existence of Rochester Black Pride, which was created in 2015 partially in response to complaints from LGBTQ+ people of color that they did not feel welcome in what were predominantly white spaces.

AN ONGOING NEED FOR QUEER SPACES

Many former owners and patrons agree that a shift in culture has made gay bars obsolete.

That question is the central focus of a forthcoming book by Mattson, the Oberlin professor who tracked the decline of queer bars, titled “Who Needs Gay Bars?” to be published by Redwood Press. 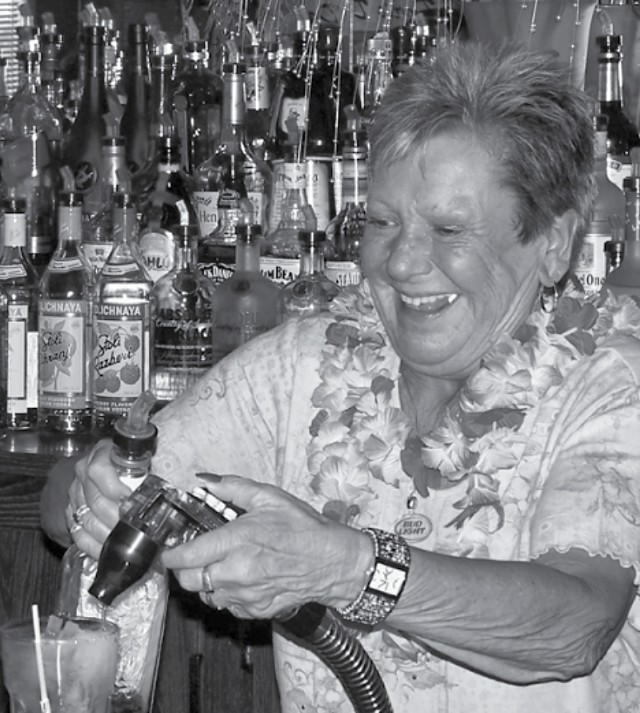 “Gay bars — who needs them these days?” Mattson wrote on his website promoting the book. “No really, who needs them? The newly out or newly widowed? The LGBTQ+ people who’ve rarely found a welcome in them?”

But the spaces remain important to many people.

Bates met his partner at The Avenue Pub and still frequents the place. He is semi-retired but not “out” at work, and said he relies on the tight-knit community at The Avenue to feel like himself. He said he spends time hanging out with friends and meeting new friends earlier in the evening, before the younger crowds go out.

Just like decades ago, gay-specific spaces can take the guesswork out of the kind of night you’re going to have — they decrease the chances that you’ll get harassed, or seen by someone who is homophobic, Bates said.

But even “gay-specific” is a nebulous term.

“Most every bar now is gay-friendly, and even the gay places are mixed crowds, maybe 50 percent gay,” Bates said. “But if the owners are gay, it makes a difference.”

Many millennials and zennials who identify as queer seek queer-friendly environments and spaces to spend time — bookstores, cafes, and other spots, even if they’re temporary.

Underground, pop-up dance parties like Sole Rehab and Juice Box ROC cater to younger queer people who want to revel and express themselves in a vetted safe space.

Dardano, the Library of Congress archivist, said that he thinks having gay-specific spaces is still important.

He pointed to the enduring annual Pride celebrations as evidence that the community needs to have ways of affirming itself, and that young people especially need to know where to find this affirmation. For him and others, the assimilation of gay culture has been bittersweet.

“We enjoyed being different,” he said. “There was an excitement to the underground quality of life.”