Special Sections » A Year of Covid-19: Our Lost Year 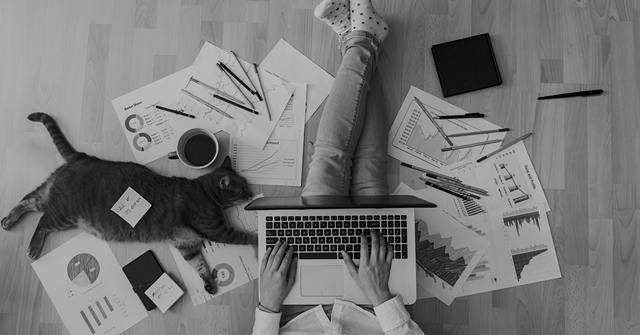 The way many people work may never be quite the same.

Prior to the pandemic, telecommuting was already growing in popularity among workers and employers. But as government-mandated COVID-19 shutdowns forced companies to reduce office headcounts, sometimes by 100 percent, many rapidly shifted to work-from-home models.

Suddenly, employers and workers raced to make sure company systems could be accessed remotely and that employees were connected not just by phone and e-mail, but by productivity tools such as Slack, Teams, and WebEx. Zoom, with a capital “Z,” is now an everyday verb. “WFH” — working from home — because as ubiquitous as “WTF.”

Several surveys and polls have tried to pinpoint the percentage of the labor force that’s been working from home during the pandemic, but the numbers vary. A Gallup poll from October found that 33 percent of respondents were working from home on a full-time basis and 25 percent on a part-time basis. Of the respondents, 41 percent said they weren’t working remotely at all.

By comparison, 2018 Census Bureau data showed that 3.6 percent of the workforce telecommuted during at least half of its work week, according to an analysis by the consulting firm Global Workplace Analytics.

Stanford University economist Nicholas Bloom, who had conducted several nationwide remote work surveys, estimated in June that 42 percent of U.S. employees were working full-time from home. Another 26 percent of the labor force, largely essential service workers, continued on at their workplaces. The remaining 33 percent were not working at all.

Workers and employers both want remote work to stay, at least to an extent. In the October Gallup poll, two-thirds of respondents stated that they want to continue working from home after the pandemic. In August, Harvard Business School researchers reported that one-third of the firms they surveyed believed that remote work would be more common after the pandemic ends.

But not every job is suited to remote work. In December, the Pew Research Center released the results of a survey it conducted on remote work, and 62 percent of respondents said that their jobs cannot be done from home.

Pew survey respondents with a bachelor’s degree or higher were far more likely to have jobs that could be done from home than those with some college education, a high school diploma, or less. The same pattern for upper-income workers versus middle- and lower-income workers.

The shift to remote work also highlighted one of America’s technological and social struggles. Bloom reported that in his surveys, only 65 percent of respondents said they had internet connections robust enough to support “workable video calls.”

“The remaining 35 percent have such poor internet at home – or no internet – that it prevents effective telecommuting,” he said, noting the inequality as one of several already developing around telecommuting.