Weekly Planner May 9-15: What's Happening in Music, Arts, and Life

May 09, 2022
Where else can you find thrash metal one night, and Weird Al Yankovic the next night? The CITY magazine planner! And you’ll find the rest of the CITY events calendar here. 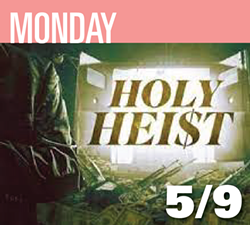 A cocky Rochester cop, a conniving Catholic priest, a bashful boxer, and a quiet Irish Republican Army rebel got together, see, and ... This isn’t the setup for a joke, but the cast of characters thought to be behind one of the biggest unsolved robberies in American history — the 1993 stickup of the Brinks depot in Rochester that netted $7.4 million. This documentary by Sebastian Mylnarski, based on the meticulously-reported true-crime book “Seven Million,” by Democrat and Chronicle writer Gary Craig, screams Rochester. You’ll recognize the names and the streets, but the story will surprise you. No one will be asking former federal prosecutor Charles Pilato to be the grand marshal of the Rochester St. Patrick’s Day Parade after watching this. 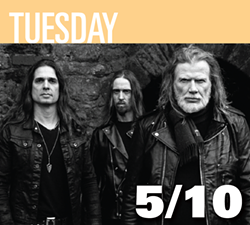 Unabashedly labeling itself “The Metal Tour of the Year,” that year was actually supposed to be 2020. But the COVID pandemic forced the bands to cool their heels until last year, when the tour drew 172,000 thrash metal fans over the course of 29 dates. This is the second leg of the tour, as Megadeth amps up the metalheads for the release of its 16th album this summer. Lead singer Dave Mustaine is the only band member who has been a part of all of them, although his career got off to a rough start: He was Metallica’s first guitarist, but was kicked out of the band for erratic behavior just before it came to Rochester to record its first album. This show offers some veteran vibes: Co-headliner Lamb of God has been at this heavy metal, groovecore thing since 1994. 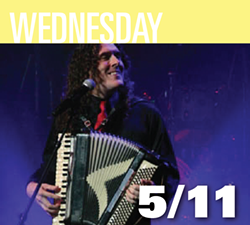 What comes to mind when you think of Weird? The “Dr. Demento Radio Show,” zany polkas, or perhaps “Eat It”? Or do you find yourself in an “Amish Paradise,” singing “Y-O-D-A,” or perhaps preferring “Word Crimes” to “Blurred Lines”? Weird Al’s clever and endearing parodies initially succeed by being so up-to-the-moment, and the best of them hold up decades later. The “self-indulgent” nature of this tour means that along with the more familiar songs, Yankovic will highlight his “non-parody material — the somewhat more obscure pastiches and original songs that have largely escaped the pop culture radar.” Tickets range from $49 to $89. 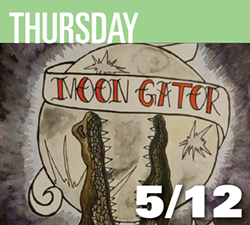 When it comes to music, I often gravitate toward the esoteric. The more complex or eccentric the sounds are, the more intriguing to me. But less can be more, too. That was my experience when first listening to the straight-forward blues rock of the Rochester duo Moon Gator. There’s something to be said for the bare-bones instrumentation of singer-guitarist Tommy Francis and drummer Chris Couture, especially when it’s delivered with the sauntering confidence and simmering energy found on their recent collection “Watchmen Session Demos.” Moon Gator closes out an 18-and-over show that starts at 9 p.m. and includes fellow local act The Wily Tycoons and Brooklyn rock band The Velvicks. The cover is $10. 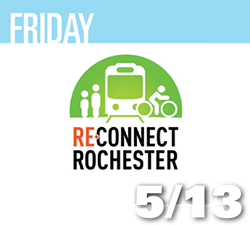 Biking at night can be a serene experience. Imagine coasting down quiet streets pulsing with lights, the crisp air flowing over your face. It’s soothing. Reconnect Rochester is kicking off Bike Week by celebrating the glory of post-dusk pedaling with Light Up the Night. The 11-mile, slow-paced ride covers city streets and some trails; this is a social ride where comfort is top of mind. When biking in the dark it’s wise to wear light-colored clothing and to have a headlight and tail light on your bike. To make the ride fun and festive, organizers encourage participants to deck out their cycles with bike lights and glow sticks. The event is organized by Reconnect Rochester, a group that encourages transportation choices of bus, rail, bike, or on foot.

This jazz singer from Charlottesville, Va., got off to a swift start; she recorded her first album at age 9. Now 27 years old, she’s performed with Chris Botti and Michael Feinstein, and toured with Wynton Marsalis and the Jazz at Lincoln Center Orchestra. After half-a-dozen albums, she’s regarded as a new star of traditional jazz, be-bop, vocalese and scat singing. Swift also has a dark edge: She’s composed a goth-rock opera, “Vera Icon,” about a murderous nun.

How to defeat an oppressive ruler who uses his power for ill and seeks to dominate the land? In this Russian fairytale ballet, love and heroism carry the day — with some magical help from an enchanted bird. The dances of love, death, swords, and sorcery are choreographed by Robert Gardner to Igor Stravinsky’s lush score, composed in 1910 when he was a young, mostly unknown composer, delighting Parisian audiences before just a few years later shocking them with his daring “Rite of Spring.” Performances take place at Fort Hill Performing Arts Center May 13-15, and at Nazareth’s Callahan Theater from May 20-22.