May 30, 2022
This week we start with Ringo Starr and close with drag queens. So we have it all, although the Rochester Roast may have something to say about that. You’ll find the complete CITY calendar here. 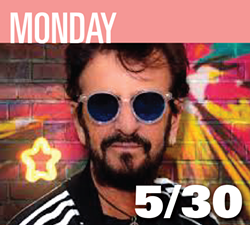 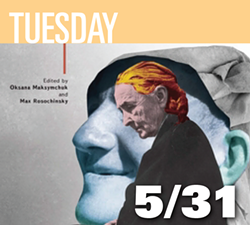 Local poets read from “Words for War: New Poems from Ukraine,” a new collection of works by Ukrainian writers. Sonya Bilocerkowycz, author of “On Our Way Home from the Revolution: Reflections on Ukraine,” delivers the introductory remarks. Tickets are $10, $15 and $20, with the proceeds going to RocMaidan, a non-profit group working on behalf of Ukraine through the Ukrainian Cultural Center of Rochester. View the war from a safe distance, through a Zoom call; attend in person, and masks are required.

The Old Souls are exactly that in name, spirit, and influence only. This quartet of musicians cites influences from the ’60s, ’70s, ’80s, and ’90s, despite each of its members being under the age of 18. Their blend of funk, blues, jazz, and rock with a serious sound resonates across generations. Froth Brewing from Buffalo will be in attendance offering up a tasting of their heavily fruited smoothie sours.

Where was The Nitrate Picture Show when it was so rudely interrupted by the pandemic in 2020? Yes, ready to open with the 1948 film “Portrait of Jennie.” And that’s where this year’s sixth edition picks up. “Portrait of Jennie” stars Joseph Cotton as a struggling artists and Jennifer Jones, who buys one of his paintings. The rest of the titles won’t be revealed until 10 a.m. Thursday, when the Dryden clears the schedule for four days of the sharp, dynamic images as they were initially presented on nitrate film stock. 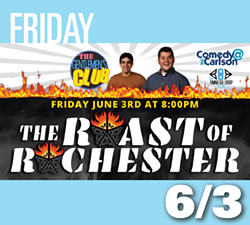 The art of “roasting” is a subtle one, and a solid roast can take all sorts of different forms. Maybe it’s taking playful jabs at an old friend. Maybe it’s a handful of celebrities getting on cable television and ripping on Alec Baldwin for an hour. The Roast of Rochester is kind of a combo of both. Our little city on the Genesee has plenty of quirks that are ripe for roasting; let’s just hope we can all take a joke. If the name Maureen Callahan rings a bell to you, we might be in trouble. This show has a two chill pill minimum for staunch Rochester defenders.

Now in its 15th year, this is opening day for patrons to inspect in person the 5,000 or so pieces of art, each a square 6 inches by 6 inches, all collected from around the world. The event, a fundraiser for RoCo, offers each anonymous artwork for sale for $20. A special emphasis this year is on art collected from Puerto Rico, “Square the Love: Puerto Rico.” These will sell for $40, with half of each sale benefiting Fundación de Culebra, which protects the history, environment, and culture of the Puerto Rican islands of Culebra & Vieques.

Dinner and a show is old news. These days the cool kids are having their entertaining munch much earlier in the day with popular brunch and drag show events. But you don’t have to be the earliest riser to catch a midday meal with friends at Bar Bantam while being dazzled by the sky-high wigs and wit of Rochester drag royalty Mrs. Kasha Davis, Aggy Dune, Ambrosia Salad, and Darien Lake. Doors open at 11 a.m., and the show begins at noon. Plenty of time to sleep in and get gussied. But seating is first come, first serve, so don’t dally. Tickets are $60 and include admission to the show and a brunch buffet. Drinks are sold separately.