Weekly Planner May 16-22: What's Happening in Music, Arts, and Life

May 16, 2022
Thankfully, we have a calming, yoga-centric play this week to temper the eye gouging of “King Lear.” You’ll find the complete CITY calendar here.

If you’re looking for the late-night jazz fest spirit outside of that week in June, you can find it most Monday nights on State Street. The first set starts around 8 p.m., but the real magic happens in the second set, when musicians who have been haunting the corners of the gallery with their instrument cases are invited to step in. A vibraphone rolls up. A trombone slides in. Things get wilder, weirder, and more wonderful, until… well, I can’t tell you where it ends up. When I reluctantly dragged myself out of there at 11 p.m. one night, the music showed no signs of stopping. All this for just a $5 cover.

Most of the 36 million Americans who practice yoga say they started for “stress relief and flexibility.” But the other 290 million Americans who think a downward-facing dog is a canine that just got scolded for making a mess on the living room floor could get the same benefits by catching this romp of a play by Dipika Guha. Life at the booming athleisure-wear company Jojomon (no resemblance to Lululemon, nope, none at all) is peaceful, until a scandal forces corporate shills to strike a warrior pose. Watch for the conflicted yes-men who furtively dare to utter the forbidden word: “stress.” The comedy runs through June 5.

Years ago, I wrote that Tori Amos was “the Grateful Dead for the Angry Young Woman Screaming To Get Out Of Everyone’s Body.” Very little has changed and, quite frankly, the issues remain serious. On her first album, Amos wrote of being sexually assaulted at the point of a gun. Her latest release, “Ocean to Ocean,” plunges into more ideas of anger and loss, although the themes are more than personal: The title track is a reflection on climate change. Yet “29 Years,” with its lines such as “these victim tears, a song from my past,” reflect on the time that has passed as Amos learned to deal with “Me and a Gun.” Opening is the sister duo of Sophia and Jo Babb.

Maybe you’re not the lilac type. But this might be the best night of music at the Lilac Festival. Osborne is a Swedish-born, New Orleans-bred, blues-minded songwriter and guitar shredder. Greene is cut from the same cloth, a Californian who has played with the Black Crowes and the Grateful Dead’s Phil Lesh. The fact that they’re onstage together is double your money; a meaningless cliché, as the show is free. Opening at 5:30 p.m. is the Buffalo trio Organ Fairchild, no relation to the actor Morgan Fairchild. 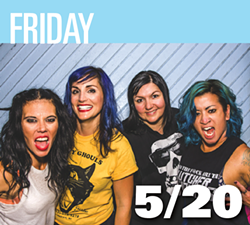 I first heard Bad Cop Bad Cop when it released 2017’s outstanding “Warriors,” a record that blew away this aging, jaded punk. Then the Los Angeles band topped it with 2020’s “The Ride,” and specifically the song “Simple Girl.” It’s a forceful ode to the complexities of womanhood — this is an all-woman quartet — with its refrain of “I’ll never be a simple girl,” which reminds me that so many of the women in my life (and yours) are badasses: my mom, my partner, my friends, my colleagues. This show will set you back $15 in advance, $18 at the door, but I bet it will be worth it. Also playing are the Homeless Gospel Choir (just one guy) and On The Cinder. 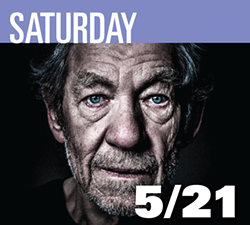 King Lear” is considered by many Shakespeare fans to be The Bard’s finest tragedy. How has it aged? Set aside your codpieces and flagons of ale. This contemporary version by the Chichester Festival Theatre, shot directly from stage to screen, seems to take the play into the 1930s and beyond, with cast members in army fatigues and toting modern guns. Watch as Glouster has his eyes gouged out to dance music on the radio. And Ian McKellen got rave reviews for his portrayal of Lear. 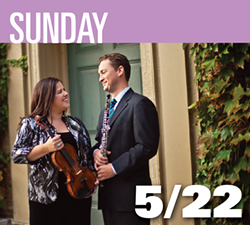 Dvorak and Tyzik: Folk Music Inspirations
Throughout this weekend
Online

Miss this program in person back in April? The Society for Chamber Music in Rochester is one of the groups that have kept local musical events accessible online — which means that even if you can’t (or don’t want to) get out of the house and sit in a crowd, you can hear the world premiere of Jeff Tyzik’s “Dance Suite,” Antonin Dvorak’s lyrical Piano Quintet in A Major, and “The Sobbing of the Phoenix,” a saxophone quartet by recent Eastman graduate and emerging composer of concert and film music Aaron Siebert. You can watch any time this weekend, from 7 p.m. Friday through 10 p.m. Monday. Tickets are free, donations are suggested to help pay the musicians.