July 11, 2022
What a dull week it would be without the screening of a David Lynch classic at The Little. “Lost Highway” was Robert Blake’s last film, and perhaps his creepiest role. You’ll find the complete CITY calendar here. 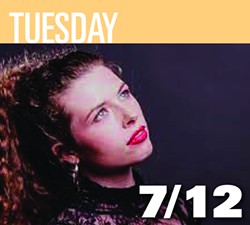 Prepare to be entranced by this artist’s soulful and raspy vocals, clever and thoughtful lyrics, and sexy stage presence. Wicklund bottles up the spirit of her inspirations — from Lindsey Buckingham to Tom Petty and Jimi Hendrix to Jeff Beck — with her raw talent, shakes it up, and pops the cork. This South Carolina native is only 25, but has been performing on the road since she was 16 and figures she’s played more than 2,500 shows. Consider yourself lucky to have a chance to see one of them. Wicklund is in town one night only. Tickets are $20 in advance and $25 at the door. Doors open at 6 p.m. and the music starts at 8 p.m.

The Rochester Red Wings are running a Pride Night promotion in partnership with Rochester LGBTQ+ Together. The Red Wings play the Omaha Storm Chasers. Fans can buy Pride Packs starting at $34, which include a Pride-themed tank top and a ticket. There’s a pre-game performance by the Flower City Pride Band, and fireworks afterward. 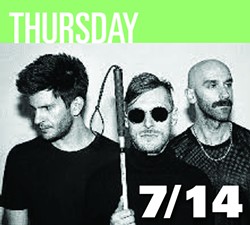 The Ithaca-based pop band is known for its outspoken advocacy on social issues. Its 2019 single, “Optimistic,” about gun violence, seems particularly relevant on this news cycle. Also playing are Canadian bluesman Colin James and Head to the Roots.

Creepy. Stylish. Mysterious. David Lynch in his element and at his best. Ask me to tell you what this movie is about or what happens, and I can’t remember — but I do vividly recall several haunting images, including one of the creepiest, most inexplicable moments I’ve experienced watching movies. Combined with the soundtrack — both the music and the effects — it all adds up to a real mood. Experiencing this modern classic in a theater is a treat, and hopefully more so with this new 4k restoration by Janus Films. The curtain rises at 7:30 p.m. Don’t blame me for any lingering nightmares.

A beacon of contemporary folk, Dar Williams is not only a great singer-songwriter, but she minds the planet for us. She’s written several books, and the title of this one kind of sums up her thinking: “What I Found in a Thousand Towns: A Traveling Musician's Guide to Rebuilding America's Communities-One Coffee Shop, Dog Run, and Open-Mike Night at a Time.” Opening is Heather Maloney. Tickets range from $25 to $45. 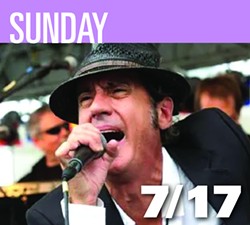 A benefit for the Rochester Music Hall of Fame, with more than 100 local acts playing on 15 stages, both indoor and outdoor. The final shows at all venues hit the stages at about 7 p.m. General admission tickets are $25 through July 16, with day-of admission $30.