April 11, 2022
OK, so we’re a little heavy on music listings this week. And that’s without even mentioning Buddy Guy Friday and Gordon Lightfoot Saturday, both at Kodak Center. And local heroes Joywave, also Friday and Saturday, at Anthology. As always, it’s a good idea to check each venue’s COVID policy. You’ll find the complete CITY calendar here.

To get the Weekly Planner delivered to your inbox, subscribe here. 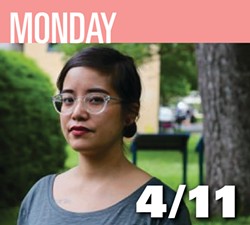 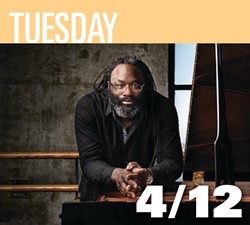 The Rochester Philharmonic Orchestra and the University of Rochester’s Eastman School of Music jointly present a multimedia presentation of pianist Awadagin Pratt reflecting on his life as a Black man and race through music, spoken word and images. Pratt stays in town to join the RPO Thursday and Saturday at Kodak Hall.

Greenthumbs (or aspiring greenthumbs) rejoice! Are you, like me, a renter who has a keen interest in growing your own food without ticking off your landlord? When the Henrietta Garden Club meets at 6:30 p.m., Master Gardener Melanie Popick will be there to teach the new-to-me method of growing fruits and vegetables in straw bales. Few things get me more excited than a fresh tomato plucked from the vine in the summer months.

Beyond the Fold: “The Insider”

News. Arts. Life. That’s what CITY is all about, and this one-day event rolls them all into one. “Beyond the Fold” is a six-part film and talk-back series that takes a 360-degree look at journalism through the lens of some of the best films ever made about the craft. Whistleblowing, investigative reporting, corporate control of media, and The Little Theatre’s buttery popcorn are on the menu with a showing of “The Insider,” starring Russell Crowe and Al Pacino as a whistleblower and newsman who take down big tobacco. The film is followed by a discussion with Pulitzer Prize-winning investigative journalist, David Cay Johnston. CITY Editor David Andreatta moderates.

What makes for a better night? Todd Snider playing his music? Or Todd Snider telling his stories? I’ll take either one. His stoner persona is a perfect match for witty songs such as “Talkin’ Seattle Grunge Rock Blues.” Opener Kevin Gordon, who played the Rochester International Jazz Fest in 2019, hangs with a crowd that includes Snider and Lucinda Williams, and Keith Richards has even recorded one of his songs.

The Theater at Innovation Square

The celebratory musical revue “Lady of Song” — written, directed, and produced by Rochester soul singer Cinnamon Jones — pays homage to some of the greatest female singers of the 20th century. Local artists such as Zahyia, Kholaa (a contributing writer to CITY), Sarah De Valliere, and Jones herself perform classics made iconic by the likes of Tina Turner, Diana Ross, Patsy Cline and Barbra Streisand. 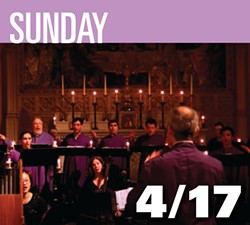 Need to get your head together before starting another week? Spend a half hour lost in meditative music performed live by candlelight in this resonant sanctuary amidst the bustle of the East End. Show up by 8:50 p.m. to hear an organ prelude, followed by the other-worldly singing of the Schola Cantorum starting at 9. The Compline continues every Sunday night through April.