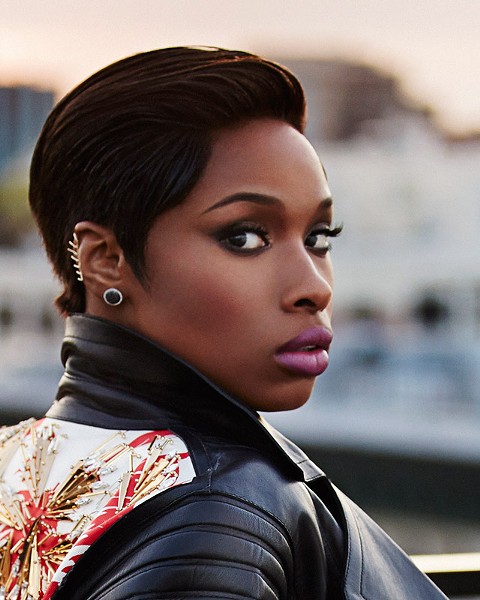 Antonio Sanchez & Migration Since moving to New York City in 1999, Mexican drummer Antonio Sanchez has been one of the top players on the national scene, enhancing the groups of Pat Metheny, Dee Dee Bridgewater, Joshua Redman, Christian McBride, and many others. His all-star band Migration features Seamus Blake on saxophone, John Escreet on piano, and Matt Brewer, bass. (RN) antoniosanchez.net

Dana Fuchs Band Man, she looks beautiful and sounds just as dangerous. Big Apple by way of F-L-A, Dana Fuchs is soul with extra soul and grit churning out the blues on the side. Fuchs' voice is the soundtrack to a juke joint apocalypse with a ragged, sexy tone that'll singe your eyebrows. The devil digs this chick, I just know it. (FD) danafuchs.com

Gypsophilia These Nova Scotia natives augment Gypsy-jazz jump and stripped-bare tradition with a contemporary addition of instruments like the trumpet and keyboards to create something that can best be described as a life-size music box. What a wonderful soundtrack for breathing out and in. (FD) gypsophilia.org

High Definition Quartet Poland may not be thought of as a hotbed of contemporary jazz, but don't tell that to the High Definition Quartet. After his first-hand experience, no less a jazz giant than Randy Brecker has called the group "one of the most incredible bands, if not the most incredible group, I have ever played with." (RN) highdefinitionquartet.com

Ignacio Berroa and Hilario Durán Ignacio Berroa was already a major star in Cuba when he rose to fame in America drumming for Dizzy Gillespie. The extraordinary Cuban pianist Hilario Durán is capable of astounding pyrotechnics or the most subtle, intimate sound; he takes the piano on a new journey every time he plays. Together, Berroa and Durán keep the island's Afro-Cuban jazz roots alive and flourishing. (RN) 5passion.com/Ignacio; hilarioduran.com

Jennifer Hudson She is too great a talent to be quickly summarized. Hudson is a Grammy Award-winning singer, an Academy Award-winning actress, and a best-selling author. From starting out singing in a Chicago church to performing at the Presidential Inauguration, Hudson's talent is clear and her dedication to soul and grooving R&B is evident. (NP) jenniferhudson.com

Julia Biel British singer Julia Biel has been described as "Billie Holiday meets Bjork" — it's classic vocal-led jazz dragged into the 21st century. Backed by a rhythm section and Biel herself on guitar or piano, her live show harkens back to a classic three-piece, capable of taking songs one way or another in the moment and maintaining a true jazz spirit. (NP) juliabiel.com

Omer Avital Quintet After moving from his native Israel to New York in 1992, Omer Avital quickly established himself as a first-call bassist with Wynton Marsalis, Kenny Garrett, Joshua Redman, and others. Since then he has staked a claim as a formidable world-music composer and bandleader drawing on his Arabic heritage, Sephardic Jewish melodies, and ancient Andalusian music. (RN) omeravital.com

Roddy Ellias As a composer Roddy Allias can write beautiful and "technically taxing" music for guitar as well as several other instruments, but as a performer he has captivated stages around the world as much in a group as he has a duet or solo performance. Skilled and generous, Allias is a guitar player to be celebrated. (NP) roddyellias.com

Roses and Revolutions Here is a duo that is steeped in the florid and the epic; the gentle and the unwavering; the beautiful and the fierce. At the heart of the Roses & Revolutions is a mere duo bristling in the atmosphere and orchestration. The sound is sort of a young adult contemporary sound, smart with some sass and brass. And though it's anchored in a gentle simplicity, it's still big and beautiful. (FD) rosesandrevolutions.com

Seldom Scene A popular bluegrass act for more than four decades, Seldom Scene has managed to propel its career through its musicianship, signature sound, and as the members put it, "a sheer sense of fun." The band's new collection "Long Time ... Seldom Scene" is a set of fresh interpretations of the band's most requested tunes, and follows a Grammy-nominated 2007 album, "Scenechronized." (NP) seldomscene.com

Sonny Knight and the Lakers This show will unscrew your spine. Sonny Knight is the king of Twin City Soul. He recorded his first 45 in 1965. And floated in and out of music until he was approached by Secret Stash Records who revived this amazing soul man's career. This is the most authentic soul you will hear today. (FD) sonnyknight.com

Troyka London is the home of guitarist and loopist (there needs to be a new term for electronic pedal pushers) Chris Montague, organist Kit Downes, and drummer Joshua Blackmore, together known as Troyka. This British invasion band fuses jazz with rock and electronic dance music in an energetic style that's hard to resist. (RN) troyka.co.uk