Washington Grove sits nearby a bus route, but at the center of this 26-acre woodland you could easily forget you’re in a city.

Lee Sengbusch thinks so, anyway. He lives just down the street, near Cobbs Hill Park.

“You feel right, like you’re way out in the forest. It’s so quiet and peaceful. There’s nothing like it in Rochester," Sengbusch said. "Most cities don’t have this, so we’re so blessed to have this right nearby.”

The landscape is marked by valleys and hills formed 10,000 years ago by glacial movement. Some neighbors describe it as a natural sanctuary, or a woodsy cathedral.


On Thursday, this small forest tucked away in the city of Rochester was inducted into the Old Growth Forest Network. The network is a national nonprofit that works to preserve woodlands like this one, and protect them from development and logging.

“This forest used to be even bigger because in Rochester, these homes weren’t here until later,” said 11-year-old neighbor Max Muller. “I like that they’re not going to be chopping down trees and stuff.”

The national designation of this grove stems from efforts by a group of volunteers called The Friends of Washington Grove. The group has been stewarding these woods for years, and advocating for its preservation.

“Very few old-growth forests exist within city boundaries, and so it’s just wonderful to have it recognized,” said Andrew Seager, president of the group.

Preserving these 20-plus acres does more than protect habitat for the animals and plants that live here.

Urban forests filter air and water pollution and improve medical outcomes for the elderly, and for people with mental health conditions, according to the U.S. Department of Agriculture.

City green spaces also can help cool the environment and counter the effects of urban “heat islands,” where the temperature is higher than other areas due to little shade and an abundance of things like concrete and asphalt, which trap heat, the EPA states. 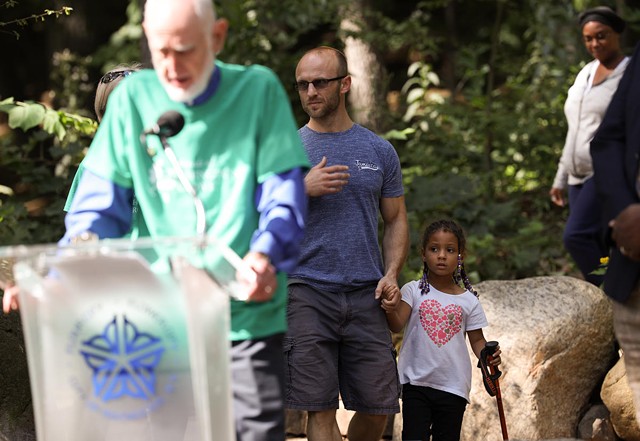 Preserving forests like this one, with trees as old as 250 years, has tremendous value, said Sarah RobbGrieco with the Old Growth Forest Network.

“We’re making discoveries about old forests right now,” RobbGreico said. So, if we cut them all down, we don’t get them back. Yes, forests will regrow, but they don’t regrow the same way.”

The difference between an old forest and one that has grown back after being cut down is found under the soil.

It’s called the mycorrhizal network, fungi that connect one tree’s roots to another’s. Through this system, nutrients can pass from tree to tree.

And if one tree dies, it can send out nutrients in a last ‘gasp.’

“These remaining old forests are incredibly important for science to really understand. We can’t understand what’s happening if there’s no forest left,” she said.

Washington Grove joins 140 other old-growth forests in the national network.

Noelle Evans is a reporter for WXXI, a media partner of CITY.