ILLUSTRATION BY DANIEL ALSHEIMER
Defending herself against criminal charges related to alleged campaign finance violations could get costly for Mayor Lovely Warren — but the campaign war chest that got her in trouble could be tapped to pick up the tab.

The practice of using campaign funds donated by political supporters to pay for legal fees is commonplace among elected officials in New York who find themselves connected to scandal and investigation.

State Election Law requires that campaign funds be used for a lawful purpose related to a “political campaign or the holding of a public office or party position.” Lawmakers typically argue that their jobs make them vulnerable to lawsuits and criminal investigations and, thus, their legal bills should be covered by their campaigns.

“New York’s campaign finance law is more loophole than law,” said Blair Horner, Executive Director of the New York Public Interest Research Group (NYPIRG), a good government group that has questioned the ethics of the practice. “If you know what you’re doing, things can be used as legal defense funds for a wide range of things.”

As of the state Board of Election’s most recent campaign finance filing deadline, Warren’s campaign account, Friends of Lovely Warren, had a balance of $134,220. 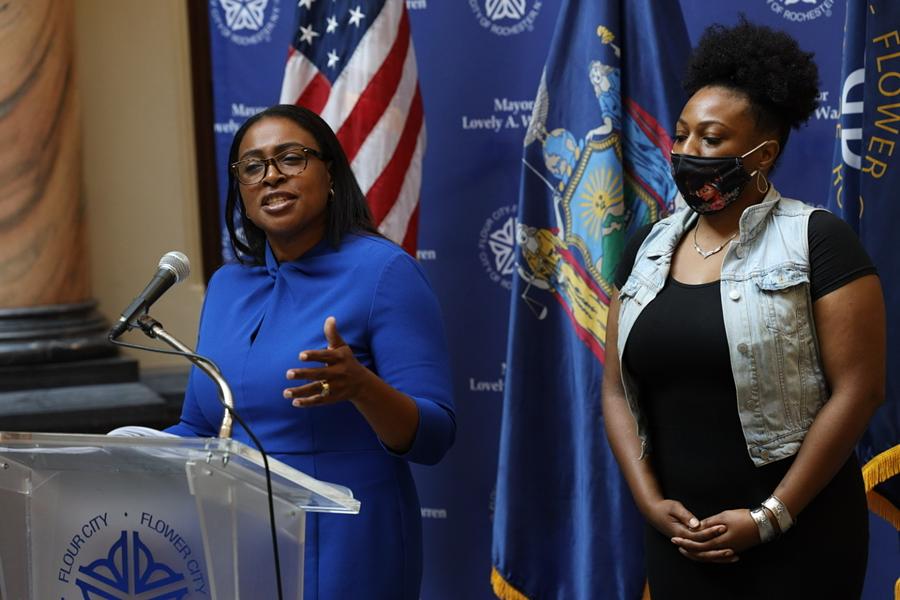 Perhaps the best known and among the most expensive cases in recent years was that of Joseph Bruno, the former Republican majority leader of the state Senate, whose 2009 conviction on corruption charges was later overturned.

Bruno paid law firms nearly $1.5 million from his campaign fund, according to New York Board of Elections records, and turned to the state for reimbursement when he ultimately won his defense on appeal.

The state reportedly paid almost $2.2 million to one of his law firms, which later refunded $1.5 million to Bruno’s campaign, even though at that point he no longer held office.

“Normally, if you’re like the head of the health department and you don’t have any campaign contributions, what happens? You lose, you pay, you win, the state picks up the tab. This is fair,” Horner said. “In the case of Bruno, he won, so he was entitled to reimbursement, but where did that money go? Did it just go to his pocket?”

Sheldon Silver, a Democrat who was the state Assembly’s powerful leader before his fall in 2015, also spent about $1.5 million from his campaign defending himself against corruption charges. He was eventually convicted.

Candidates’ election funds are intended to pay for expenses that are in some way related to the operation of a political campaign. But politicians sometimes take broad liberties with what they consider to be a campaign expense.

Where state Election Law draws a line is on using campaign funds to pay for “any fines or penalties assessed against the candidate” in connection with a criminal conviction. That prohibition was only put into effect in the last decade, though.

Horner said the ambiguity of state campaign finance laws enables elected officials to get away with what watchdog groups consider abuse of donor dollars.

“It’s effectively allowing the lobbying community, where the bulk of the money comes from, to underwrite the legal defenses of elected officials,” Horner said. “That puts them in an inherent conflict of interest. We have the old-fashioned view that campaign finances should be used for campaign purposes, end of story.”