by Gino Fanelli and Jeremy Moule

June 18, 2020
City and county officials are launching the Commission on Racial and Structural Equity to tackle systemic and institutional inequities as well as racism across Monroe County.

Mayor Lovely Warren and County Executive Adam Bello held a news conference Thursday to announce the commission. It will be co-chaired by former Rochester Mayor William Johnson and Muhammad Shafiq, executive director of Nazareth College’s Hickey Center for Interfaith Studies and Dialogue. The commission will be backed by a support team led by Cephas Archie, the city’s chief equity officer, and Deputy County Executive Corinda Crossdale, who previously served as the county’s human services commissioner. 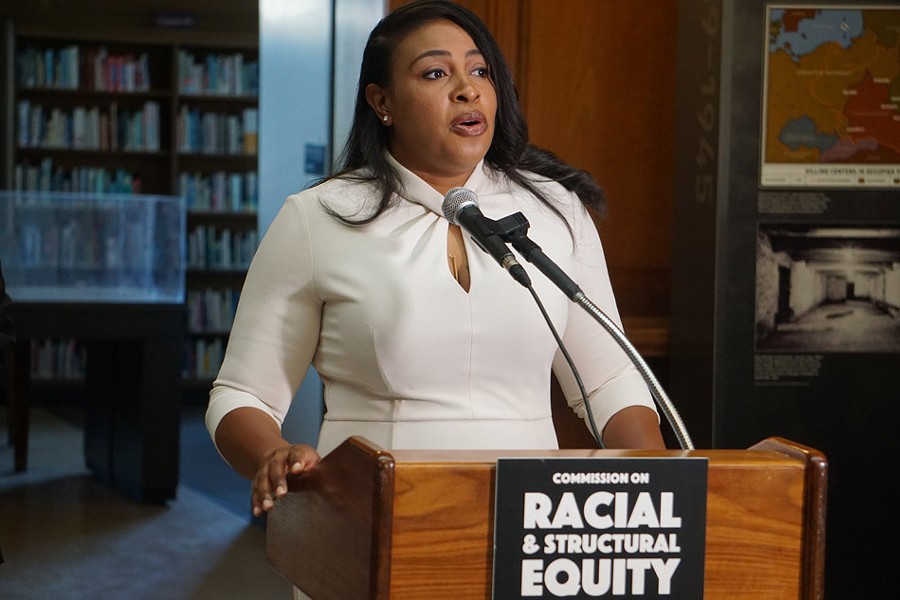 Bello and Warren will handpick the 21-member commission, which will examine and develop recommendations around policies and legislation in areas such as education, health care — including mental health care and addiction services, job creation, business development, and social services. It will report back to the public in six months, according to officials.

“We will rethink, change, and expand how government provides services to truly ensure that every family, and every child, will have access to the American dream,” Warren said.

The commission will also examine policing policies with the intent of fulfilling a requirement set forth in a recent executive order from Governor Andrew Cuomo. The governor announced the order after weeks of protests following the killing of George Floyd by a Minneapolis police officer.

By April 1, 2021, local police agencies have to adopt a plan “that reinvents and modernizes police strategies and programs in their community,” according to a news release from the governor’s office.

Under the executive order, the plans must take community input into account, they must address policies, procedures, and practices, including use of force. The local legislative bodies — City Council in the case of the Rochester Police Department and the County Legislature in the case of the Monroe County Sheriff’s Office — must approve the plans. Any department that fails to develop a plan may become ineligible for state funding.

Warren and Bello did not specify what policing strategies would be evaluated, but said the primary goal of the commission is to suss out the roots racial inequity locally.

“When structural racism and institutional bias prevent our citizens from reaching their full potential, our community as a whole can also not reach its full potential,” Bello said.

Warren emphasized the core issues contributing to racial disparities in Rochester go well beyond just the role of police.

“That includes how we educate our children, how parents have access to jobs, are they actually making a living wage?” Warren said. “Are those things we in government can control, or can we use our voice to advocate for changes in the state and federal government.”