Rochester has a lot to offer LGBTQ students, on and off campus.

As an increasing number of studies are showing, the stress that comes with being a college student can often be a heavy burden. Worries come not only from school work, but the prospect of moving to a new city, meeting new people, and generally continuing to grow as a person.

For many LGBTQ youth entering college, there's can also be worries about acceptance and feeling comfortable on your campus. According to a 2010 comprehensive study on attitudes toward LGBT college students, conducted by LGBT advocacy group Campus Pride, close to 25 percent of lesbian, gay, and bisexual students and university employees have been harassed due to their sexual orientation, as well as one third of transgender university students and employees.

Thankfully, Rochester's LGBTQ students are in good hands. For students enrolled in Rochester's many colleges and universities, there are no shortage of LGBTQ clubs, organizations and resources to take part in.

Just about every college and university in the Rochester area has at least one LGBTQ-oriented club, resource room, or organization. For example, the Rochester Institute of Technology has OUTSpoken, the Q Center, and the RIT Gay Alliance. Nazareth College has the Lambda Association. And the University of Rochester has the Pride Network. These organizations are just a handful of the LGBTQ clubs and organizations that exist across the Rochester-area's many campuses, and they're all in line with the still-growing number of college LGBTQ clubs across the country.

According to a study conducted by the Human Rights Campaign, there more than 4,000 gay-straight alliance groups across the nation's colleges, universities, and high schools. Unfortunately, statistics on the habits of these groups and organizations are limited. While there is no shortage of information out there about which colleges and universities are LGBTQ-friendly, apart from the aforementioned Campus Pride study, there has been a lack of research done into the workings of the LGBTQ groups themselves.

Even without the proper statistical information on these groups, however, some common promising themes and trends come up when looking at the Rochester area's clubs: community, respect, safety, and friendship.

"Our goal is to get people in touch with the LGBT community here at the University of Rochester as well as in Rochester in general," says Shawn Bihler, President of UR's Pride Network. "We're not really an activist group so much as we are a more community oriented one."

Building, and fostering, a suitable LGBTQ community on a college campus is certainly no easy task, but the Pride Network does this by offering events ranging from celebrations of LGBTQ history month to its popular Fall Drag Show. Those events, as well as participation in National Coming Out day, and hosting a film screening as part of Rochester's ImageOut festival, are just what the Pride Network is offering in October.

"I come from a small town, so coming to the University of Rochester was a huge turnaround for me as far as LGBTQ acceptance goes," Bihler says. "I honestly haven't run into any problems as long as I've been here."

The University of Rochester isn't an outlier as far as its warm acceptance of LGBTQ and ally students go. Nazareth College's Lambda Association is also finding tremendous success in creating a good campus environment for students. According to Nazareth's official website, the Lambda Association is "one of the largest and most active students groups on campus."

"Nazareth is absolutely an LGBT friendly community, it's wonderful," says Lambda Association President Dakota J. Ball says. "As an LGBT student you can come here and automatically feel like you can be yourself."

The Lambda Association, like the Pride Network, also hosts National Coming Out Day events and Drag shows, as well as a "Rainbow Mixer" party and Day of Silence events, in which students refuse to talk for 24 hours in order to draw attention to continued LGBTQ discrimination across the country.

RIT's Q Center also provides a safe place for LGBTQ students and a gathering place for LGBTQ students and allies alike. The Q Center, which offers a library featuring over 200 books and 100 movies, most of which are LGBTQ related, further represents the university support and communal involvement that the Rochester area's college LGBTQ groups receive. 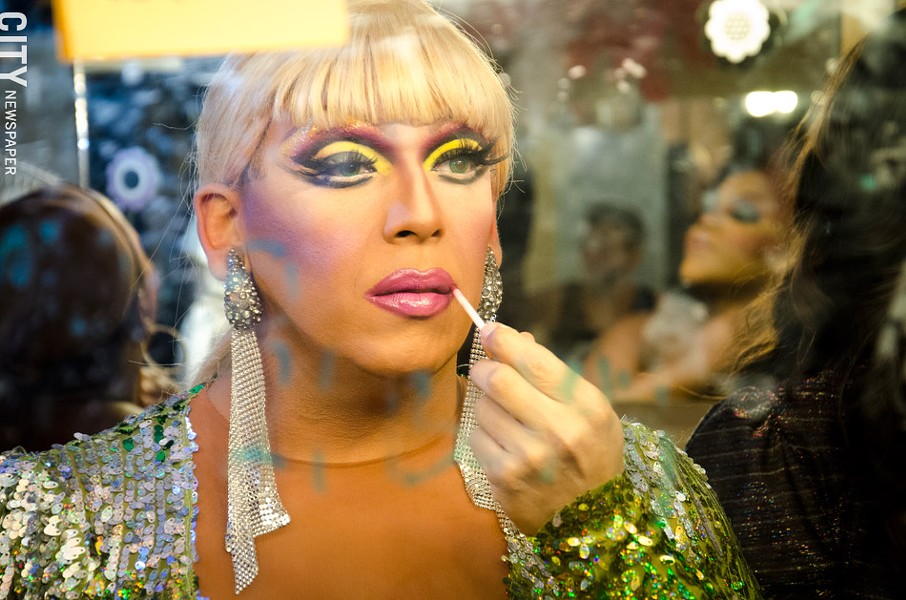 "Yeah, I'd say RIT is an LGBT friendly community," says Sam Richheimer, a student worker at the Q Center. "We've had a lot of good fortune in working with some of the higher up administrators at RIT, and in 2013 we hosted the North East LGBTQ conference, and we had a lot of great support from the administration."

Finger Lakes Community College, Monroe Community College, St. John Fisher College, SUNY Brockport, and SUNY Geneseo all host their own individual LGBTQ clubs and organizations. And the Rochester-area's campuses are far from the only areas harboring LGBTQ involvement and acceptance in and around the city.

Advocate.com's 2014 Gayest Cities in America recently ranked Rochester as the 12th most LGBT-friendly metro-area in the country, and for a good reason. Every third weekend in July, Rochester's Gay Alliance hosts its annual Rochester Pride events, including a Pride Parade, a Pride Picnic, and a Pride Festival. The events attract more than 10,000 people in total, making it the second-largest Pride celebration in New York State. In addition, Rochester is also home to ImageOut — an annual LGBT film festival that hosts screenings at theaters and campuses across the Rochester-area — Equal Grounds, an LGBT-friendly coffee house, and Tilt, a gay bar that features an incredibly popular Drag Show every Thursday.

Being a college student, especially an LGBTQ one, can undoubtedly be a stressful time. The Rochester-area's many LGBTQ-friendly offerings on and off campus should hopefully help alleviate that stress, even if it's just a little bit.

"I'm lesbian myself, and where I come from isn't exactly the greatest place for people like me," Dakota says. "I think these organizations want to help make things better for everyone, and make people say to themselves, 'Oh my god, this is so great, I have so many people I can relate to.' That way, if and when they go back home, they can deal with things a little bit better because they know they have somewhere to go now."