Dale and Ellen Montondo's home in Walworth, just northeast of Penfield, is a cute, cedar-sided number that sits amidst a gaggle of tall pines. The place would seem warm and inviting even without the unmistakable aroma of chocolate that hugs you as you cross the threshold. It's a scent that scientists claim can relieve stress and elevate your mood, and in the Montondo house it's also the scent of art converging with gastronomy, and of a dream come to life.

The Montondos' company, Tōcōti Chocolate, is the Rochester area's lone micro-batch, bean-to-bar chocolate maker, and one of what Ellen estimates to be only about 50 in the United States. But before you start envisioning Oompa Loompas and big glass elevators, maybe dial it back a bit.

"The world's smallest chocolate manufacturer" is how Ellen laughingly describes Tōcōti, based in the Montondos' home and occupying a couple of surprisingly compact rooms that have been tricked out with equipment that takes the humble cacao bean and transforms it into the luscious sensory experience so many people crave. 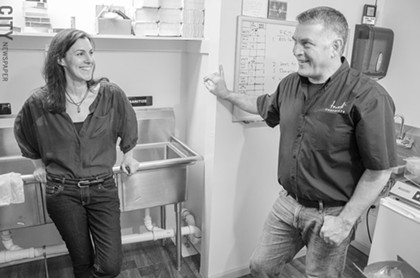 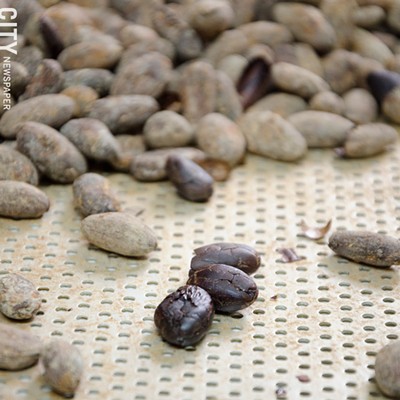 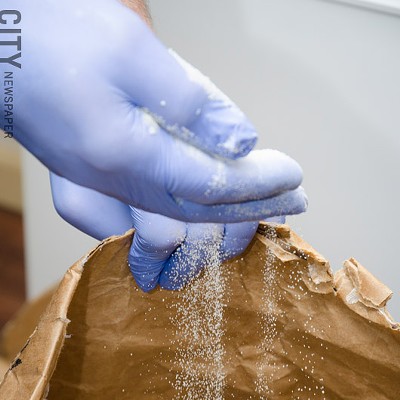 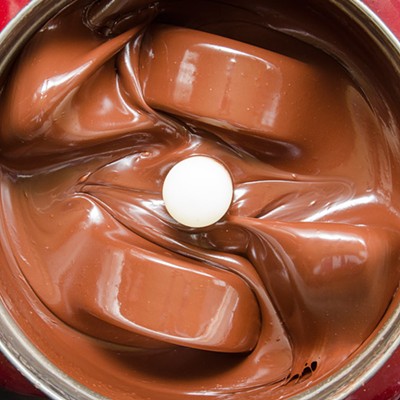 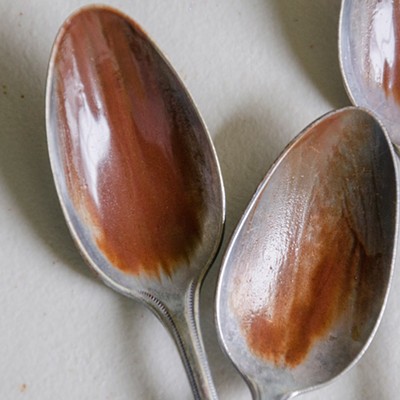 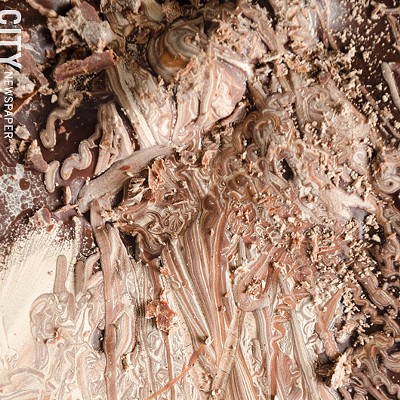 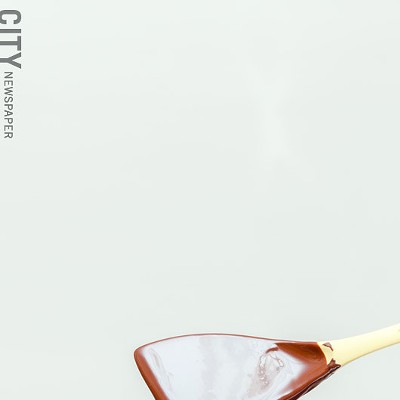 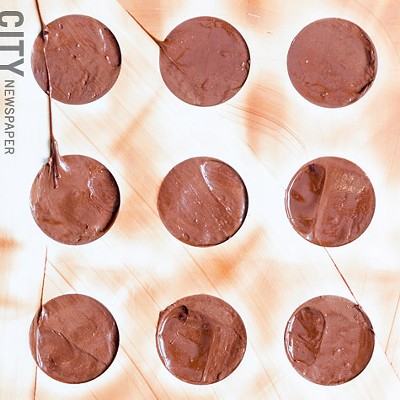 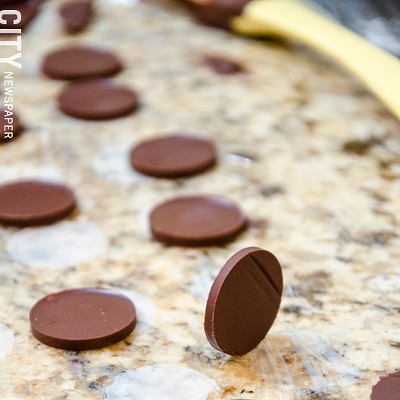 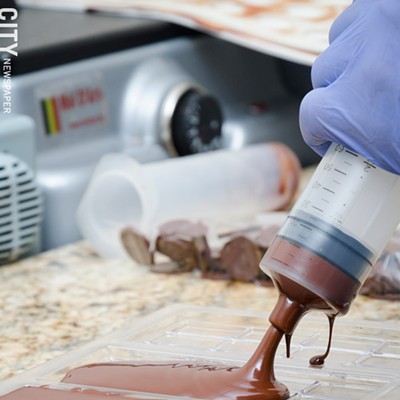 The seed for Tōcōti began germinating back in 2008. Ellen had developed a taste for high-quality chocolate during her trips to Europe working for a biotech company, but once the travel portion of her job ceased, she was without a source of good chocolate. "'Maybe we should make our own,'" Ellen recalls saying to her husband. "'How hard could it be?'" So Dale ordered five pounds of cacao beans; fast-forward past one burned-out blender, Ellen had her artisanal chocolate fix, and Dale was hooked, too.

Cacao trees, which bear around 30 usable pods a year, only grow within 20 degrees to the north and south of the Equator. Once harvested, the football-shaped pods are split open so that the cacao beans found within the pods' sugary pulp can sit in the sun and begin the fermentation process that results in that peerless chocolate taste. Between 20 and 45 beans are typically found in a pod, and it takes about 500 beans to make a pound of chocolate.

The beans that eventually become chocolate under the Tōcōti banner are sourced through direct trade between a cooperative of chocolate makers and growers in Latin American countries like Peru, Belize, Venezuela, and Bolivia, the Dominican Republic in the Caribbean, as well as points further east, like Madagascar and Ivory Coast. Each region imparts a distinct flavor profile to its particular bean (in the wine world it's known as "terroir"), which Tōcōti showcases through its single-origin bars to better appreciate the nuances and complexities of the different beans.

To make chocolate, Dale roasts the cacao beans in a convection oven and then transfers them to a winnower, where the papery shells fall away from the beans, exposing the nibs. Grinding is the next step, which reduces the cacao nibs to the thick paste known as chocolate liquor. (Spoiler alert: there's no actual alcohol in it.) The paste gets combined with organic evaporated cane juice and cocoa butter and then conched, a process that agitates the chocolate liquor until Dale determines that he's achieved what he's looking for in terms of flavor and texture. At this point the chocolate undergoes tempering, which heats the chocolate to a specific temperature that will ensure a pleasing gloss and snap to the finished product.

There's actually not too much available in terms of equipment for micro-batch chocolate makers, who typically don't have the space or financial resources of a mega-batch behemoth like Nestlé or Hershey's. So Dale, who spent many years as a technician in the semiconductor industry but wanted his own business, put his mechanical skills to work. He tweaked existing designs of machinery to suit Tōcōti's purposes, and five pieces of Tōcōti's equipment he built outright. "If I need something, I just make it," Dale says.

After a couple of years spent honing the craft of chocolate making, Dale and Ellen officially began their company in the fall of 2010, settling on the name Tōcōti — pronounced "TOE-koe-tee"; the name comes from three Aztec drum syllables — in the opening months of 2011. An online store and word of mouth allowed Tōcōti to start out slowly, creating wedding favors and offering its wares at a few select retail outlets. Tōcōti made its high-profile debut September 2012 at Foodlink's Festival of Food, eliciting a public response that Ellen remembers as "overwhelming."

Tōcōti's chocolate is processed as minimally as possible, shunning the use of additives and incorporating organic and locally sourced ingredients, like the Joe Bean coffee in Tōcōti's Espresso-Love bar, whenever feasible. It's the relatively subtle Venezuelan chocolate that Dale uses for Tōcōti's truffles, which allows the flavors of fillings like Valencia peanut butter and fresh mint to be the stars.

Currently Tōcōti's products — the 1.7-ounce bars are $6.50 apiece through tocoti.com — are available at places like the Casa Larga Vineyards gift shop in Fairport, the Cocoa Bean Shoppe in Pittsford, and Village Bakery & Café, also in Pittsford. The Montondos also sell Tōcōti at a few local farmers' markets, including Brighton; check Tōcōti's Facebook page for the full schedule.

Unlike major manufacturers, which are required to traffic in uniformity, artisans working on a smaller scale are able to embrace the quirks attendant to handmade goods. "Each batch is unique because we can't do it the same way twice," says Ellen, who works the business side of Tōcōti and spearheads its lovely design — each bar is wrapped in Thai marbled momi paper from Rochester Art Supply — but also revels in educating Tōcōti's customers about chocolate, often with some much-appreciated samples. And as the buzz about Tōcōti grows, the focus for Dale and Ellen is maintaining the integrity and quality of their brand. "That's the point of it," Ellen says. "We're trying to make something that's a real experience.

By the way, if you've always suspected that spending your days surrounded by chocolate would be completely awesome, well, you're right. "I'm excited to wake up in the morning and make chocolate," Dale says. "It's a real reward."