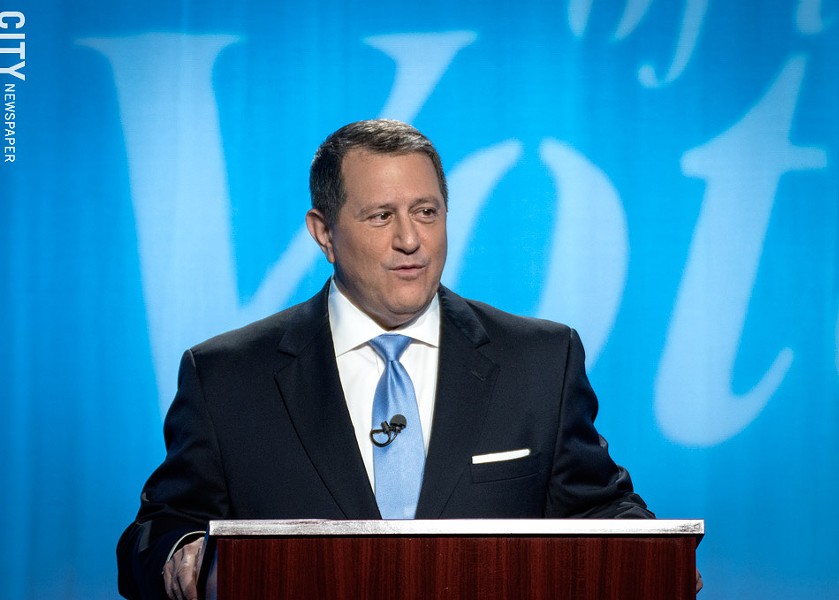 FILE PHOTO US Representative Joe Morelle
If the Office of Congressional Ethics follows up on the request of a Monroe County legislator to launch an investigation into Rep. Joe Morelle, history suggests the probe will be penetrating, and depending on its findings, potentially politically damaging to him.

The office, an independent body created in 2008 in the aftermath of corruption scandals that sent three members of Congress to prison, has faced intense criticism over the years from many of the lawmakers it has investigated for its aggressive and probing inquiries.

Whether the office will investigate Morelle is far from certain, however. The office's own internal data show that investigations are opened into only a fraction of the complaints it receives.

Since its inception, the office has launched 212 investigations and referred 86 of those to the House Ethics Committee for review and potential discipline, according to the office’s quarterly reports, which are available on the office’s website.

The office's reports do not indicate what proportion of the communications are complaints, but  Bryson Morgan, who worked as an investigative lawyer at the Office of Congressional Ethics (OCE) from 2013 until 2015, said the "vast majority" of them are complaints, or at least purport to be complaints.

"As you can imagine, many of these 'complaints' are spam-like messages emailed to the OCE making outlandish accusations against the Congress, other federal departments, or members of Congress," Morgan wrote in an email exchange.

Monroe County Legislator Sabrina LaMar lodged a complaint with the office on Monday, alleging that Morelle pressured her employer, the Rochester Institute of Technology, to fire her by threatening to withhold federal funding from the school after she appeared on a Facebook talk show in the spring hosted by the campaign of his Democratic primary challenger, Robin Wilt.

In her complaint, LaMar alleged that Morelle violated Section 14-1 of the Congressional Code of Conduct, which forbids influencing employment decisions of private institutions by threatening to withhold an official act. 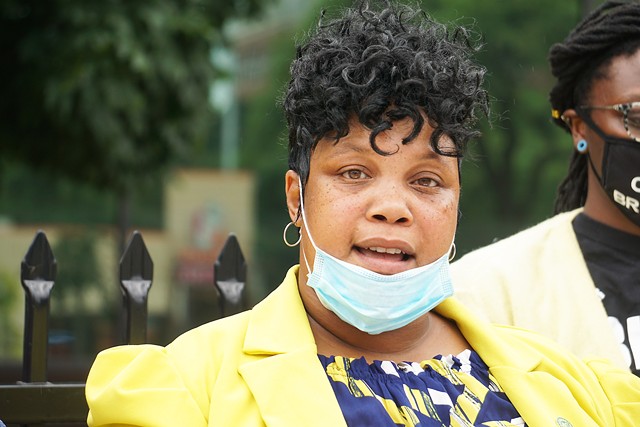 Within hours of LaMar going public with her accusation and it being met with denials, Rochester Mayor Lovely Warren waded into the matter with an emotional news conference in which she choked back tears in defense of LaMar. Warren said that Morelle personally told her that he had made the call to RIT to press for LaMar’s firing.

The Morelle for Congress campaign confirmed Monday that a representative contacted RIT on April 29 to complain about LaMar, but denied that there was any attempt to have LaMar’s employment terminated or a threat to pull funding.

On Tuesday, Morelle issued a statement saying that he inquired about LaMar and released images of text exchanges he purportedly had with Deborah Stendardi, the director of RIT's government and community relations.

At issue was whether LaMar violated RIT's policy on political and legislative activities by employees, which states that workers a generally free to participate in political activities as long as they re not doing so as representatives of the school.

The images of the text messages suggest that RIT officials found LaMar's involvement in the talk show to be improper, but that she was given permission to do so by her department head. Stendardi purportedly wrote that the department head was apologetic but that school officials feared that asking LaMar to remove any social media references to her involvement on the the talk show would "escalate" the situation.

"Sounds like a good resolution," Morelle purportedly replied. "Thanks for everything!"

"As the campaign stated yesterday," his statement read, "this clearly demonstrates that at no point was there any attempt to threaten Ms. LaMar’s employment nor discuss funding for the institution."

A DETERRENT FOR QUESTIONABLE BEHAVIOR

In Congress, Senate and House representatives have separate ethics rules and enforcement mechanisms. In the House, the Committee on Ethics and the OCE share responsibility regarding alleged ethical violations by House members.

The OCE cannot discipline members of Congress, but it conducts initial reviews of allegations of misconduct and, when warranted, refers matters and recommends discipline to the Committee on Ethics, which has the exclusive jurisdiction to find violations and impose punishment.

The Ethics Committee can initiate its own investigations without referral from the office, but the office was established because the committee was plagued by the public perception that House members could not adequately police themselves.

The OCE, which is overseen by a six-member board appointed equally by the House speaker and minority leader, has its own staff of investigators who spend weeks conducting confidential interviews and collecting documents based on complaints or media reports before issuing findings that detail any possible violation of federal rules or laws.

The board then votes on whether to refer the matter to the House Ethics Committee, which conducts its own review. But even if the committee dismisses a referral as unfounded, it is required by law to release the OCE’s report detailing the alleged wrongdoing.

The process is intended to act as a deterrent for questionable behavior by lawmakers.

There are two stages to an OCE investigation: A preliminary review and a second-phase review. Both must be authorized by the board.

For a preliminary review to commence, at least two board members appointed by each of the appointing authorities must declare in writing that there is a “reasonable basis” to believe a violation may have occurred. From there, the preliminary review is limited to 30 days.

A second-phase review begins only after investigators present evidence they gathered during the preliminary review to the board and three board members find there is “probable cause” to believe a violation may have occurred.

When that happens, investigators then gather more evidence over a period of 45 days that may be extended by an additional 14 days to come up with a “substantial reason to believe” that a violation took place.

If four board members agree that there is a substantial reason to believe misconduct occurred, they author a report and either refer the matter to the House Committee on Ethics or another government authority for action the board deems appropriate.

The OCE provides notice to the subject of an investigation at each stage of the process. In other words, if the OCE initiates a preliminary review, a second-phase review, or refers its findings to the House, Morelle will know about it.

The board meets monthly to consider complaints and ongoing investigative matters, and Morgan, the former OCE investigative lawyer, said that would be when the board might decide to open a preliminary review of Morelle.

Morgan explained, though, that House rules prohibit the OCE from referring a matter to the Ethics Committee for further review within 60 days of the member of Congress in question being up for election. Morelle is up for election this November. Internally, Morgan said, the OCE refers to that span of time as as the "election-year blackout period."

"We are bumping up against that blackout period now, and I highly doubt the OCE would open up a preliminary review at this point unless they were confident the investigation could be completed very quickly," Morgan said.

"A much more likely scenario would be for the OCE board to hold this complaint for consideration after the election and the convening of the new Congress in January," he added.

Not all cases OCE refers to the House Committee on Ethics end up being substantiated.

This month, for instance, the committee cleared Representative Lori Trahan of allegations that the Massachusetts Democrat had accepted excessive campaign contributions and reported them as personal loans.

But OCE findings of misconduct have a tendency to dog representatives regardless of whether they are exonerated.

Long before he was convicted of spending $750,000 from his campaign on personal items and sentenced to four years in prison, Jesse Jackson Jr.’s reputation had been tarnished by an OCE investigation that concluded there was probable cause to believe Jackson broke House rules in angling for the Senate seat that Barack Obama vacated after the 2008 election, although he was never charged.

Among the most prominent cases brought by the OCE was an investigation into disgraced former Representative Chris Collins, a Republican from western New York who resigned last year amid pleading guilty to insider trading and is now serving a 26-month prison term.

When the OCE published its report on Collins and referred the matter to the House Committee on Ethics, two years before Collins would enter his guilty plea, Collins described the inquiry as a “witch hunt” driven by the now late former Representative Louise Slaughter.

Morelle was elected to Slaughter’s seat following her death. He is running for re-election this year and faces Republican political newcomer George Mitris.