PHOTO BY MAX SCHULTE "I voted stickers" on Susan B. Anthony's grave in Mount Hope Cemetery on Election Day 2020.
Voter turnout in Monroe County was just shy of 74 percent as of 8 p.m., according to the county Board of Elections, a figure that would put the county on pace to eclipse the highest general election turnout in many years but fall short of the record.

Some 159,160 people had cast a ballot in person at polling sites around the county, while the number of early voters stood at 105,732. The number of absentee ballots that had been mailed in as of Monday was 95,572.

There are 481,448 registered voters in Monroe County, with Democrats making up 203,583 of them. Enrolled Republicans stand at 128,027. The rest of the registered voting population are split between various other parties and independent voters.

In the 2016 general election, 76 percent of registered voters cast a ballot — a turnout that was the highest in years.

The all-time high turnout, however, was in 1992, when 89 percent of voters cast a ballot.

The large number of mailed-in absentee ballots may make it difficult to call elections after the polls close on Election Day. Those ballots will not be counted until Nov. 16, as per state law.

Typically, election boards do not certify their results for weeks after an election. But political observers and news agencies, like the Associated Press, project the winners when it has become apparent that there is no pathway to victory for the trailing candidate.

The number of outstanding mail-in ballots in particular races today could put a hold on some projections. 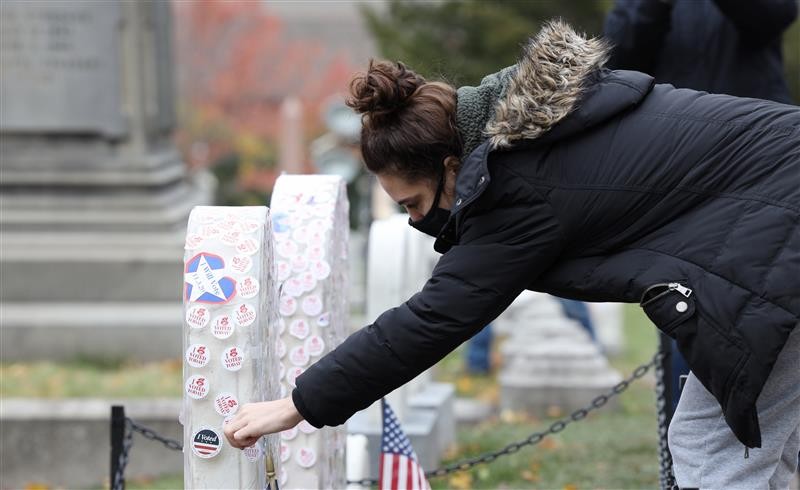 Voters continued to annual tradition of placing their "I Voted" stickers on the grave of Susan B. Anthony at Mount Hope Cemetery. A city spokesperson estimated that 1,000 people visited the cemetery to pay tribute to the late suffragette.

Check back for more details on local races as the polls close.