You can’t make everyone happy.

And when it comes to Pokemon games — especially the most recent Nintendo 3DS’s iterations “Pokemon X” and “Pokemon Y” — it rings very true indeed. Even the game (I played Y for this review) seems to realize this in its moments of meta awareness. Instead of starting out your quest with one sole rival, you start out with a group of trainers. Each one represents the different people who play Pokemon games, including a collector, a battler, and a random guy who just wants to goof off and have dance parties.

The problem is that you can tell which segments of the fandom, and which parts of the game, developer GameFreak decided to focus its resources on, and which were seemingly abandoned. And, sadly, how much you enjoy Pokemon X/Y is going to depend on just which type of Pokemon trainer you are.

The most apparent change to the series is graphical: the switch from sprite-based models for the cuddly little creatures, which are now replaced with quite beautifully rendered 3D models. Setting aside the fact that other monster-capture series have had similar styles for years, this was a much needed, and well welcomed, breath of air to the franchise. The games finally look – and feel – like a series that was actually created in the year it was released.

And it’s quite a radical change. Pokemon move and blink and open their mouths and are as close to the (well, in my mind) real Pokemon fans were shown on the TV show back when it all began. It’s a much-needed and refreshing graphical update that does give new life to the series. No debate there.

But it isn't enough, and even that effort is undermined. The game only displays in stereoscopic 3D during battles (and not even in all of them), and a few certain locations, which is just an odd decision (I’ve never seen another 3DS game do this). The battle backgrounds are mostly recycled and plain and boring, and most of the trainers you fight are given sprite-based models instead of actual designed 3D character models. The frame rate also suffers with the 3D on, which may be why the game limits when you can use it. But Pokemon isn’t the most graphically intensive game we’ve seen on the system, and performance for one of Nintendo’s main teams on now almost 3-year-old hardware just shouldn’t be an issue.

My main problem is that it seems GameFreak spent so much time with the visual system it forgot (or ran out of time?) to build a good underlying game. The framework is there — the building blocks, the structure and architecture — for an amazing Pokemon game. But the whole picture just feels incomplete, and left me wanting much more from my time in the (heavily based on France) Kalos region.

One of my favorite parts of new Pokemon games is discovering and finding new monsters. Especially given the much-hyped simultaneous worldwide launch of Pokemon X/Y, this is the first time as an American Pokemon fan I’ve been able to play a game and not know what is going to pop out of the next random encounter. Pokemon X/Y does contain some great new Pokemon: Klefki is awesome, and so is Aegislash, and Hawlucha, combating the idea that design is getting worse. Far from it folks. But, the game just contains too few new Pokemon, and with only 69 actually has the smallest new amount of Pokemon in a generation we’ve ever seen.

Mixing in old generations’ Pokemon from the start (an unfortunate reversal from Pokemon Black/White) only highlights just how few new Pokemon you are going to find this time around. The sense of discovery just isn’t there. The game actually seems to rely more on the discovery of seeing old Pokemon as 3D models than it does on the thrill of discovering new Pokemon. That will probably work to bring older players back into the fold, but it isn’t the same as discovering a whole region of new creatures. In that vein, Pokemon X/Y feels somewhat like a “Best Of” Pokemon game, uniting all the generations and pushing them to a modern age. 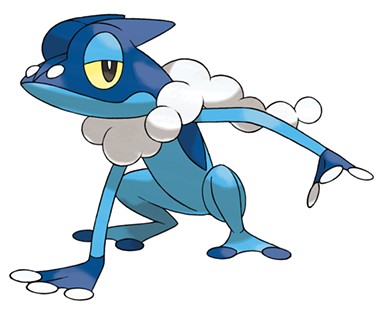 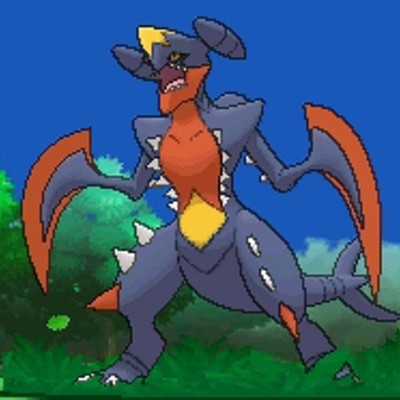 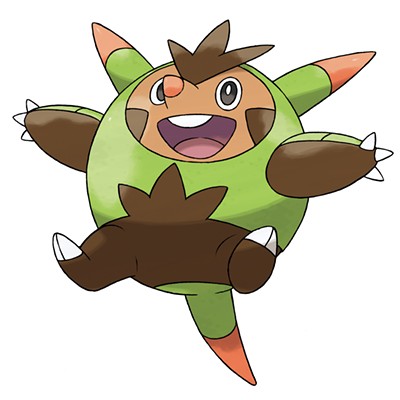 The main story of the game is also pretty…well, foofy. Pokemon stories are not renowned for complexity, but that doesn’t mean they should get a pass when they fall flat. Team Flare is one note and a stark departure from the interesting Team Plasma and N story arc from last gen, and progressing through the story is perhaps the easiest it has ever been. I believe there was one trainer in the entire game that actually had a full team of six Pokemon, and the new changes to the EXP Share mean your team will be pretty high leveled for most of the 20 to 30-hour adventure (even shorter if you don’t stop to train or catch Pokemon along the way). The caves and routes also don’t provide much terms of exploration, instead becoming pretty simple one-way paths to your next destination.

There are a lot of other major changes to the formula here, the most notable being the introduction of a new Pokemon type: Fairy. The first new type introduced since the Gold/Silver days, it does actually provide quite the shake-up to battles. The Dragon type can now be taken down by cute little Fairy types, and the type was also retroactively applied to older ‘mons, giving Jigglypuff the ability to destroying a Dragonite quite easily.

The other big formula shake up is Mega Evolutions. I was a little mixed on the idea at first, but it is an interesting way to go back and revisit older generations’ Pokemon and give them new life. It seems almost like that was part of the point: how can we bring in old players that may have gotten disenfranchised with the series? Mega Charizard. A really awesome-looking Mega Alakazam. It also allowed GameFreak to expand the number of new Pokemon without introducing new Pokemon. It’s a unique twist in battles as well, but something I hope is expanded upon in future games. Let’s see a lot more Mega Evolutions, and why not make them permanent while we are at it? Is there a reason why can’t we just have fourth-tier evolutions?

The online features of the game are also plentiful, but awfully confusing and the game does little in the way of actually trying to explain them to you. O-Powers are neat little buffs you can give yourself or to random players you find online, and a constant ticker at the bottom tracks other people playing worldwide. But good luck getting a constant connection with someone long enough to actually initiate a trade or battle. Wonder Trade is a great new feature that allows you to trade randomly with players across the globe, and GameFreak has managed to move closer to a truly connected (almost, dare I say it, always online-MMO like feel) to the series by having that online interaction constantly updating on the bottom screen. Pokemon-Ami is another optional use for the bottom screen, but ones that I didn’t spend much time with. The feature did surprise me – it has quite the cute Tamagotchi feel – but isn’t enough by itself to add much replay value or significance to the whole experience.

The one Pokemon fan group that is probably going to be most excited by the game is the hardcore. The professional Pokemon breeders and competitive battlers, the people who are into IV and EV training (I wouldn’t be the best person to ask to explain them). The new Super Training feature makes building a competitive and intense Pokemon team all the easier through little minigames that you can use to increase stats, allowing you to EV train and bring out the most from your battling monsters. For people who are into that kind of thing, it’s a great new addition.

But I’ve never really been all that into that aspect of the game. I like collecting. I like discovery. I like surprises. I like challenging Elite Four fights and strategy. Each time a new game comes out I tell myself that I’m going to actually catch every Pokemon this time (a feat I haven’t managed since the originals), and then every time I eventually burn out and don’t do it. For players like me, Pokemon X and Y actually bring the least to the table. There’s very little to do after the main eight gym/Elite Four adventure, and the mixing in of Pokemon from every gen makes this adventure feel less than remarkable, and slightly forgettable. 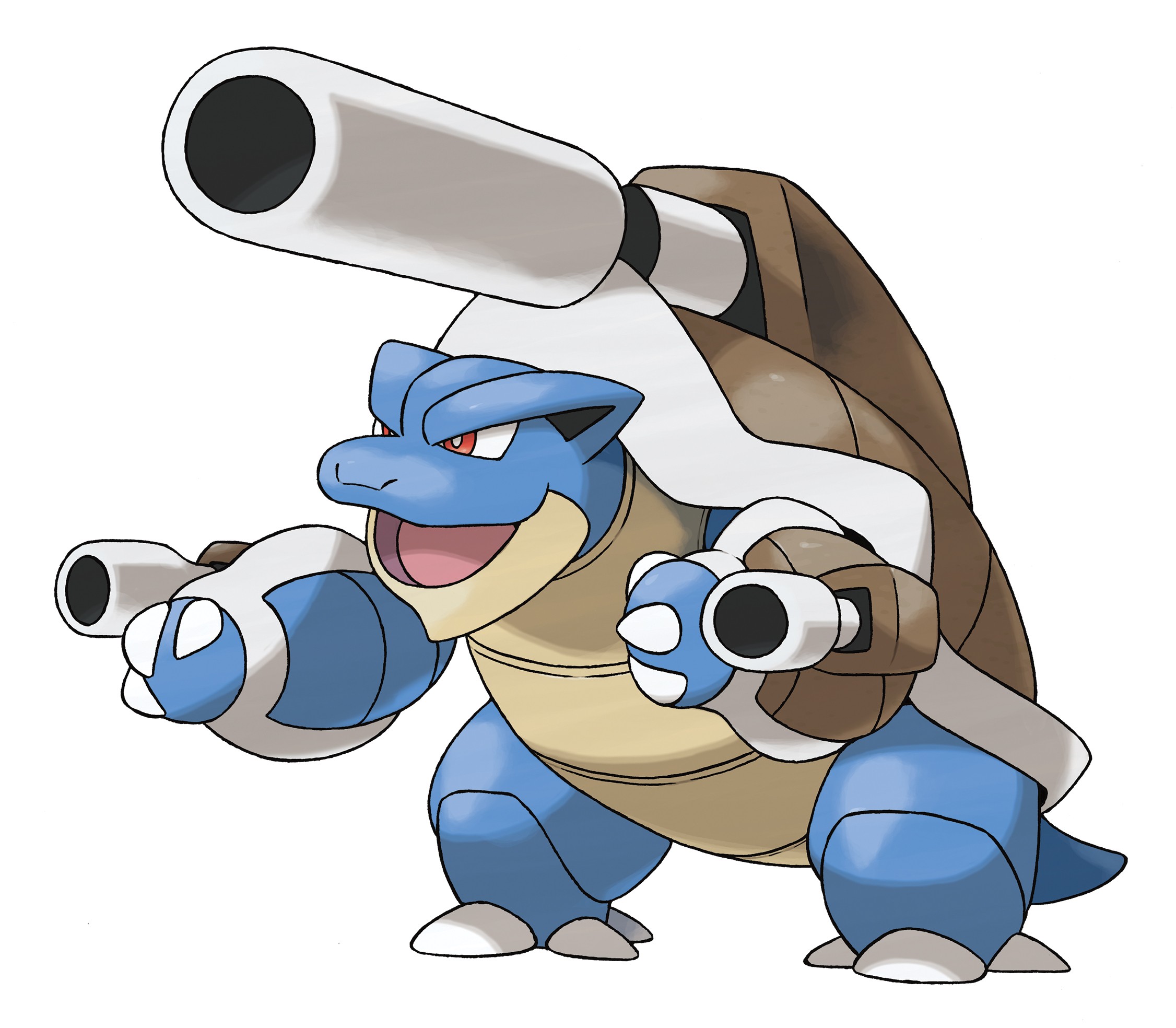 Looking ahead, Pokemon X/Y will probably be fondly remembered for many things. Bringing Pokemon into a modern era with a shiny new look and feel. Introducing the Fairy Type. A world-wide launch. Some of the most robust online offerings yet. All of these are good, important pieces to the Pokemon infrastructure that should be carried through to the next titles in the series.

But when compared to Black/White (and even the recent remakes HeartGold and SoulSilver) X/Y falls short. It’s a technical stepping stone that advances the series, but feels like a building with a solid foundation but nothing resting on it. GameFreak decided to focus its energy on certain experiences, and the other aspects of the game suffer as a result. This time around, they just weren’t able to make everybody happy. C'est une honte.