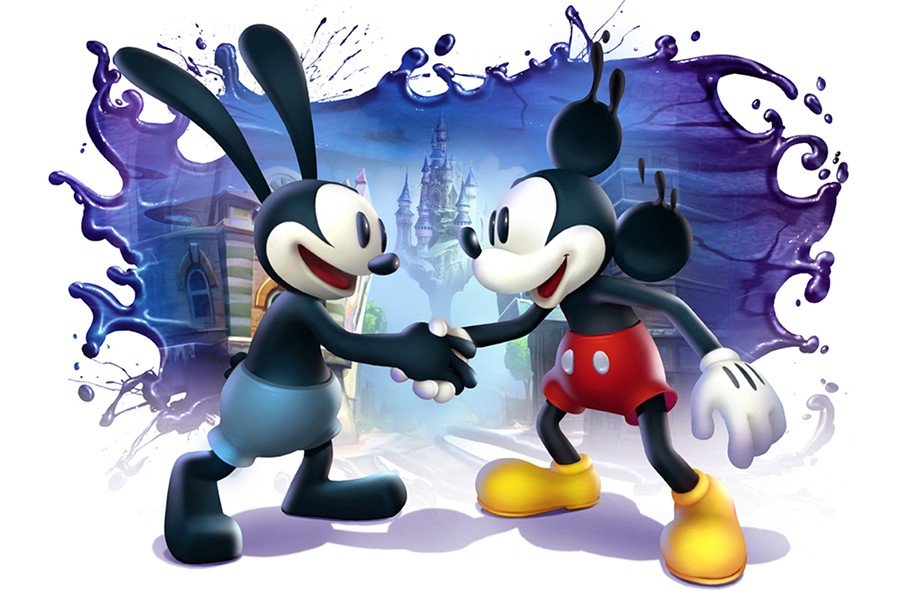 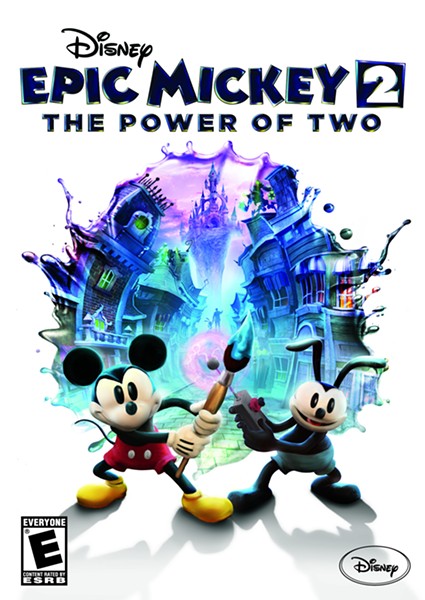 Whoever first said two is better than one wasn’t talking about “Epic Mickey 2: The Power of Two.”

I’m a big fan of the first “Epic Mickey.” Big fan. The first game was unique and powerful, and captured the imagination of modern video-game-based storytelling and the pantheon that is Disney’s animation history into a very fun, although not perfect, package. The game is still a personal favorite of mine, calling to mind an era of world exploring collect-a-thon platformers (like the “Banjo-Kazooie” games) that just doesn’t exist anymore.

This time around, we join our beloved Mickey Mouse, along with Oswald the Lucky Rabbit, his long lost ‘brother,’ who must join forces to try to save the land of forgotten toons, Wasteland, from some sort of evil. But boy, was I let down. “Epic Mickey 2: The Power of Two” not only failed to fix the problems with the first game; it took the formula and made it worse, mixing in needless elements and removing a lot of what made the first game enjoyable. The result is a frustrating game that, it kills me to say this, gamers are better off skipping.

The biggest failure is the game’s devotion to both Oswald and making the game co-op. I understand where creator Warren Spector is coming from, and I really want to love Oswald as much as he does. But this game makes me hate him more than anything else. The attempt to make a fully co-op resulted in a game that is needlessly reliant on useless co-op. Having to hit two switches at the same time or pull two levers at the same time is a repeated mechanic and nothing even remotely necessary. Since Oswald (who uses a remote control) had the newer play mechanic, I felt like I needed to use his electricity more than Mickey’s paint/thinner and trying to get the damn rabbit to do anything is a matter of trial and error at best.

I cannot explain just how frustrating and infuriating Oswald’s Artificial Intelligence is, and it makes me wonder why for single player the developers didn’t just let you switch between the characters, something more akin to the Lego games of late, as the attempt to make a cohesive co-op game resulted in a near unplayable single player one. The choice and consequence (do you paint something in or erase it with thinner?) dynamic is barely used, and is devoted to really silly, menial things that never seem to carry any weight. Or you’ll end up trying to complete a mission down one path only to have Oswald mess it up for you and you be forced to complete it a different one regardless. (Oswald! Get it together!).

For a sequel, the game also brings a lot less to the table. Many of the worlds you visit are recycled from the first game (with some removed, giving even less new content here), and the new ones all seem to stem from the same idea: Let’s throw as much random Mickey shit as we can into a world design even if it doesn’t make any sense. It worked for Mickeyjunk Mountain in the first game, but almost all of the new levels are void of any real character or charm, and are just hodgepodges of Mickey Mouse memorabilia jutted into the terrain. Many of the characters (or the very, very few enemies you'll face) are also repeats, and that freshness of discovering forgotten Disney elements isn’t as magical when you are rediscovering them from just a few years ago. (And how many different iterations of Pete do we need?)

The adventure - almost thankfully, as it was hard to push through - is quite short (again, shorter than the first, and that’s saying something), coming in at just over 8 hours. There’s a lot of side quests, including collecting some cool retro costumes, but with a game this frustratingly bad already, chances are you aren’t going to want to dive back into this world any more than you have to.

I played through the game on the Wii U, and there are some console-specific issue that also hampered the experience. The frame rate is simply awful, the game forces you to use the Wii U GamePad when a perfectly good Wii remote pointer control scheme is already implemented but reserved for a second player, the game doesn’t support GamePad-only play (even for multiplayer, and with the second screen available split-screen is just a crime), making me wonder why I ever bought the Wii U version instead of just getting the Wii one.

Granted, there are a few things that the game does right. The musical elements? Glad to see them there. The 2D side scrolling levels from the first game return, but can’t seem to decide if they are retro levels or new colored worlds, but either way the actual platforming aspects are neither accurate or enjoyable. Full voice acting for the character is a welcomed and needed addition, even if the story doesn’t really need them, being nonsensical and entirely obvious. But the magic moments that made the first game stand out are few and far between, and not worth everything else you have to go to get there.

Perhaps I had too high of hopes. Perhaps I wanted the game to actually deliver on what it has been promising to do for two entries now. I’m not sure what the problem was: too short of a development cycle, moving the game multiplatform. But “Epic Mickey 2: The Power of Two” falls so abysmally short of what it could –and should – have been that I can hardly recommend it at all. In fact, you are better off finding and playing the first game and not letting the second tarnish the memory. Hopefully the third time will be the charm for this now-struggling series.

“Epic Mickey 2: The Power of Two” is available on the Xbox 360, PlayStation 3, PC, Wii, and Wii U. The Wii U version was played for this review. Willie Clark still has his statue of Mickey holding the pain brush on his desk, and it really makes him sad. Mickey deserved much, much more. If you agree, or disagree, let him know on Twitter or Facebook.