Outshining the tree it fell from

Sometimes the title says it all. "Animal Crossing: New Leaf," for the Nintendo 3DS, is the latest entry in Nintendo’s "Animal Crossing" series, and has improved upon nearly every aspect of its predecessors, creating not only a near-perfect gaming experience, but also soaring over the bar of what I expected the game to be.

To the unfamiliar, "Animal Crossing" is a hard series to explain. It has more in common with titles like "Harvest Moon," “The Sims,” and to some extent, fad-social games like "Farmville" than it does with other mainstream video games. No guns or guts or gore-filled glory here. It's a simulation game that takes place in real time ─ seasons change, stores open and close, trees and flowers and weeds grow ─ all as you build a life for yourself in a town of cute little animals, raising money, building and decking out a house, collecting furniture, paying bills, and otherwise customizing your in-game character. There are no levels, no bosses, and no final obstacles to overcome.

Like life, with "Animal Crossing," you live it little by little every day. It may not sound enthralling, but what results is a charming game that oft brought a smile to my face, somehow providing an escape from the doldrums of life, even though it relies on some of life's most menial and tedious tasks. The feeling of surprise and discovery is more ample here than any of the other titles, probably since the first one, even if the game does lack some of the addictive staying power of its less-robust prequels.

The even better news is that "Animal Crossing: New Leaf," finally shakes up a series that was starting to get stale after three entries, reimagining not only the entry point for the game, but adding in myriad new features. No longer are you Tom Nook's indentured servant (in fact, Tom Nook is no longer running the town store): You start the game as mayor of the new town. The political role is not only a fresh way to kick off the game, but it also comes with plenty of perks. As mayor, the player is able to control the hours that stores are open, fundraise for new town features (everything from lighthouses to bridges to park benches, to bringing back series staple Mr. Resetti), and make the town more of an extension of the player than ever before. Along with the largest house yet in the series, players can also customize the outside appearance (including mailboxes, fences, and some really sweet castle themes).

Being mayor isn't the only new change in "New Leaf." Along with fishing and bug catching, swimming has been added, letting players dive and collect a whole new grouping of sea creatures. A new sneaker store is around (shoe shopping!) allowing you to customize even the socks and shoes your character is wearing. Recycling and being all nature-friendly has also caught on, and a new Re-Tail second-hand store also shows up.

One of the largest additions is a tropical island that players can visit, run by Tortimer, the former town mayor now enjoying retirement. The island is always in summer season, and allows a break from the weather in your town that would otherwise match the real world's seasons. The problem with the island is it hinges on unfair: I've already collected half of the bugs and fish in the game with summer being always available, and it also makes finding rare fish and bugs, and raking up a lot of bells (the currency of choice) quite easy. Given how many bells you'll need for your house and your public works projects, it does make sense. Perhaps I shouldn't complain when something (this being capturing all the fish and bugs) I've never been able to accomplish in past games is made a bit easier, but it still makes those giant island hauls feel a little dirty. 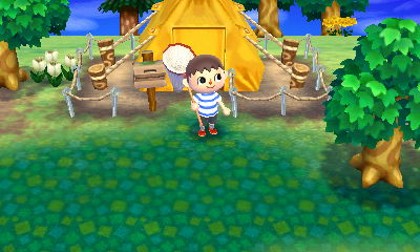 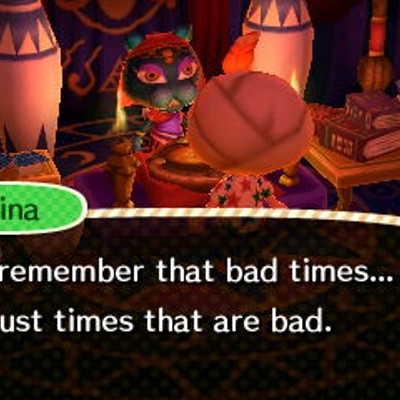 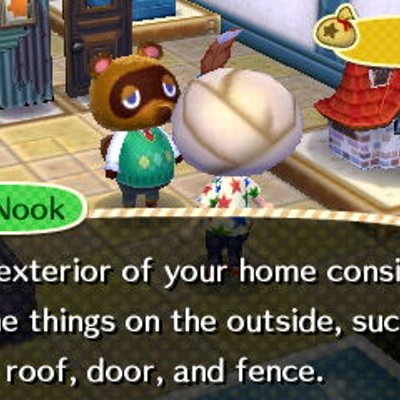 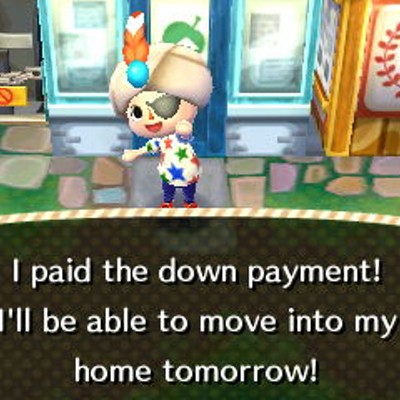 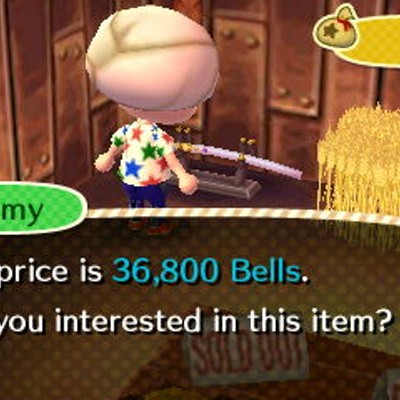 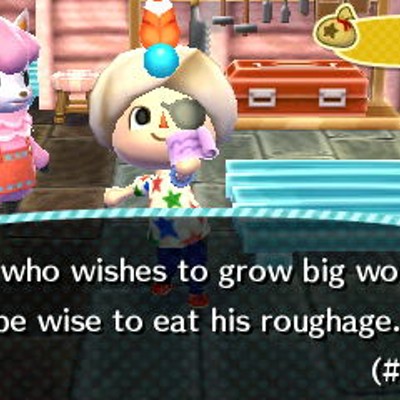 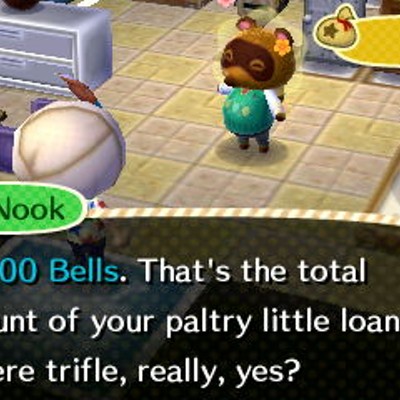 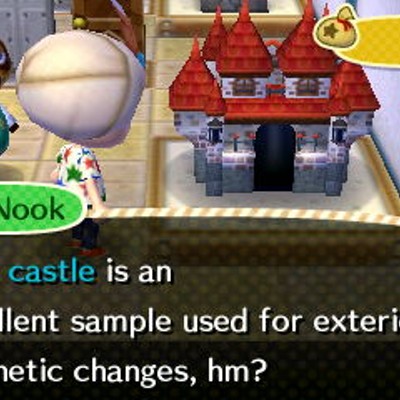 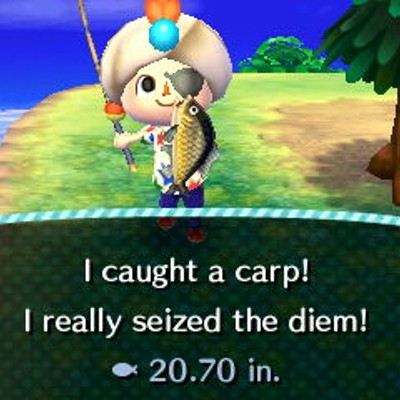 Player connectivity is a huge part of the "AC" experience, and "New Leaf" is no different. Although the game lacks voice chat (one of the only negative aspects of the whole game), "New Leaf" allows players to play with friends both locally and online in a variety of modes. The Island has quite a collection of minigames that you can play with friends or online with random match making (once you unlock that feature), the new Dream Suite allows you to randomly romp through strangers' towns (but you can't do any damage or take anything with you), and the Best Friends feature even turns the game into an ever-connected experience: Players you add to your Best Friends chat list are notified when you come online and you can live chat with them all within the comfort of your own town. Nifty.

"New Leaf" also takes the "check in every day" concept and really stretches out how long you have to play, even to get some former series staples, like K.K. Slider (who returns as a DJ as well with his previous acoustic sets, who I didn't manage to open up until 20 days in, or other stores that I still haven’t unlocked yet). The game starts off slow by limiting what you can get done in a day, but if you give it time, it will slowly ramp up and reward the dedication.

Even with all the new additions, this is still "Animal Crossing" at its heart, and Nintendo didn't reinvent the entire wheel. If you've played past "Animal Crossing" games before some level of deja vu will creep in, and you will fall into patterns of play that much like real life, can get somewhat routine. For some reason I didn't feel like "New Leaf" completely absorbed my soul like past games did. (Even if I have started waking up extra early to squeeze in time before work.) That was also before I realized I had already put more than 40 hours into the game (half as long as I played “City Folk,” in about 1/6th of the time), and I fully expect that even though I don't feel as rabidly addicted to the game as past ones I'll still be carrying the game with me for some time, gathering that holiday furniture, collecting those bugs, and checking in every day. Those fruits won't pick themselves! Some games may be winding down after 40 hours, but “New Leaf” is just getting started.

Also, given that this is a 3DS game, it's worth noting that "New Leaf" is one game that I highly recommend you always play with the 3D on. It's not necessary, but it does such a good job of making the globe and rounded world view really pop, to the point where going back and playing it in 2D looks so drab, flat, and static.

"Animal Crossing: New Leaf" is a near-perfect game, and if you've enjoyed other titles in the series, or even if you have gotten disenfranchised with them, players will come back to the most robust and realized version of the game yet. And people who haven't gotten hooked yet (which you will), paying bills is more fun in video game form, trust me.