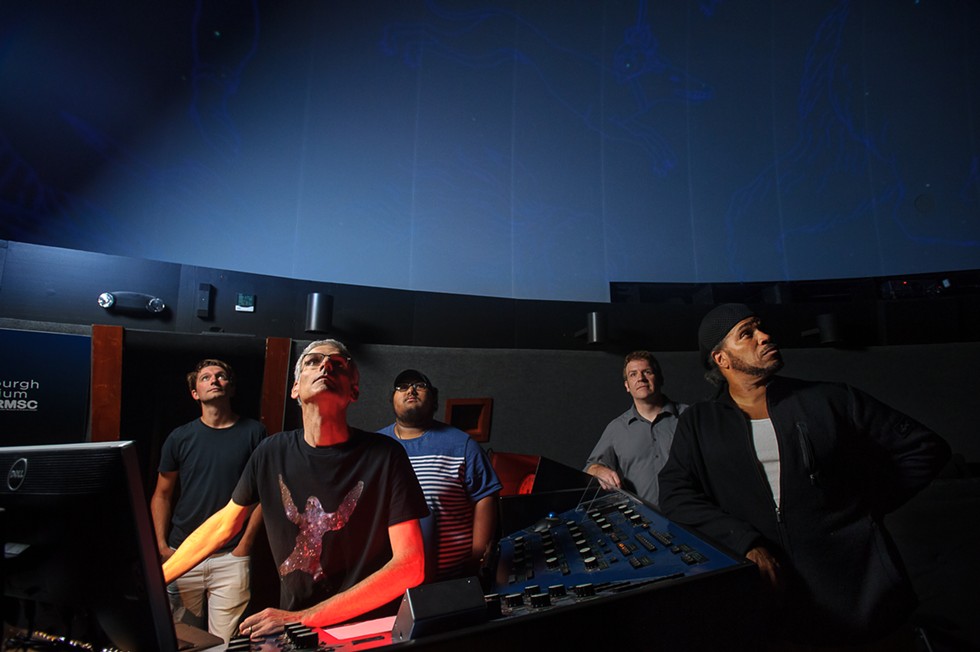 Fentress and the band plan to premiere "Impressions of the Infinite," a multimedia performance featuring live music, in early 2020. The collaboration will integrate video  by Fentress, along with sound design by Matt Ramerman of The Green Room.


The roughly hour-long performance features music composed by Vanishing Sun's keyboardist Ian Sherman. "I've always loved the aesthetic of the planetarium and the cosmos," he said in a recent phone interview.

"I heard this group and thought, this music belongs in a 21st-century planetarium," Fentress said in a statement.

But the project began to flourish when the Strasenburgh Planetarium temporarily  closed  in September 2018 for renovations to its Star Theater. Reopened in January, the theater is now equipped with a full-dome projection system and an upgraded floor plan that allows for removable seating.

The "Impressions of the Infinite" performance is meant to showcase the new technical capabilities of the planetarium. Fentress's video using the Evans and Sutherland's Digistar 6 projector will be integrated with music performed by a four-piece iteration of Vanishing Sun.

"He is very much a performer along with the band, especially when we do it in real time," Sherman said of Fentress.

"Now, the Star Theater has the newest optics, the newest and most powerful planetarium visualization software, the newest sound, and the space to host a live band," Fentress said. "'Impressions of the Infinite' will use it all."

The performance date and ticket information are yet to be announced. rmsc.org/strasenburghplanetarium/shows; vanishingsun.com.