June 12, 2017
The former Vacuum Oil facility along the Genesee River has long frustrated Plymouth-Exchange neighborhood residents and community leaders. But the shell that looms over the end of Flint Street could be coming down. 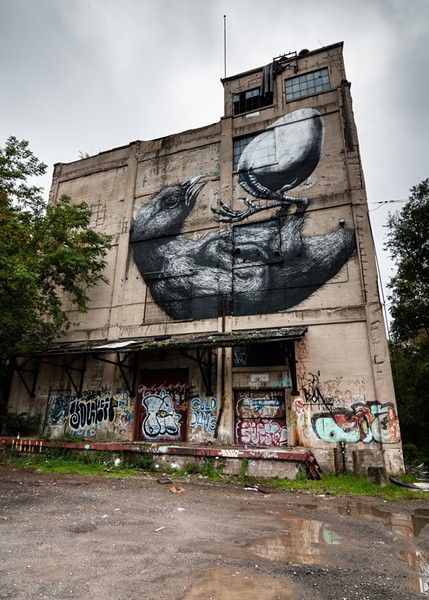 The owner of 5 and 15 Flint Street, DHD Ventures, has worked with the State Department of Environmental Conservation to develop a cleanup strategy for the site. The DEC has released that proposed framework for public review and is accepting comments through July 10.  The DEC is also holding a public information meeting on the plan at 6 p.m. on Tuesday, June 13, at Carlson Commons, 70 Coretta Scott Crossing, near Ford Street.

Under the plan, the developer will demolish all buildings on the site, including the former Vacuum Oil refinery, which has been out of operation since 1935. It’ll also excavate contaminated soil and take it off-site for disposal and pump all water that accumulates in the excavated areas into storage tanks and, ultimately, treatment. The site has significant petroleum, petroleum-related chemical, heavy metal, PCB, and volatile organic compound pollution.

The site is part of the state’s brownfield program, which means the developer will be eligible for tax credits once the pollution cleanup is complete.