October 23, 2020
Mai Abdullah is civic-minded. She’s a Sudanese immigrant and an Arabic court interpreter. The mother of three also serves on the Rush Henrietta school district's Board of Education.

She’s also part of a growing population in Monroe County: She has no political party.

“And I thought about joining, like declaring myself and saying like I’m a Democrat,” Abdullah said. “I’m a part of the Democratic Party, and then I looked deeper at issues that are important to me and pertain to me and I thought the Democrats are not doing enough.” 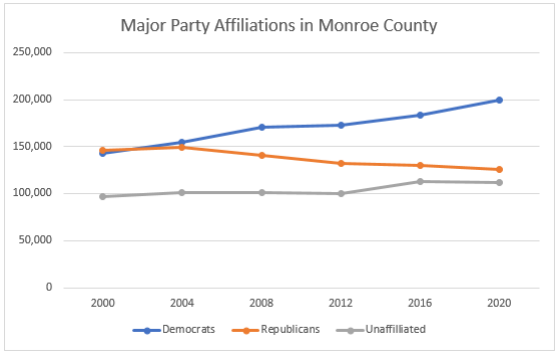 Monroe County Board of Elections data shows Abdullah isn’t alone. The number of unaffiliated voters has been on a steady climb for much of the last two decades. There are a little more than 112,000 registered no-party voters locally. For comparison’s sake, there are only 13,000 more registered Republicans in the county. There are nearly 200,000 Democrats.

The numbers are similar statewide. The state Board of Elections said 2.5 million voters are unaffiliated, and 2.65 million are Republicans. 6.5 million registered voters are Democrats.

Timothy Kneeland chairs the political science and history departments at Nazareth College. He said that unaffiliated voters can be the difference in tightly contested races. Kneeland also said they're more likely to see themselves outsiders.

“They’re gonna vote like the major parties,” Kneeland said. “But they don’t see themselves as being connected in any way, culturally or historically, with any major party, and they feel by not endorsing a major party, they have more freedom.”

For Abdullah, the choice came after careful consideration. Abdullah said the Democrats break campaign promises too much. She also said they compromise on major issues like health care and the environment. 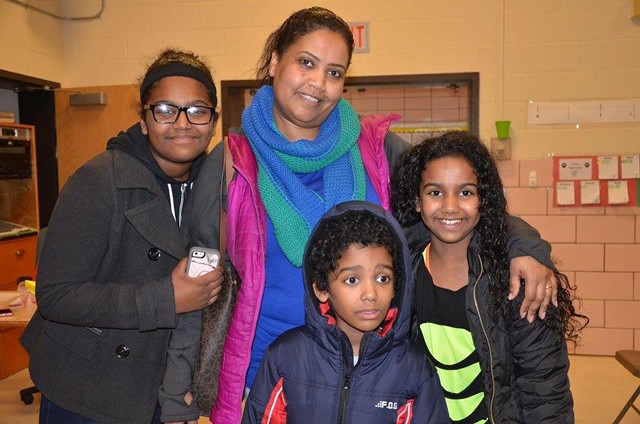 Abdullah is a fan of Vermont Sen. Bernie Sanders and was hoping for a third left-leaning major party to emerge in his image. But without that party, she shifted her focus to voting President Donald Trump out of office. And whether she likes it or not, she said she’ll rely on Democrats to get it done.

“ I can barely say Trump’s name with everything he stands for,” Abdullah said. “He needs to go. I’m willing to compromise myself to make sure that he doesn’t get a second term.

Kneeland said many suburban voters like Abdullah have been angered by the Trump administration. 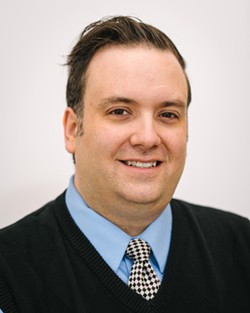 “It's no longer the Republican Party of 2012,” Kneeland said. “It's the Trump party now. It's been remade in his image. The policy, the politics, and the sorta vicious rhetoric, clearly comes from the top on down.”

For lifelong Republican Steve Weisenreder, Trump was the final straw. The East Rochester resident said he's lost what little faith he had left in the party.

“Basically when they nominated Donald Trump to be president,” Weisenreder said. “I said even though I’d like to vote for you guys, I can’t have that letter next to my name.”

He works for a local nonprofit and calls himself “very political.” As an LGBTQ voter, Weisenreder said his values are now in line with the Democrats — but he’s not ready to commit just yet.

“It feels like a very deliberate,’ I'm on your team,’” Weisenreder said. “As opposed to, ‘I support you because you represent my interests, you have to continue to earn my support.’ ”

Dan Ramich of Fairport works in sales and is a married father of two college-age boys. His beliefs line up with the Republican Party, but he’s opted not to join.

He is far from alone. There are more than 112,000 unaffiliated registered voters in Monroe County, with more than 2.5 million in New York State.

Ramich said talking about political labels has become toxic, and he avoids using them. 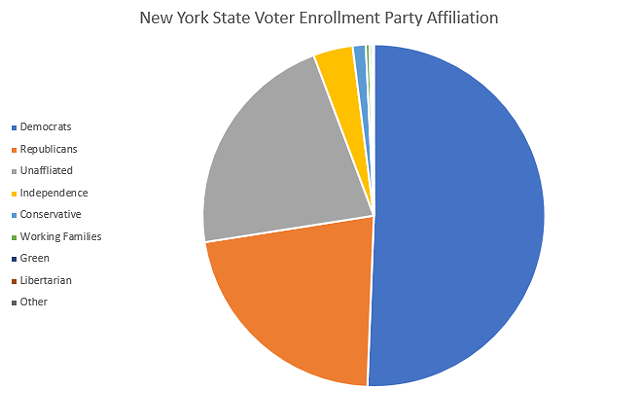 “It seems like we can’t even talk about them without people throwing phrases at us and pigeonholing us because of what our beliefs are,” Ramich said.

He said the parties have to earn his vote, and he makes choices based on individual issues like taxes and education.

“It’s so complex,” Ramich went on. “It takes so many variables that go into the choice you make.”

Ramich said political parties are like teams, and for many, supporting that team is often more important than what a candidate believes in.

SUNY Geneseo Political Science Professor Jeffrey Koch agrees with Ramich, saying that affiliated voters tend not to stray from their party no matter who runs. He calls Ramich and other voters without parties “floating voters.”

Using history as a guide, Koch said unaffiliated voters will show up in droves for this year's election and most won’t vote again until the end of the presidential cycle. He also said voters in New York state float in unique ways. For example, there's “cross-party endorsement,” where a candidate can appear on more than one ballot line.

“So you can vote for a candidate, let's say on the Conservative Party line or the Republican Party line,” Koch said. “No other state in the United States has that.”

That’s an option that Claire Hawley Zarcone prefers, largely because she’s frustrated by the system and wants third parties to survive. Hawley Zarcone is a graduate student who lives in Brighton. A married mother of two, she said she’s been unaffiliated since she first registered to vote. 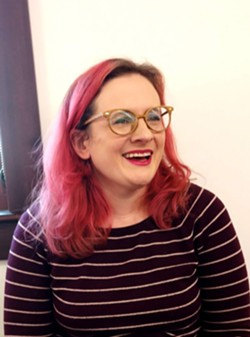 “I mean I’m 38 and it's been a long time and the older I get, the more serious I feel about it, that I’m not gonna join one of those parties,” said Hawley Zarcone. “I will vote for a candidate from one of the major parties but I’m not going to kinda compromise myself by basically signing up for an entire platform that I don’t necessarily agree with.”

She also said being a no-party voter was a bigger issue when she lived in the city, because nearly every race in city government is decided in the primaries. Even with that issue out of the way for her, she can’t help but think that there should be more options. She said those options are left out because politics is fueled by money, even within the party structure.

“I feel like I’m always voting for the lesser of two evils and I feel like different ideas don’t get heard,” She said. “I feel like the little guy gets left out.”

Koch said not wanting to compromise is a common trait among no-party voters but believes the reality is that the current system makes compromise nearly inescapable.

“The fact that there are only two parties, (it) really simplifies things,” said Koch. “You know there’s some benefits about that, but it means that you can’t find one that you fit 100 percent.”