Hurricane Maria touched down in Puerto Rico on September 20, 2017, and in the months following it, thousands of families relocated to Rochester. Many of them are still here.

Karla Reyes Ríos, a mother of three from San Juan, recalls Maria as powerful, dangerous, and chaotic. "Wow, the water – you could swim in the water," she says. "The windows crashed down and the door couldn't close, because literally the water was coming through." 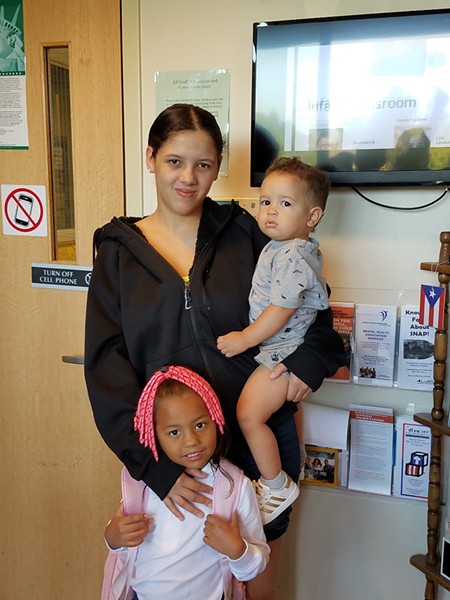 About 50 miles south of San Juan, on Puerto Rico's southern coast, Jose Nieves Ortíz was also trying to survive the storm with his family.

Reyes Ríos and Nieves Ortíz are two of some 130,000 people displaced by Hurricanes Maria and Irma. More than 3,000 people died in the storms.

Maria hit only two weeks after Irma touched down and between the storms, Reyes Ríos had endured the loss of a pregnancy. But she felt she had to keep going, she says, to support her family.

"My children are small," she says. "They didn't know what was happening. But for me it was super intense, super, super intense, because I had to literally feed them cold spaghetti, because it was what we had to eat."

The two hurricanes devastated the island's infrastructure. There was no water and no electricity. "I could be in line to buy ice," Reyes Ríos says. "And I knew that I was the last person in line to get the last ice they had. And behind me, there were around 40 more people. And I knew that if I was going to buy the ice, they would go without it."

Reyes Ríos came to Rochester about a month after Hurricane Maria – the first time she had ever left Puerto Rico, and her first time on an airplane. "I made this decision for my kids," she says. "I decided to leave, and leave my mom and my brother there and help them from here."

Her mother died of cancer the following February.

Between 5,000 and 8,000 people came to Rochester from Puerto Rico after the hurricanes, according to Julio Saenz of Ibero-American Action League, a human services agency with a long history of helping the Latinx community. Fátima Grullón, a case manager with Ibero, says she worked with hundreds of displaced people.

Some, like Nieves Ortíz, had family members with them. The 78-year-old now goes to Ibero's Spanish-language senior center and says he's comfortable. His daughter also looks after him. But he says he struggled with the winter shortly after coming here. "Little by little," he says, he adapted, but when he first got here, "it was bad – the cold and the snowstorms. In Puerto Rico, we don't have snow, and here it's so bad." 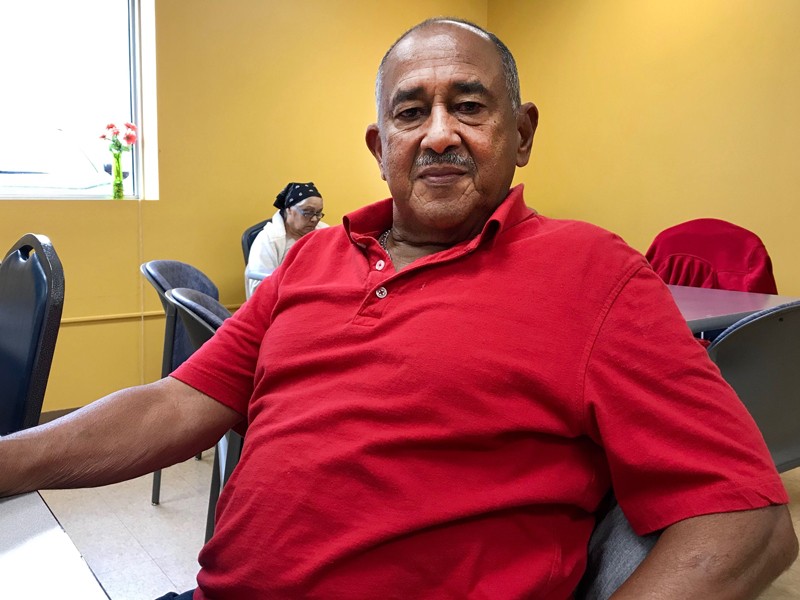 In fact, Rochester received more than 120 inches of snow that winter. And Ibero's Julio Sáenz says people were arriving in flip-flops and with no coat. Ibero and other organizations formed a coalition to address immediate needs, including getting people winter clothes.

Through Ibero, Nieves Ortíz now has access to senior programming, and Reyes Ríos has access to day care. But Reyes Ríos, like others, is still struggling to get by. Her main obstacle has been affording a place to live.

Grullón's job is to help people in similar situations connect with basic resources, like health care, job placement, and housing. Two years later, some of the former Puerto Rico residents still need that support. Housing in particular continues to be "a big crisis" in Rochester, Grullón says, "and we are trying to fight hard to meet this need."

At first, Reyes Ríos was on public assistance. Then she got a job and was able to start paying rent, but recently, she lost that job. The distance to work "complicated things a lot for my kid's schooling," she says.

The language barrier has also been an issue for Reyes Ríos. She's back to filling out paperwork for public assistance so she can afford housing. She wants to take English classes, she says, and to make sure her children learn the language as well. She doesn't want them to run into the kind of obstacles she's been facing, she says.

Nieves Ortíz says he'd like to go back to Puerto Rico for the winter if he could, but Reyes Ríos says she doesn't plan on it. "To think of it all, I like Rochester a lot," she says. "I don't think of going back for now. I lost my mom, but I have my little brother there. Really, I don't miss anything except them."