The first time I spied one of Shane Durgee's paintings was during a punk show at the old Smugtown Mushrooms location near the Public Market. Pushing a narrow path between rooms, drink it hand, I looked up at the wall to see an oddly familiar element from my childhood: embedded in a riot of swirling colors and shifting suggestions of landscape and sky was the unmistakable, sleepy-lidded eyeball of Sesame Street's Snuffleupagus. I've been fond of Durgee's work ever since. His solo show at Nu Movement, "Fog of Memory," features a survey of his work from the last several years.

Durgee uses his curiosity about individual or group identity, and the particular elements or influences that stay with us from an early age. The staring globe of that puppet's eye can be found in just about every one of his paintings. As a child, he felt unnerved by the eye, and would dream of wandering from room to room in a house, unable to lose its lash-curtained gaze. As an adult, he likens this subconscious ever-presence to the ever-encroaching surveillance of our lives. 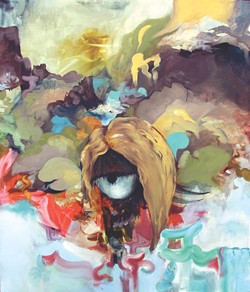 Other recurring elements in his work include luscious, flowing hair — a remnant of both reading and drawing comic books, as well as a fascination with androgynous rock stars like David Lee Roth — and twisting marks that resemble characters from an unreal alphabet.

Like the rest of the dreamy pictures' elements, the squiggles seem to have a sort of life. They blend into the unresolved memory-scapes, but still make their presence known as a subject. Durgee explains that these letter-like forms are also an attempt to put a pin in squirrelly memory.

"I think I had an imported toy robot from Sears with kanji on the box," he says. His cousin, whose mother is Japanese, had explained that it was Japanese writing. "Until they informed me of that fact, I had seen it as part of the packaging artwork. So I make marks that evoke that sense of mystery and fantasy that the kanji represented before I knew what those marks were."

These disparate memories collectively inform one of Durgee's consistent themes, which is the mystery of identity — how we construct our own, and how we are perceived by others. For example, in "Self-Portrait," a bust confronts the viewer through a curtain of flowing, golden locks, and is dressed in a star-spangled, military-style jacket. The face is inscrutable, consisting of colorful, flowing lines and marks, underscoring the unresolved nature of the self and the unfathomable nature of the other.

"The ambiguity of gender is important to me too," he says, "because I think it's a big part of childhood as well. There's this weird gender binary that we're crammed into as kids, and before you're pubescent, you're androgynous."

Durgee adorned the figure in military regalia because of America's military presence in the world. "It's not a critique, so much as an observation" of how Americans are viewed globally, he says. 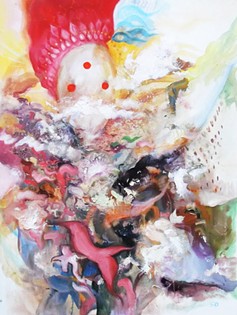 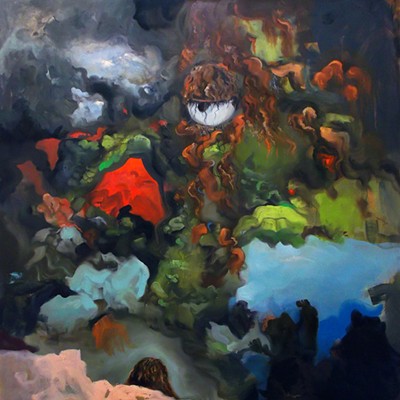 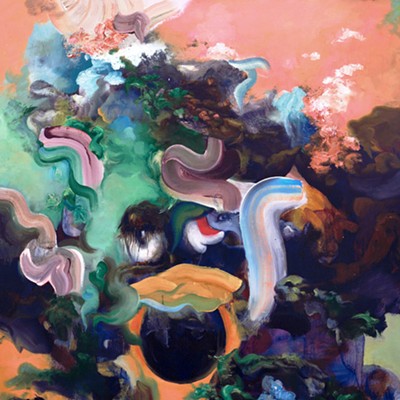 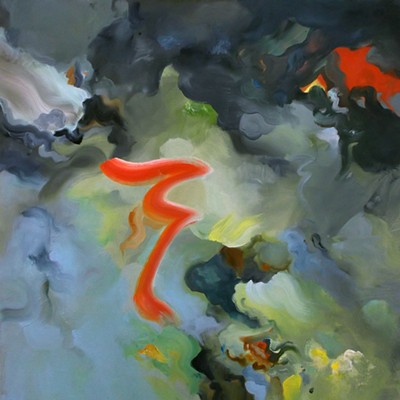 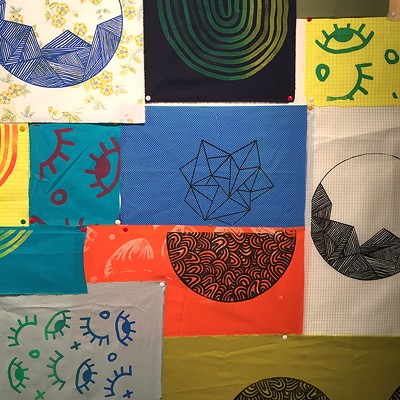 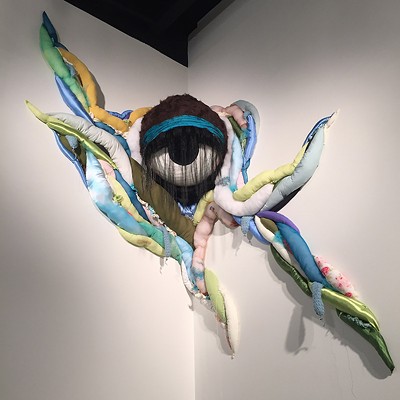 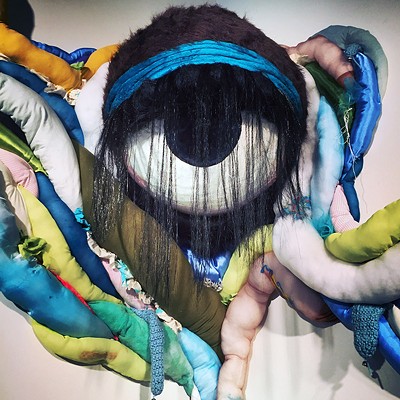 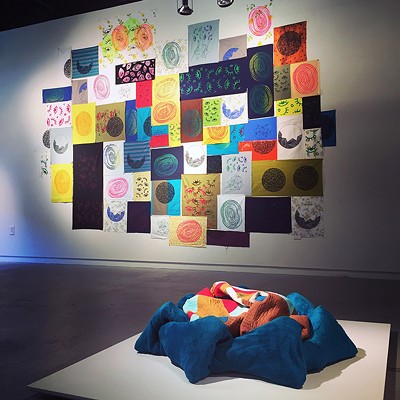 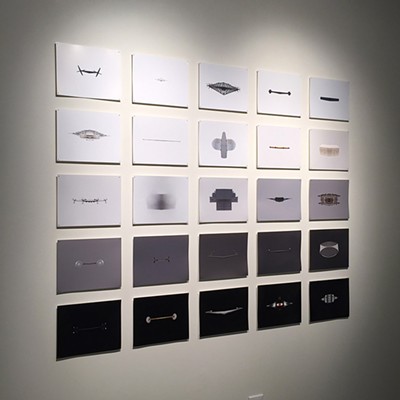 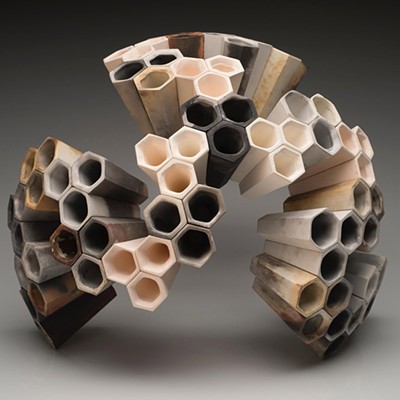 "A lot of graduate students this time of year are finishing up thesis obligations or first year study, having spent a lot of time researching and critiquing their work," says Gallery r director, John Aasp. "I wanted to select a few grad students and have them either collaborate, show unseen or experimental material, or show the most recent thing they made. The focus is more about the raw elements of their talent as opposed to performing under academic pressure."

A section of the first room of the space is filled with a collaboration between Durgee and Emily Bellinger, who works in fabric and printed media. Bellinger's art has its roots in folk women's work, spiced up with punk and feminist elements. Her colorful and graphic shapes and patterns, here printed on cardboard and on a wall of fabric rectangles, underscore her focus on quilting.

In a corner of the space, high up on the wall, is "Watch You Watch Me," for which Bellinger created snaking, plush objects around Durgee's mammoth eyeball sculpture. The dreamy palette and shapes resemble Durgee's brush strokes, and the whole work looks like a Durgee painting clinging to the corner like a surreal surveillance device.

This medley show features many creative and clever works, such as Shane Caryl's "0 Days Since Last Incident," a Humpty-Dumpty-esque blown-glass version of a wind-up toy that lies broken at the bottom of a staircase.