Trumpcare’s dead, but its philosophy lives on 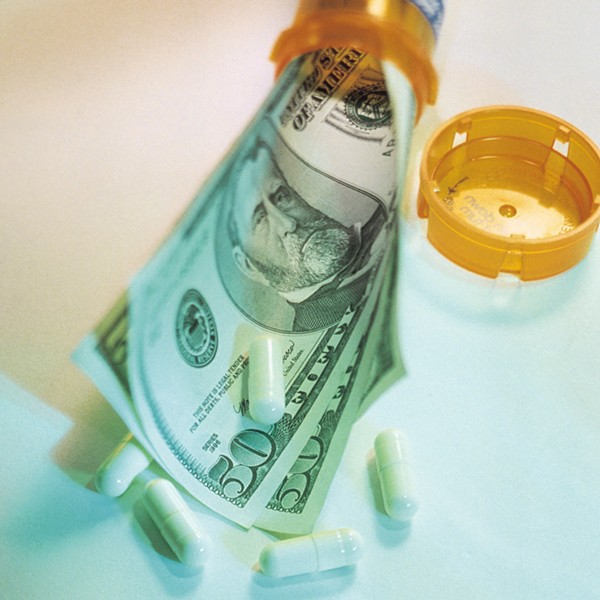 The American Health Care Act is dead, apparently. And for liberals, that’s something to celebrate, I guess. But the philosophical divide that got us here – that got us not only to the Republican bill’s defeat but gave us the bill in the first place – is still very much alive.

The most chilling photograph I saw during the past week was the one originally tweeted out by Vice President Mike Pence, showing Pence and members of the Freedom Caucus, meeting in the White House to discuss the Affordable Health Care Act. The Caucus was demanding changes, including dropping some of the coverage that Obamacare required insurance plans to provide.

Why, Caucus members argued, should people have to pay for insurance coverage they’ll never need? If some Americans want that coverage, they can pay a bit more and get it.

Among the items the Caucus wanted cut: maternity care coverage. One group of Americans who would never need that coverage, of course, is men.

It can’t be a coincidence that every person in the photo of the Freedom Caucus was a white man. The Caucus doesn’t publicize the names of its members, but the Pew Research Center says it’s been able to identify 36 members – only one of whom is a woman (Cynthia Loomis from Wyoming), and only one an ethnic minority (Raúl Labrador from Idaho).

Also not coincidentally, I think: the Freedom Caucus has been among the most ardent forces pushing to defund Planned Parenthood, which provides vital health care for women.

If we’re to judge them on their actions, the Freedom Caucus members not only don’t understand how insurance works – how larger pools of beneficiaries makes insurance affordable – but they’re also not concerned about people who aren’t like them – even wives, sisters, daughters, mothers.

Personally, they can afford to be hard-hearted under the guise of fiscal conservatism, because they and their families have excellent health-care coverage, courtesy of American taxpayers.

This isn’t solely a women’s issue. And the hard-heartedness isn’t limited to members of the Freedom Caucus. Congress has become mean. Small.

Many of us are concerned about the partisanship in Washington, the seeming inability for Republicans and Democrats to find common ground. That will keep the country from dealing with the challenges we’re certain to face. But we could vote out of office the legislators who aren’t willing to compromise. Harder to deal with, I think, is the pettiness and lack of empathy that seems to have infected the American soul.

It’s astonishing – to me, at least – that unlike most other developed nations, we don’t consider health care a right. Universal health care shouldn’t be a hard sell to Donald Trump’s supporters – or to the voters who sent the Freedom Caucus to Washington.

In Sunday’s Times, Cornell economics professor Robert Frank suggested that Trump should use the AHCA’s defeat as an opportunity to start pushing for a single-payer system, “Medicare for All.”

Great idea, of course. But that assumes that Trump cares enough about ordinary people to lead on this issue. Sadly, I’ve seen no indication that he does.

In my column earlier this month, bemoaning the threats to Jewish Community Centers and other Jewish institutions around the country, I concluded that the threats were part of widespread anti-Semitism. Since then, Israeli authorities have arrested a 19-year-old Israeli man and charged him with some of those threats.

While that arrest doesn’t mean that anti-Semitism and similar hatreds isn’t flourishing, in the US and elsewhere, I drew a conclusion about those particular threats that was unfounded. That's a violation of journalistic standards. Readers who have said I should apologize are correct. I should, and I do.