When Tim Brumfield walked into Trillium Health not long ago, he was more than a little scared: had he contracted HIV, the virus that causes AIDS?

Brumfield, a tall, good-looking young man with a winning smile, says he had had a recent sexual encounter that concerned him. So he went to Trillium to get tested. The organization provides primary medical care and has a long history in the Rochester-Finger Lakes region of treating individuals with HIV/AIDS and hepatitis C.

"I came in for STI testing – gonorrhea, chlamydia, syphilis, and HIV," he says.

But Brumfield left with a drug called PEP, Post-Exposure Prophylaxis. If taken within 72 hours after exposure to HIV, the antiretroviral drug prevents infection from the virus.

PEP isn't a new discovery in the fight against HIV/AIDS. Emergency room doctors and physicians familiar with antiretroviral medicines have known for some time that a combination of drugs prevents infection after a potential exposure to HIV if taken right away. 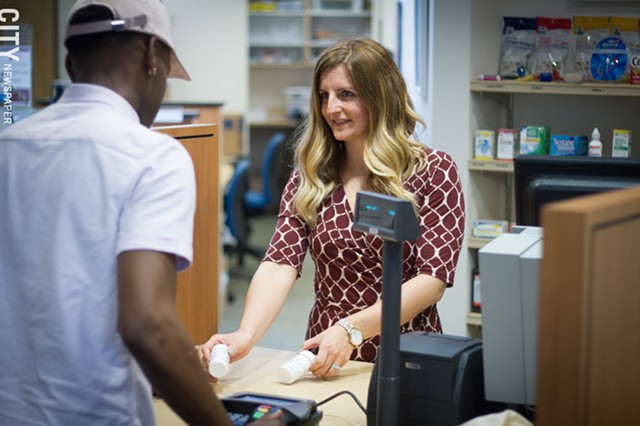 But just how PEP is being administered is new. Governor Cuomo signed a bill in March that allows pharmacies to administer PEP if they meet certain requirements. The legislation was part of Cuomo's larger plan to end the HIV epidemic in New York State by 2020. The state leads the nation in the number of people living with HIV/AIDS, according to a detailed 2016 report, the New York State HIV Epidemiological Profile.

The similarly named PEP, however, gives health-care workers another opportunity knock out the virus when someone may have recently had a high-risk exposure to HIV, Zuppelli says.

But time is of the essence, because there's an extremely short window to kill the virus. After three days from exposure, there's less likelihood that the drug will work. The drug, which is actually a combination of three drugs, attacks HIV's lifecycle by preventing it from replicating and then hiding in the body in stealth-like reservoirs.

The need for PEP is probably higher than we think, Zuppelli says. People may have unprotected sex because they think they're in a monogamous relationship, or they have sex and the condom breaks. Occupational exposures, such as needle sticks, and sexual assaults are other reasons to prescribe PEP, she says.

Not all primary care doctors feel comfortable prescribing antiretroviral drugs, Zuppelli says. As a consequence, many people don't go to see their doctor if they suspect they've recently been exposed to HIV.

Prior to the new law, the emergency room was the only place people could get PEP, "which is a barrier," Zuppelli says, "because usually people don't want to go to emergency rooms."

While the new law allows pharmacies to provide PEP, it's still not available in all pharmacies. Trillium's pharmacy is one of the few in the state that can offer the drug outside of New York City.

If you go to the Trillium pharmacy and say you think you've been exposed to HIV, you'll get a brief screening to make sure you're a candidate for PEP, Zuppelli says. If you are, you'll be given a seven-day supply. "At the same time," Zuppelli says, "the pharmacist here will link you to services at Trillium to complete the drug's 28-day course." The full course is needed to be effective.

Trillium's pharmacy has a 24-hour service with an on-call pharmacist, so people can be given a starting dose of PEP at any time day or night, at (585) 241-9000. And it doesn't matter where people live, Zuppelli says. Even if they're in Buffalo, Trillium will get the medication to them, she says.

While some critics have warned that PReP and PEP will lead people to take a more casual view of sex and increase their high-risk behavior, no data supports that claim, says Zuppelli. 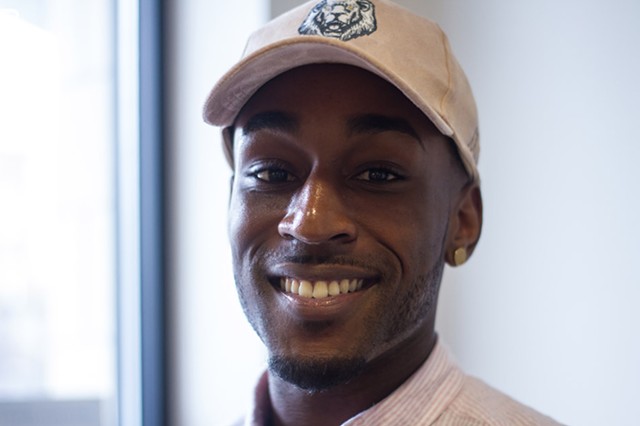 Talking about HIV testing and prevention has led to a broader – and some say a much-needed – discussion about sexual health, similar to the way we talk about heart health and diabetic health.

For instance, Trillium's counselors were in steady contact with Tim Brumfield to make sure he was taking PEP properly through the four-week regimen. He was tested for HIV before starting on PEP to make sure he wasn't already HIV positive and to establish a benchmark. He was tested again after he completed the treatment, and he was negative. But Brumfield's consultations with Trillium didn't end there. He then began taking PReP as a preventive measure.

And while Brumfield says he understands why some people may be concerned that drugs like PReP and PEP might encourage someone to be more promiscuous, that's not what he has experienced, he says. He meets regularly with his health care team at Trillium, since going on PReP. He is tested more frequently, and he says he is more aware of the decisions he makes concerning sex.

Fear of testing begins to fade, and confidence and peace of mind grow, he says.

"You already know you've been tested recently," he says. "And after going through the risk assessment, you actually go into those next encounters thinking about the things you just talked about. You'll have to go back and talk about the same things in three months. It keeps you aware of what you're doing."

If people go to Trillium for PReP or PEP and it turns out that they are already HIV positive but didn't know they were, they can begin treatment to not only protect their health, but the community's as well.

Although drugs like PReP and PEP are helping to reduce new HIV infections, Zuppelli says, barriers to information about sexual health persist. For instance, while HIV cases are declining, syphilis, which was nearly irradiated in the 1960's, is increasing. And people with STI's like syphilis are much more vulnerable to HIV infection.

"We do know that our young black men who have sex with men are at the highest risk of contracting HIV," she says. And more outreach effort needs to be directed toward heterosexual women, particularly women of color, she says. PReP and PEP are available to everybody, she says, not just gay men.

"Thirteen to 26 is the highest-risk age group," Zuppelli says. As of April, minors can seek HIV prevention and treatment on their own, which previously wasn't allowed in New York.

"If I have a minor come in, I don't have to have their parents come in and sign off for them," she says. "That's groundbreaking for us if we really want to achieve the 2020 goal. That's the age group we must target: test, link to care, and get on PReP."

When William Valenti read a report about a disease with some unusual characteristics, he created a folder for it and saved it. There was something about the case that intrigued him, even though he had no idea at the time that it would be the first of many cases to follow. 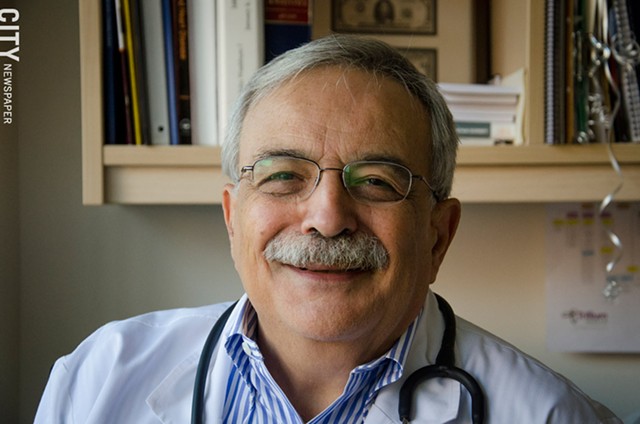 That was more than 30 years ago, when he was just starting his career as a doctor. And the disease Valenti had read about in the report was AIDS.

Valenti began treating some of Rochester's first AIDS patients in the early 1980's, and later co-founded Community Health Network, now Trillium Health. He has been a leader in HIV/AIDS treatment and research and helped galvanize Rochester's response to one of the worst epidemics of the 20th century.

"For a while, I deluded myself into thinking that AIDS wasn't really in Rochester," Valenti writes in a recently published book, "AIDS: A Matter of Urgency – a Doctor's Memoir." He had hoped that the disease would remain in other locations, but he soon realized by the volume of people he was seeing that wasn't the situation.

In the book, Valenti describes the challenges of coming out as a gay man himself in the early 1980's, a time when AIDS emerged and coincided with extreme public intolerance toward gay men. He gives compassionate accounts of patients he still remembers in vivid detail, like Adam. The young man was so disfigured by Kaposi sarcoma, a rare form of cancer, that people walked the other way when they saw him on the street.

"I thought one day when I was exhausted that I didn't want to do this insane work anymore," Valenti writes. "Then I thought of him. I still admire his guts, his courage."

In many respects, Valenti has written more than the standard memoir. His book is a tribute to his patients and to Rochester, and to many people who, despite their fears and convictions, asked how they could help.