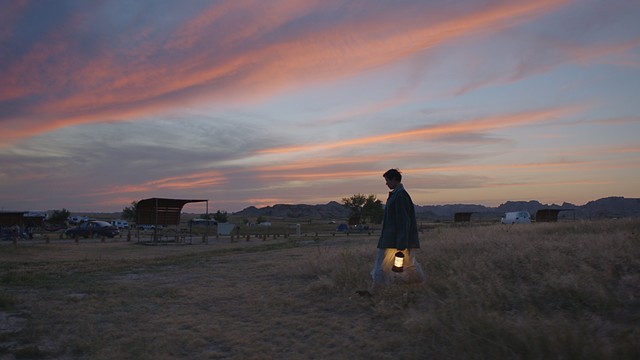 The 45th edition of the Toronto International Film Festival kicked off on September 10, with a hybrid festival mixing in-person and virtual screenings. Sadly due to the global pandemic, the festival this year is only open to residents of Canada, which is a bummer for Rochester-area movie buffs who look forward to making the trek to a world-class festival just a few hours from home.

I’ve been lucky enough, however, to have received press accreditation to cover the festival remotely, so I’ve been cramming in as many movie viewings as possible, all from the comfort of my living room. As you might expect, covering a film festival remotely has its ups and downs. I definitely miss the audience experience: There’s something about a group of strangers discovering a film together for the first time that just doesn’t hit the same when I’m usually sitting alone on my couch.

On the plus side, this was the first time my partner was occasionally able to take part in the festival with me, which I admit was pretty nice. There’s something to be said for making the festival experience (or at least some version of it) more readily accessible to an audience that wouldn’t otherwise be able to attend in person.

I’m also not entirely missing the necessary sprint from theater to theater as I attempt to get to my next screening on time. The ability of being able to take in another movie simply by hitting the play button is a luxury I’m very much enjoying.

And I’ve managed to see some great films; ones that I can’t wait for more people to get a chance to see. What follows are some brief reactions to a few of the films I’ve screened so far.

“Get the Hell Out” is one of three Midnight Madness selections — the festival’s specially-curated program of “genre” movies: horror, action, sci-fi, and fantasy — in this year’s slimmed-down lineup. The Taiwanese horror-comedy uses a zombie outbreak in the country’s parliament to place itself as an over-the-top satire of the bloodthirsty nature of modern politics. With a frenetic pace and geysers of blood perpetually dousing its characters as they attempt to fight their way to safety, Wang I-fan’s film doesn’t attempt to be any more than a live-action cartoon. But its relentlessly manic energy starts to grow wary long before it’s over.


Actress Regina King makes her feature directorial debut with “One Night in Miami,” a film that in a normal year would surely have been one of the hottest tickets at the festival. Written by Kemp Powers, adapting his own play, the film is a fictional account of a night in 1964 when friends Muhammad Ali (then known as Cassius Clay, played by Eli Goree), Malcolm X (Kingsley Ben-Adir), Sam Cooke (Leslie Odom Jr.), and Jim Brown (Aldis Hodge) get together to show support for Clay during his title bout against Sonny Liston. The film takes a little while to get going, but as the men begin to butt heads and debate their roles in the country’s Civil Rights movement, it’s never less than engrossing. The entire ensemble is firing on all cylinders, but for my money the MVP is Ben-Adir, who brings a prickly humanity and roiling internal conflict to his portrayal of a towering figure. The film is set to be released by Amazon Studios later this year.

Ivory Coast’s Oscar submission for Best International Feature Film, “Night of the Kings” is an unusual prison drama set in Abidjan’s real-life “La Maca” prison, a place where the inmates are mostly left to rule themselves. The film begins with the arrival of a new prisoner, a young man who finds himself forced by the prison’s ailing leader to become the new “Roman,” a role that requires that he — like Scheherazade — tell stories to the other inmates through the entire night, or face death. Writer-director Philippe Lacôte balances the harsh realities of prison life with the more fantastical elements of Roman’s tales, creating a compelling tribute to oral tradition and the emotional power of storytelling.

The film was picked up by Neon — the film distributor who ushered “Parasite” to Oscar glory earlier this year — so they’ll no doubt be planning a full release for the film later this year or early next.

I had high expectations for “Nomadland,” a film teaming the great Frances McDormand with fantastic filmmaker Chloé Zhao (“The Rider”), and it’s a testament to the film’s power that it somehow managed to exceed those expectations.


McDormand stars as Fern, a sixty-something woman who lost everything in the 2008 recession. Literally everything: when the gypsum plant in her hometown of Empire, Nevada closed, the entire town went with it, and shortly thereafter the entire zip code was wiped off the map completely. Then her husband died, and Fern pulled up roots, living out of her van and traveling the American West searching for work.

Writing, directing, and editing her third feature, Zhao cements herself as one of the most vital new voices in the cinema landscape. With its story of a woman who may be houseless, but is adamant she’s never homeless, this is a film that quietly taps into a sense of unease and uncertainty that strikes a chord in modern-day America.

“Nomadland” is currently scheduled for a December 4 release by Searchlight Pictures.