To reach city's potential, rethink what is possible 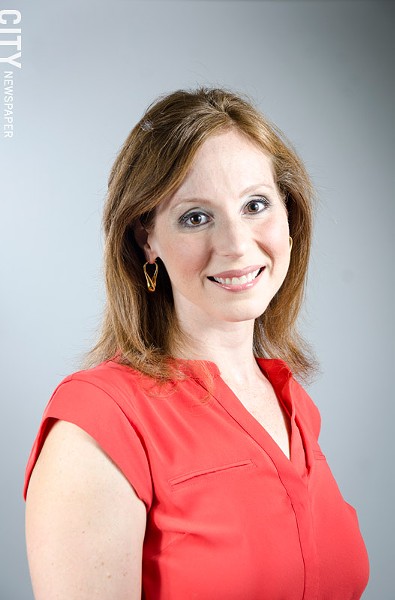 Recently, Mary Anna Towler wrote about the "risks" in the Rochester mayoral race (Urban Journal). The truth is we face only one major risk in this race: electing a candidate who will maintain the status quo.

We cannot afford another 25 years of trying to manage the city's decline. Making incremental investments through a myriad of programs hasn't been an effective strategy. We need to think much bigger. We need to think long term.

My team is offering a real plan to grow the economy and reduce poverty. It will help struggling families by providing increased childcare subsidies, a critically important program that has been proven to lift people out of poverty. For less than 2 percent of the city's budget, we can help an additional 1,000 kids. Another part of our plan will reduce property taxes by 50 percent.

Take a drive through the city, and you'll see the need for a massive investment in our housing stock. Half of our homeowners earn less than $51,000 a year. They're begging for help with upside-down mortgages and repairs. Renters are also struggling; nearly two-thirds of them pay 30 percent or more of their income for housing. They're disproportionately impacted by the city's high non-homestead tax rate.

We have empty storefronts and office space. The city's commercial tax rate is about 50 percent more than Henrietta's. No wonder jobs have left the city and we hand out tax breaks like candy. When only wealthy developers get tax breaks, everyone else is left holding the bag. You should not have to pay a greater share of taxes so a developer can build $300,000 condominiums.

We must be effective and efficient in attracting companies to the city and locating jobs near people. We have an unemployment rate of 14 percent. In some neighborhoods, unemployment tops 30 percent. In addition to the property tax cut, we're calling for a Jobs Office at City Hall and a citywide fiber network to level the playing field for our students.

Many people have asked, how can we cut property taxes by 50 percent?

We will need a three-year head start and a dedicated fund to cover short-term revenue losses. One potential source of funds is consolidation of the city and county water systems. The city previously valued its system at more than $200 million in today's dollars. But a consolidation would happen only after thorough, independent study and rigorous negotiations. Through those negotiations, we would make sure city taxpayers are protected and ensure the city is well represented on the water board.

There are additional ways to get revenue for the dedicated fund. We will ask the state for Rochester's fair share, as we get $204 less per person in state aid than Buffalo. This directly impacts how much we pay in property taxes. State funding largely comes from income tax revenue, a significantly more progressive source than property tax.

Finally, new revenue from increased investment in the city will go into the dedicated fund. With a three-year head start, we can invest in housing and jobs without cuts to services.

Towler also alluded to the risk of a mayoral primary further fracturing the Democratic Party. Unfortunately, the reality is our party could not be more fractured. The only real risk we face this year is choosing candidates who are part of the Morelle or Gantt factions. Decades of infighting have left the party broken and unsustainable. If we want to fix our party and our city, we need to look in a new direction.

We have a choice between tired ideas of the past or a bold vision for the future. Rochester is not working for everyone. The only way we can reach our full potential is by rethinking what is possible. It's your city. It should be working for you.

Barnhart is a candidate for the Democratic nomination for mayor.