To our CITY readers: changes, and an invitation

July 17, 2018
You'll find a few differences in the print edition you're reading – most significantly, the size of our pages, which are now 1 inch shorter.

The cause: the 30 percent tariff the Trump administration imposed on Canadian newsprint earlier this year.
Most newsprint used by US newspapers comes from Canada, and that includes the paper on which CITY is printed. Shorter pages use less paper, which will reduce our costs. 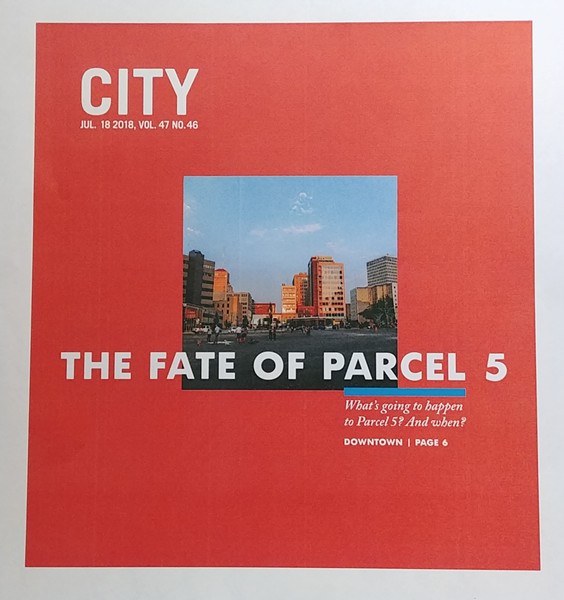 To fit that smaller page size, we've made a few adjustments to the design of some pages. And the length of articles on some pages is slightly less. (My weekly Urban Journal, for instance, will be about 580 words rather than 645 words.)

For the most part, though, we haven't eliminated content. Among the exceptions: Some weeks ago we dropped the syndicated horoscope feature. We've sometimes eliminated listings of continuing art exhibits, but they're always in our online calendar.

And with great regret, we have stopped publishing Home Work, a half-page feature produced by the Landmark Society, for which we have donated space for more than 20 years. We know that Home Work has been a popular feature, and both we and the Landmark Society hope to find a way to bring back it back.

Taking these steps has enabled us to get costs down without impacting the journalism we've provided for the past 47 years.

We welcome and encourage your comments – about these changes and anything else that's on your mind.

Our major article this week looks at one of the most important downtown development issues city officials have grappled with in decades: what to do with Parcel 5. That empty lot has been the focus of officials' attention since Midtown Plaza was demolished in 2010. Proposals for new development often become controversial, but this one has had a particularly high profile, because of its prominent downtown location and the development proposal itself.

Parcel 5's future is now even more uncertain now, because of the FBI's investigation into one of the developers, Morgan Communities. Mayor Lovely Warren believes that developing the lot can boost other downtown development, though, and It's likely that she'll continue to push for it.

The final decision will be made by City Council. In our look at Parcel 5 this week, we lay out the stands taken by Warren's principal chosen developer, the Rochester Broadway Theatre League, as well as those of the critics. And we talk with the developer Warren first chose for the site, and then changed her mind: Andy Gallina.

The discussion shouldn't stop there, though. As Grove Place resident Suzanne Mayer told us: "We need to be able to talk to each other about this and what’s best for this community."

"I think it’s important to have a community conversation," Mayer said.

Public conversation on key public issues – local and national – has always been important, and it's particularly important now. And yet Americans have been withdrawing, talking to themselves and to people who share their opinions. That's a failure of citizenship, and it's undermining democracy.

We hope you'll share your thoughts, about Parcel 5 and other issues. We're happy to pass them on, in our print edition's Feedback section, in our online comments section, and on our Facebook page.

Do be civil, of course.