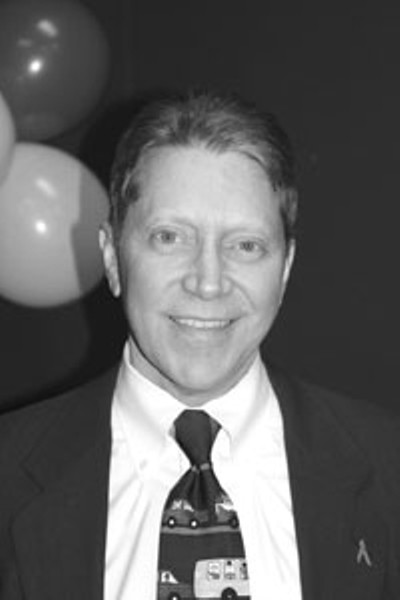 City: What specific steps will you take within the police department to reduce crime?

Mains: Step one, have an exceptional chief of police. I'm liking a lot of what Cedric's doing [new Police Chief Cedric Alexander]. I'm not prepared to say absolutely I'd keep him at this point, because I want to have a chance to collect more data. But everything I have heard within the department suggests that he is doing an exceptional job in restoring confidence and building morale. And he's redeployed in a number of places --- made some management changes that I agree with. The key, number one, is leadership and having the right person as chief.

Number two: Whoever is my chief will understand that I expect if we fund 630 officers that we have 630 officers. So we'll keep our recruitment active enough and we'll have people in the pipeline so we don't have the vacancy problem we have today.

Number three, I will restore community policing by ensuring beat integrity, ensuring that officers assigned to beats will work those beats on a regular basis, so that they're familiar with the neighborhood and the territory, and the people in the neighborhood are familiar with them. And in certain neighborhoods, expanding that beat where possible so that there's the opportunity to have them out of their cars on bikes, on horseback, on foot in some instances, where appropriate, in focused areas.

The fourth thing is related to that. In order to be able to keep the same cops in the same neighborhoods, keeping their regular beats: one of the things that's pulling them off of that right now is that they're having to race to high-volume calls. There are certain issues that generate more calls than others. I want to have interdiction teams specifically assigned citywide, teams that don't have a beat, that will deal with drugs, that will deal with prostitution, that will deal with stolen autos. Those are particular problems that often absorb a whole lot of people's time.

Those will be mobile teams that are able to cross lines and back up folks so that you've got a concentrated attack force ready to deal with those issues. That should hopefully reduce the pressure on folks working the beats.

What steps would you take in other areas to reduce crime?

I am proposing what I'm calling the Rochester Children's Initiative. It is a guaranteed opportunity to intervene in the life of every child from birth to the time they begin school, helping ensure that they have the right health care, nutrition, and preparation for learning. It's a combination of child-care specialists that make home visits and neighborhood opportunities for young parents to come and make sure that their children are getting support and that they as young parents are getting support for the challenging and difficult job of parenting.

I also want to make sure we're being more aggressive in our interruption of those people already locked into drugs. So our drug-treatment options have to expand. Our use of drug court has to expand. And we need to connect those juveniles who are involved with problems with the law; we need to connect those folks to schools. There's a project right now where kids are basically pulled in and told by cops: "We know who you are; we know what you're doing, hanging around with the wrong kids. You're at risk here. We're watching you. If you're not careful, you're gonna wind up in the criminal justice system."

That program right now doesn't bother to invite anybody from the schools, and often these kids are going to school, at least they're enrolled in the school. I would love as the principal or to have my vice principal invited to be part of those meetings.

Do we need more police officers? If so, how many?

Well yes, we need 50 police officers to being with. We need to come up to full complement; we're down 50 officers, and because the last police chief didn't keep his force fully staffed, everybody that's left is carrying a bigger burden. And everybody who's paying taxes is left holding the bag, because we have a lower level of service than we think we're paying for.

In the long run, how many more police officers we can have depends on what we can afford, and until I am able --- it will take me a whole year to get back up to full complement. In that time, I should be able to discern whether my bold economic proposals are going to grow the tax base sufficiently enough to give us the additional revenues to have the latitude to also grow the police force.

What will all of this cost, and how will we pay for it?

The Rochester Children's Initiative is based on successful similar programs run in Chicago, North Carolina, Vermont, and Ontario, Canada. We anticipate that the cost will be somewhere between half a million and a million dollars a year. I believe that those expenses will be shared among the county, the city, and health-care providers in the area --- the health insurance companies as well as the hospitals and clinics.

Do we have enough information to abandon the reorganization of the police department? If so, how should we organize the department?

Because I've asked for a study, I would like to see the results of the independent study. The administration has been having CGR crunch some additional numbers to find out of their original suggestion was a good one or not. It would probably be more appropriate to get that information from a more independent source, not one that proposed it initially.

In theory, you ought to be able to have all those elements and have two sections. But you know what? When I first came to this city, we had an eastside-westside police operation, and we decentralized it over 20 years ago to try and take police services closer to the citizens. And what's happened in this police reorganization is that we've lost that police-community connection and that has to be changed.

I suspect we need to return to a more decentralized system. And how many sections that is --- whether it's four or five or six --- will depend on the information I get from the analysis that's independently done and from a police chief who I think understands the importance of community policing like the current acting police chief does.

How will you measure success in public safety?

I called for an independent study of police services, and the intent is to evaluate the reorganization, but part of that review that I added to the budget amendment would give us metrics we could use to measure the success of our delivery of police services.

There's plenty of crime statistics, and the format for those are generated by the state or the federal government, and we follow those patterns. But what is more important to us, I believe, is not just measuring the crime rate. We also need to look at the metrics about how people perceive the response of the police to the challenges that exist here. So it's things like response time. It's things that perhaps don't get measured right now. How many shootings we have gives us some sense of whether we're getting guns off the street or not.