Thruway to switch to cashless tolls by early Saturday morning 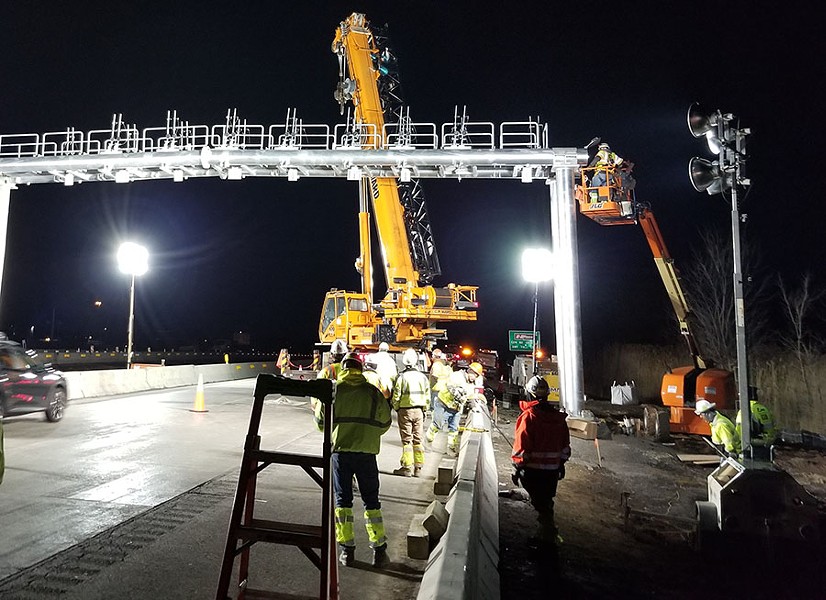 By Saturday morning, cameras mounted on steel gantries above the New York State Thruway will extract tolls from E-ZPass accounts or send bills to motorist without one.

Cameras on 70 gantries at 58 locations on the Thruway will be turned on simultaneously early Saturday morning, and all of the remaining toll booths will shut down. At that point, the Thruway will have transitioned entirely to cashless tolling.

“They all have to turn on at the exact same time so that we can start recording that accordingly,” Thruway Authority Executive Director Matt Driscoll said when he spoke about the project earlier this fall.

The tolls for E-ZPass holders will remain the same, but for those without the electronic passes, the Thruway Authority is proposing that tolls be increased by 30 percent beginning in January. Bills will be sent to the address where the car is registered. There will also be late fees if the balance isn’t paid within 30 days.

“We encourage people to go ahead and get an E-ZPass now,” Driscoll said. “Before the conversion takes place.”

The Thruway Authority also has a mobile app for E-ZPass.

The $355 million cashless tolling project is expected to reduce the traffic jams which developed at some toll booths on the Thruway and to reduce exhaust fumes from idling vehicles.