Mack Hartman is the affable, long-haired bar manager at The Revelry, the University Avenue restaurant and bar that serves craft beverages with unpretentious, cocktail nerd vibes. 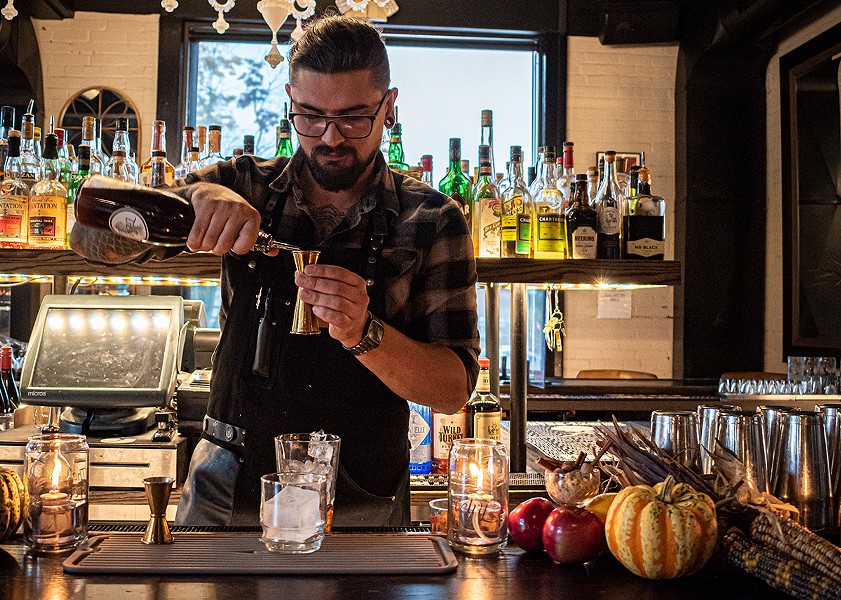 For fall flavors, Hartman avoids pumpkin in favor of spices such as clove, brown sugar, cinnamon, and nutmeg. With that in mind, he’s particularly excited about The Iron Sickle — a drink made with Iron Smoke Distillery’s applewood-smoked whiskey, a syrup made with brown sugar and clove, Angostura bitters, and a flamed orange peel as a garnish.

“The flavor you normally find in it can sometimes be pungent or overwhelming, but with the clove and the brown-sugar spice, it blends with it in a way that makes it more approachable,” Hartman says.

The clove flavor also accentuates the smoky aspect of the cocktail, and the fresh citrus aroma of the burned orange peel adds freshness. The Iron Sickle may sound foreboding, but this warming drink is subtly sweet.

Evvy Fanning, owner of the classy, intimate cocktail bar Cheshire, somewhat secluded above Solera Wine Bar on South Avenue, is a high school English teacher by trade. Prior to opening Cheshire, she had never bartended before, though she comes from a family of mixed-drink aficionados that frequently hosted cocktail parties. Before opening the bar almost nine years ago, she did her research, visiting cocktail bars throughout Europe to see what worked and what didn’t.

Cheshire specializes in Prohibition-era drinks; Fanning calls its seasoned-bourbon Old Fashioned the bar’s “claim to fame.” With temperatures getting colder in autumn, she recently created her take on a Blue Blazer when a customer asked her for something warm.

The ingredients are deceptively simple: whiskey, sugar, and water. While the traditional liquor in a Blue Blazer is cask-strength Scotch, Fanning prefers bourbon. After stirring the ingredients, she caramelizes the sugar with a lit match, so that the cocktail is infused with the element of fire. The result has a boozy aroma, but is very sippable.

“The flavor is kind of cozy,” Fanning says. “It’s like comfort food.”

The mustachioed Donny Clutterbuck is a conspicuous presence behind the bar at Cure, a hip cocktail spot that shares space with Java’s in The Public Market. As Cure’s head bartender, he offers customers classic flavors and elegant, understated presentation. 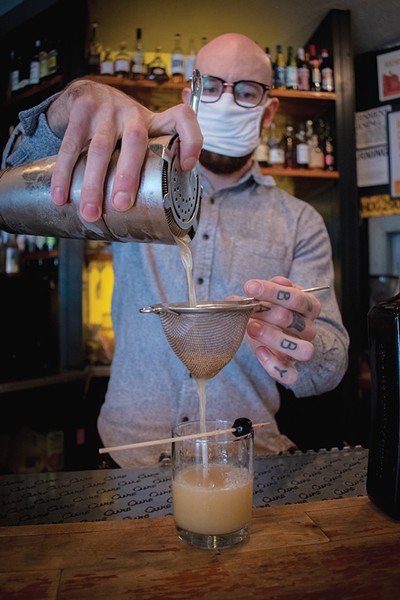 In this vein, Clutterbuck’s Fashionably Late is inspired by both the margarita and whiskey sour. The cocktail uses the strong orange-and-clove flavor of Caffo Vecchio Amaro del Capo combined with the molasses of a turbinado simple syrup for sweetness, which balances out the whiskey. Finally, lemon juice, tempered by a small amount of salt, adds additional character without being overly acidic. 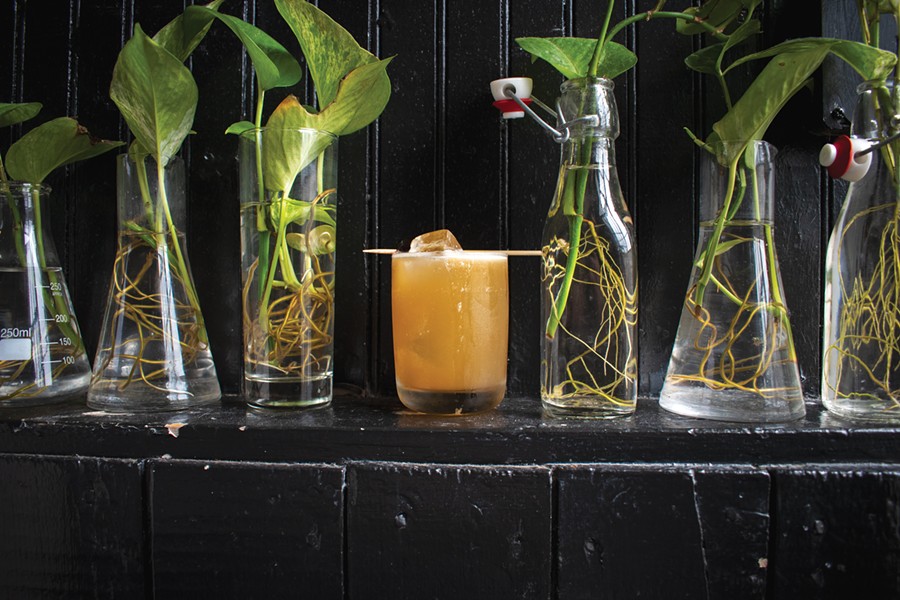 When it comes to other cold-weather cocktails, Clutterbuck is drawn to specific ingredients — and none of them are pumpkin. “Cinnamon, clove, orange, and curry are up there for me in terms of elements incorporated in the fall and winter,” he says. “But I typically find spirits or liqueurs that have hints of them.”