'They're under our feet:' Highland Park is home to hundreds of unidentified remains

PHOTO BY MAX SCHULTE A plaque in Highland Park marks the burial site of residents of the Monroe County Almshouse, Insane Asylum, and Penitentiary.
Several years ago, Gillian Conde was minding her own business in Highland Park, when she found out she was standing on a pile of bones.

She was at the Lilac Festival with a friend who had a small child. They were in the middle of the festival grounds, tucked between the Vietnam Memorial and the Lilac Arches, waiting for a pony ride. She noticed a stone on the ground with a plaque on it, surrounded by an orange snow fence.

"It was in that process that I actually noticed what it said," she said. "And it kind of took me aback."

The plaque reads, "This plaque is dedicated to the men, women, and children whose unmarked graves were discovered here in 1984. They are believed to have been 19th century residents of the Monroe County Almshouse, Insane Asylum, and Penitentiary that occupied this site."

Conde had been living in the area for years and had never heard this history of the park. The discovery plunged her into research.

"So then, slowly," she said, "I discovered the very interesting story that this was the backyard of the insane asylum, the almshouse, and the penitentiary."

A PLACE FOR THE VULNERABLE

In the 19th century, counties all over New York state were charged with looking after their more vulnerable members of society: the poor, those with mental illness, seniors, people with disabilities, orphaned children, and even criminals.

Monroe County was no exception.

Michael Keene wrote a book, "Madhouse," that talks about the facilities.

"I know there was a misnomer of people today believing these were hellholes and the people working in them were monsters," he said. "That’s just simply not the case."

In a time before social services, Keene says these institutions provided housing and working opportunities for those who would otherwise be homeless. They housed less than 100 people at a time. Residents and staff grew their own food, raised cattle, even sold goods at the public market.

"It's paradoxical," he said, "but one of the industries that sprouted up was the manufacturing of coffins."

Those coffins were not just sold for profit. People died in these institutions of contagious diseases, alcoholism, and old age.

And when somebody died, Keene said, "If there wasn't someone there to claim the body, they would be buried in an unmarked grave, sometimes a mass grave."

Brian Nagel argues the Highland Park Cemetery is not a mass grave.

"People hear mass grave, they assume bodies just thrown in," he said. "This is a cemetery. It was intentional, organized." 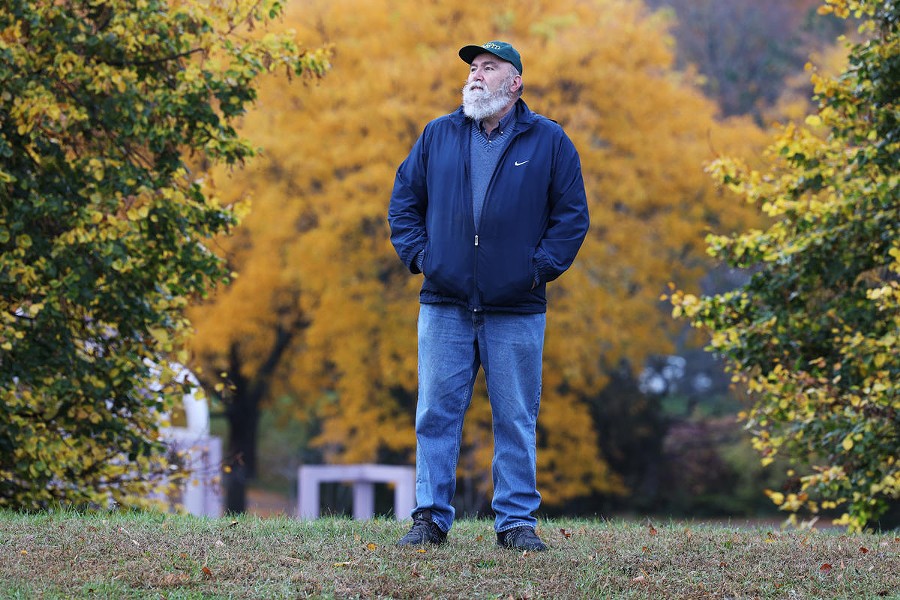 Nagel is an archeologist. He said this place is different from other old gravesites in other cities for a few reasons, but the big one is that no one knew it was here until the 1980s. No records indicated its existence.

So when a bulldozer doing landscaping in the park uncovered human skeletons in 1984, he and his team at the Rochester Museum & Science Center were called in to figure out where they’d come from.

The first day they arrived, he said they found a few human remains poking up through the sandy soil, but there were many more still buried deep in the ground. Each burial had its own coffin, though some coffins were stacked two, three, even four deep.

"They all had shrouds on them, burial clothing, some had rosaries, and then we found German coins in some of the burials, some wedding rings, simple ones," Nagel said.

Although records of the cemetery didn’t exist, they did find records for people who had lived at the almshouse in the mid-19th century.

People like Adoniram Perkins. An unmarried laborer, who died at 45 years old. Cause of death: leg amputation.

"We found one skeleton," Nagel said, "that had his legs amputated below his knees. Large man, mid-40s. And there was no healing at all on the bone, so we were pretty sure that we found him there in the ground."

Most other remains were less easy to identify, so their individual identities are still a mystery to this day.

Nagel’s team uncovered just over 300 skeletons over the summer of 1984. They were studied at RMSC, and later by the University at Buffalo’s anthropology department, before being laid to rest at Mount Hope Cemetery.

But Nagel says they didn’t get all of the bodies. He estimates there are still between 600 to 700 in the ground at Highland Park.

"They’re under our feet essentially," he said, standing in the park. "Could be half a foot down, could be down 4 feet."

For Gillian Conde, it didn’t seem right that the only thing memorializing these people was a plaque on a rock. Conde is a vice president at DePaul, a nonprofit that provides housing for people with addiction and mental health issues, as well as seniors and others in need.

"My entire career has been service of our most vulnerable," she said. "Clearly this resonated with me as a person because that’s my whole career. And it felt to me like, we're disconnected from the fact that we have people here." 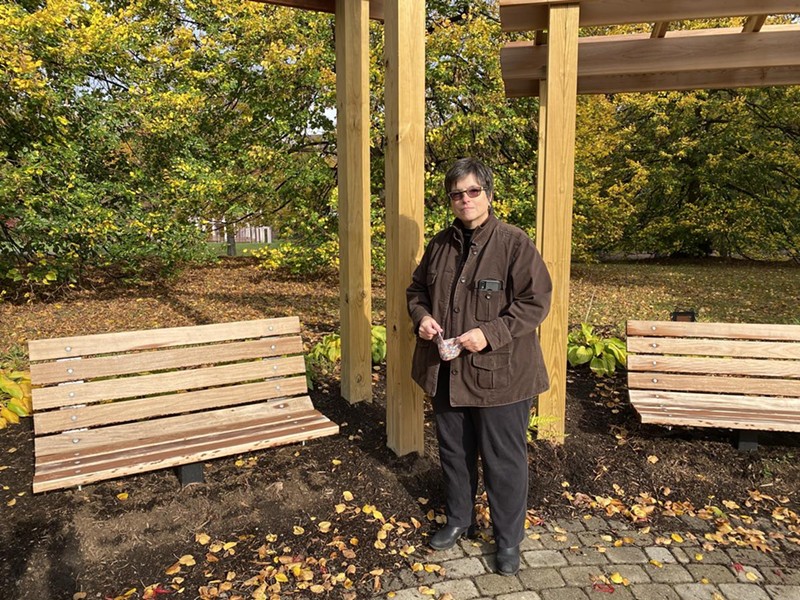 So she and her colleagues decided to do something about it. They raised money through bake sales and small donations, found volunteers, and helped build the Remember Garden — a small space in Highland Park Cemetery with benches, pergolas, plaques, pavers, and landscaping all designed to pay homage to what happened here.

"It’s been a place of real celebration ever since then," she said.

Conde says she hopes the garden can be a place where people not only reflect on the old institutions that once stood here, and the cemetery that still does, but also to remember that there are still vulnerable people in society.

The Remember Garden was recently upgraded just this year — with new construction and signage. And Conde says she’s more proud of it than ever.

"It seems to let this park play that dual role," she said, "of a community celebration area, with also, a remembrance of our vulnerable and what has happened to our fellow citizens.

"Which is really what community is, isn't it? A community is a combination of somberness and celebration."