They call him the 'Pigeon Man' of Rochester 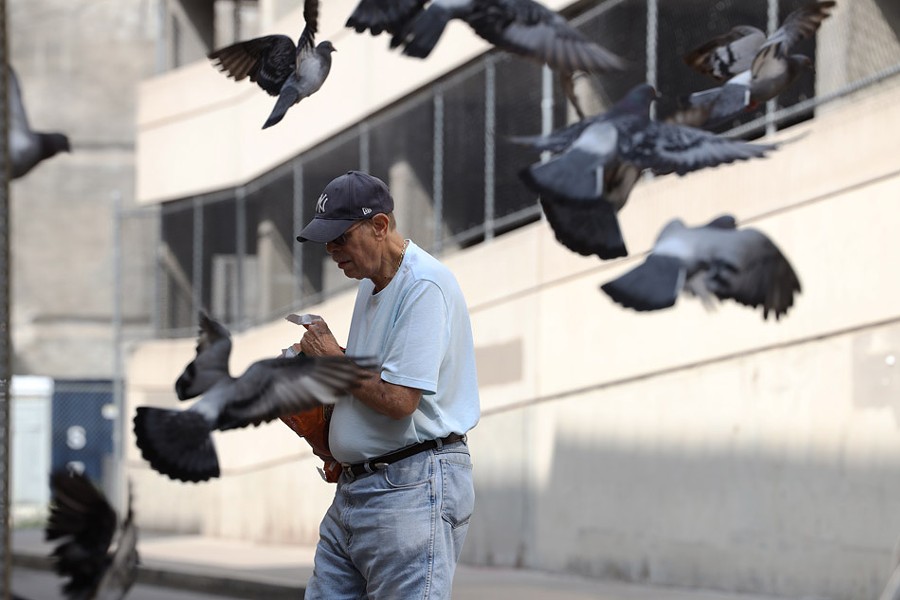 There are a just a few of them at first, then a dozen, then a dozen more. They keep coming from all over the city until a flock of maybe 100 has seemingly materialized out of thin air. Some of them strut defiantly along the sidewalk, but most alight on the window ledges and rooftops of the surrounding buildings, their cooing rising to a crescendo.

It is lunchtime and they know the “Pigeon Man” will be there soon with a bag of seed. That’s what the locals at the corner call Michael Picow, who’s been feeding the pigeons of Rochester almost daily for the better part of 35 years.

“They’re like family,” Picow, 76, says over a cacophony of flapping wings amid a tornado of pigeons as he shakes loose seed from a 20-pound bag. “They’re beauty-ful creatures.”

He speaks with an accent that, along with his sun-bleached New York Yankees cap, betray a youth spent on the Grand Concourse in The Bronx. If you closed your eyes and listened to Picow talk, you’d swear he was Alan Arkin.

Feeding the pigeons on Division Street was a daily routine for Picow for more than 25 years when he had a retail shop around the corner on Main Street. He scaled back his feedings to four days a week after he closed his business in 2014, driving downtown from his home in Greece just to spend a few minutes with the birds.

“I used to go seven days a week, but my wife said, ‘Nah, it’s too much,’” Picow says. “I pull up and they’re on top of my car waiting for their breakfast. They’re on my head, they’re on my shoulder, they’re on my bag, even.”

Most city dwellers regard pigeons in one of two ways: Feathered emissaries of nature that animate our concrete jungles or rats with wings. Rochester has no bylaw against feeding pigeons, but many cities do, and Picow says he occasionally catches grief for his pastime. 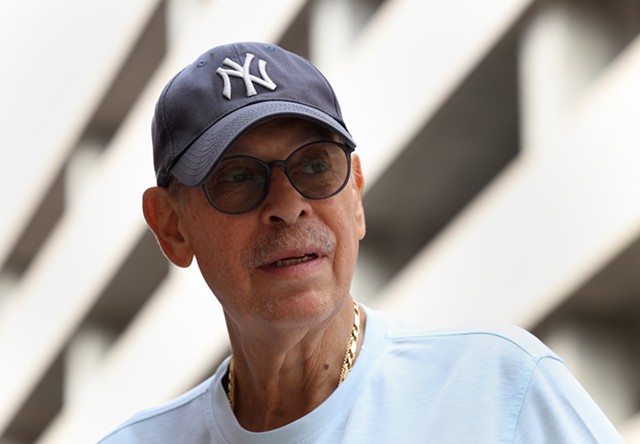 Pigeon droppings rapidly accumulate and carry disease, but their risk to human health is generally small, according to the Centers for Disease Control and Prevention and the New York City Department of Health and Mental Hygiene, which recommend wearing disposable gloves when cleaning them up.

The war of attrition between man and pigeon is relatively new, and parallels the rise of the modern pest control industry, explains Andrew D. Blechman, author of “Pigeons: The Fascinating Saga of the World’s Most Revered and Reviled Bird.”

“Pigeons got a really bad name after World War II, when food was abundant and being dropped on the ground,” Blechman says. “But humans have loved them since time immemorial, ever since Noah released a dove to seek land.” (“Pigeon,” Blechman points out, is a French-derived name for “dove.”)

For centuries, a note tied to a pigeon’s ankle was the fastest means of communication across long distances. Pigeons are said to have delivered news of the winners of the first Olympics to Greek villages in 776 B.C. and Napolean’s defeat at Waterloo some 2,500 years later. 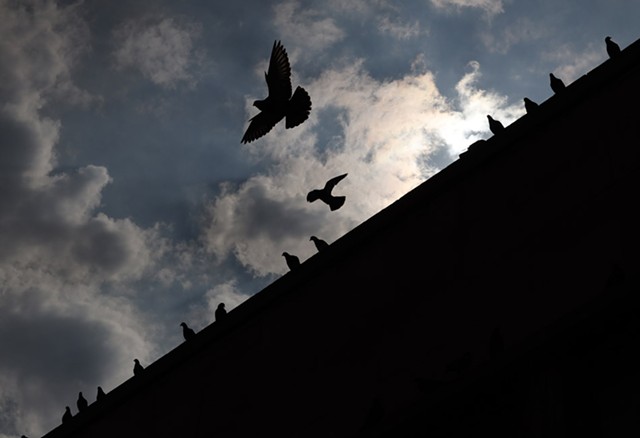 Racing pigeons is a popular sport worldwide and counts Queen Elizabeth II of England among its most famous practitioners. The monarch reportedly keeps a fleet of 200 champion racers in a luxury loft at her Sandringham estate.

The coops that Jamie Purpura provides for his birds at his home in Perinton is decidedly more modest.

Purpura has been breeding and racing pigeons for 40 years, and sells them and the equipment to raise them to people all over the world. He says most of his pigeons sell for between $5 and $20, but he recalls one bird with strong bloodlines fetching $500.

“Nothing turns me on more than getting someone started with pigeons,” says Purpura, 62, who is president of the Pigeon Fanciers Association of Rochester, a group of enthusiasts that counts about 20 members. “The trouble is, not enough people are interested.” 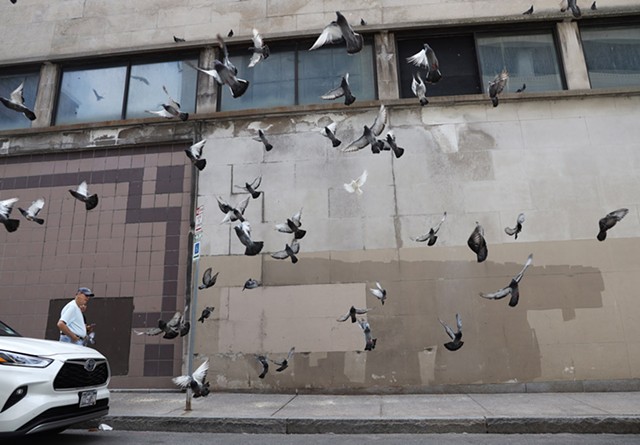 Pigeons are also known as “rock doves.” Their nature is to nestle on cliffs, like mountain goats of the skies, which is why they’re mostly found in cities on window ledges and rooftops. They don’t do trees.

Picow recalls childhood friends raising pigeons atop their apartment buildings in The Bronx and racing them around the boroughs of New York City. When he relocated to Rochester in his forties, he rediscovered his soft spot for the birds.

At the intersection of Clinton and Division, he curses motorists who take the corner too fast, sometimes clipping the pigeons as they pass.

Over the years, Picow figures, he’s nursed a dozen or so injured pigeons back to health in a cage he keeps in his living room in the home he shares with his wife and their grown daughter. If a pigeon dies, he says he buries it.

“Every time one of these guys drives like that and kills a pigeon,” Picow says, “a little piece of me dies inside.”